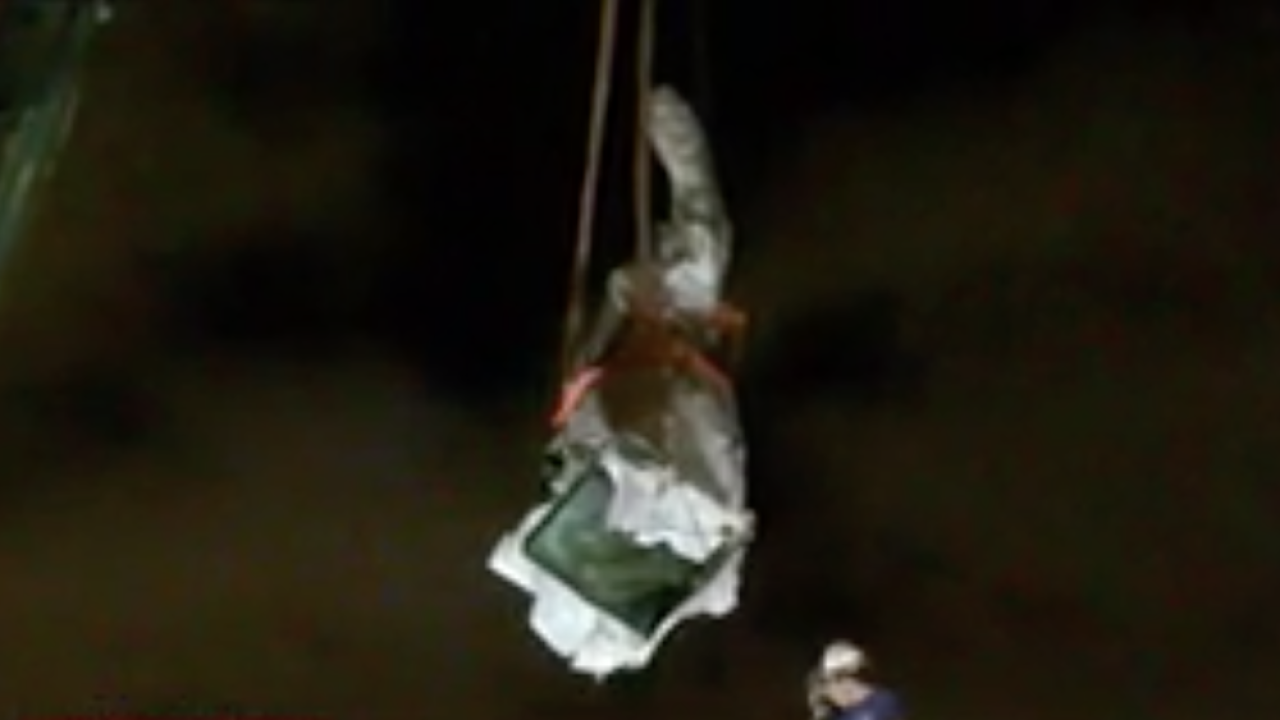 CHICAGO — A statue of Christopher Columbus in downtown Chicago's Grant Park was taken down early Friday, a week after protesters trying to topple the monument to the Italian explorer clashed with police.

Crews covered the statue, secured it with straps and used a large crane to remove the statue from its pedestal as a small crowd gathered to watch.

Several work trucks were seen in the area, but it was unclear where the statue would be taken.

Last Friday, 18 police officers were injured when protesters tried to topple the statue. According to CNN, protesters used fireworks, frozen bottles and rocks as projectiles. Twelve people were arrested.

The staute's removal also comes amid a plan by President Donald Trump to dispatch federal law enforcement agents to the city to respond to gun violence, prompting worries that the surge will inhibit residents' ability to hold demonstrations.

Protesters have targeted statues of Christopher Columbus across the country because of the explorers' controversial history of killing Native people upon his arrival in the Americas. Several cities have chosen to remove Columbus statues amid monthslong protests against police brutality and systemic racism.