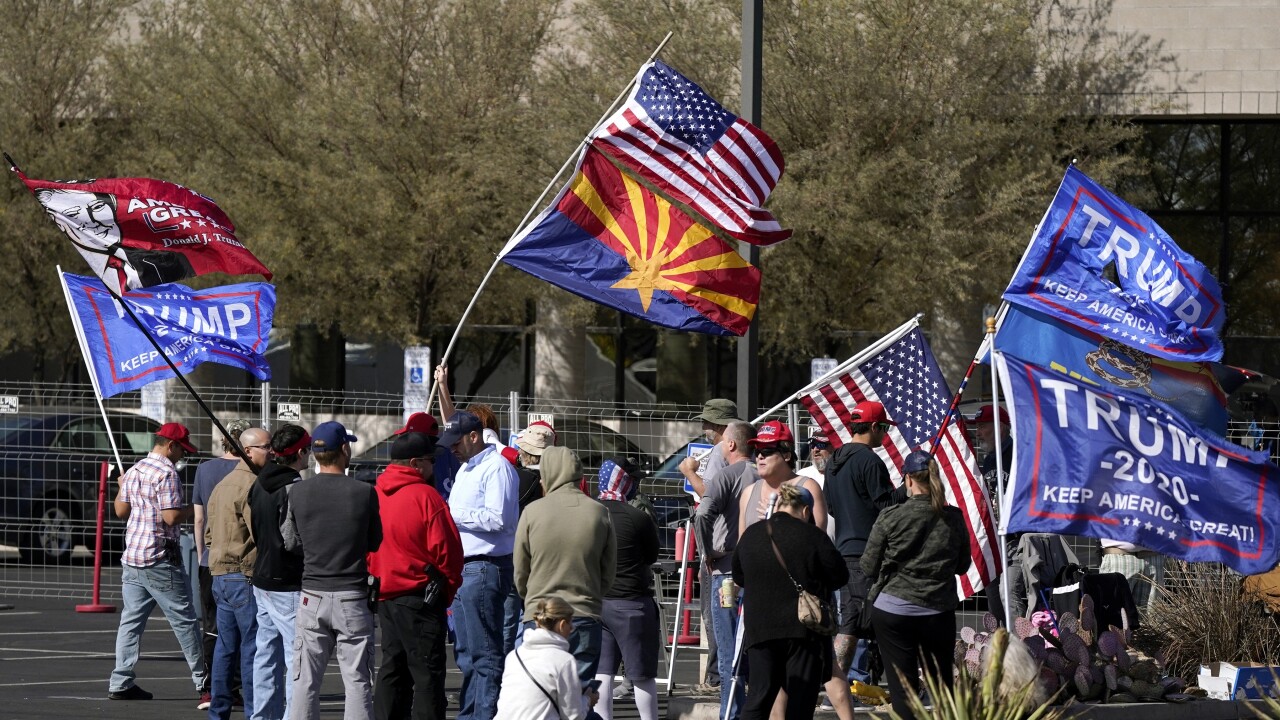 PHOENIX — The Trump campaign has reportedly dropped a lawsuit requesting a review of ballots in Arizona, CNN reports.

However, since the lawsuit was filed, Biden's lead in Arizona has grown, leading multiple media outlets Friday to project President-elect Joe Biden would win the state.