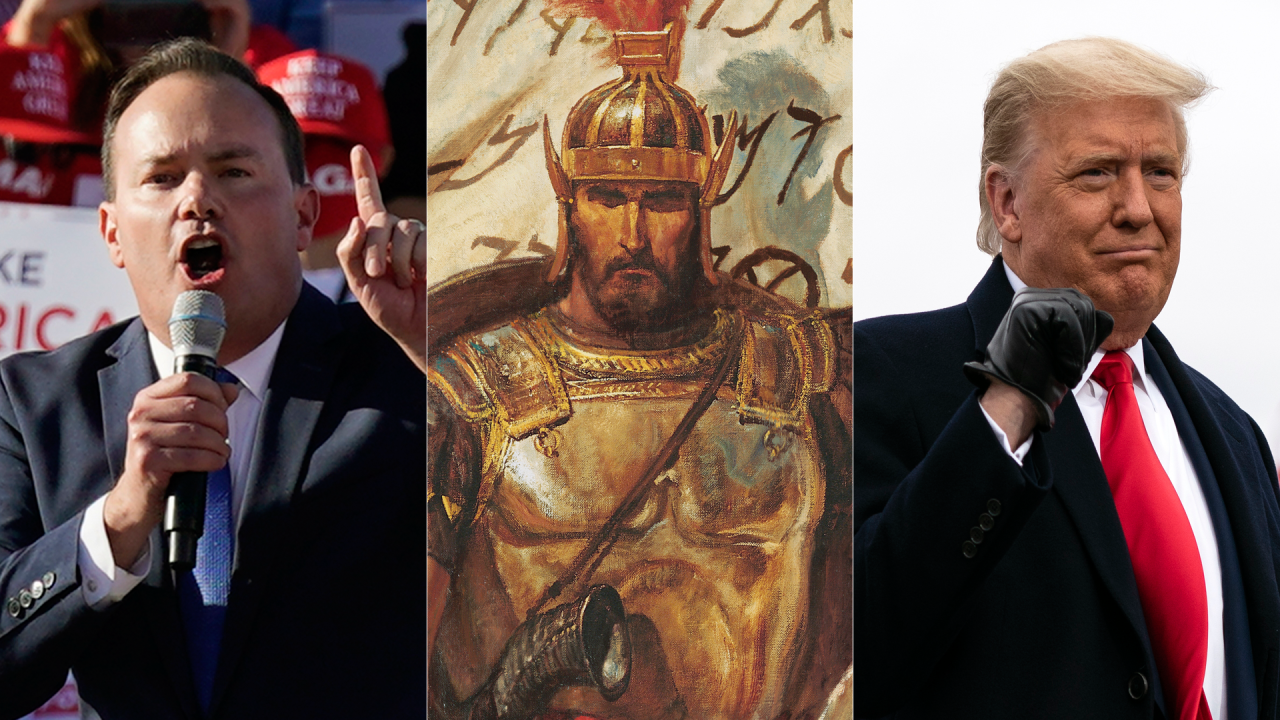 SALT LAKE CITY — U.S. Senator Mike Lee issued a statement on Facebook to clarify his much-derided comparison of President Trump to Captain Moroni, a military figure in the Book of Mormon.

During a campaign event in Phoenix, Lee, who is a member of the Church of Jesus Christ of Latter-day Saints, referred to Trump as "Captain Moroni," who, according to Latter-day Saint scripture, was a commander who led his soldiers to fight for freedom.

"To my Mormon friends, my Latter-day Saint friends, think of him as Captain Moroni," Lee said during a campaign event for Trump on Wednesday.

The comment drew backlash on social media, but Lee stopped short of an apology in a statement he issued Thursday.

"Some people found that comparison upsetting, blasphemous, and otherwise wrong. I respect their right to feel that way, and realize that my impromptu comments may not have been the best forum for drawing a novel analogy from scripture,"

Lee said his intention was not to liken Trump to a religious leader, nor to urge Latter-day Saint church members to vote for Trump, emulate him or agree with his actions.

"The point I was trying to make (however awkwardly) was far simpler: after working with and getting to know President Trump over the last four years, I now see him in a very different light than I did in 2016. In addition to the fact that I genuinely like him on a personal level, I have come to the conclusion that he has 's[ought] not for power, but to pull it down.' Translating Captain Moroni’s language into Donald Trump’s, he has relentlessly tried to 'drain the swamp'—for example, by avoiding new wars while winding down existing ones, reducing federal regulations, relieving the federal tax burden on working families, and reforming the criminal-justice system," Lee wrote, adding that Trump has an "abrupt and brash style."

Lee said Trump has exceeded his expectations in the president's endeavors to reform the federal government "even when it's hard and unpopular."

"Maybe the comparison I made was more distracting or offensive to you than helpful. That was not my intent. I do my best to say what I think in open and forthright ways at all times. I hope you will respect my right to do my best at that, even when my words come across in ways that offend you," Lee wrote in conclusion.