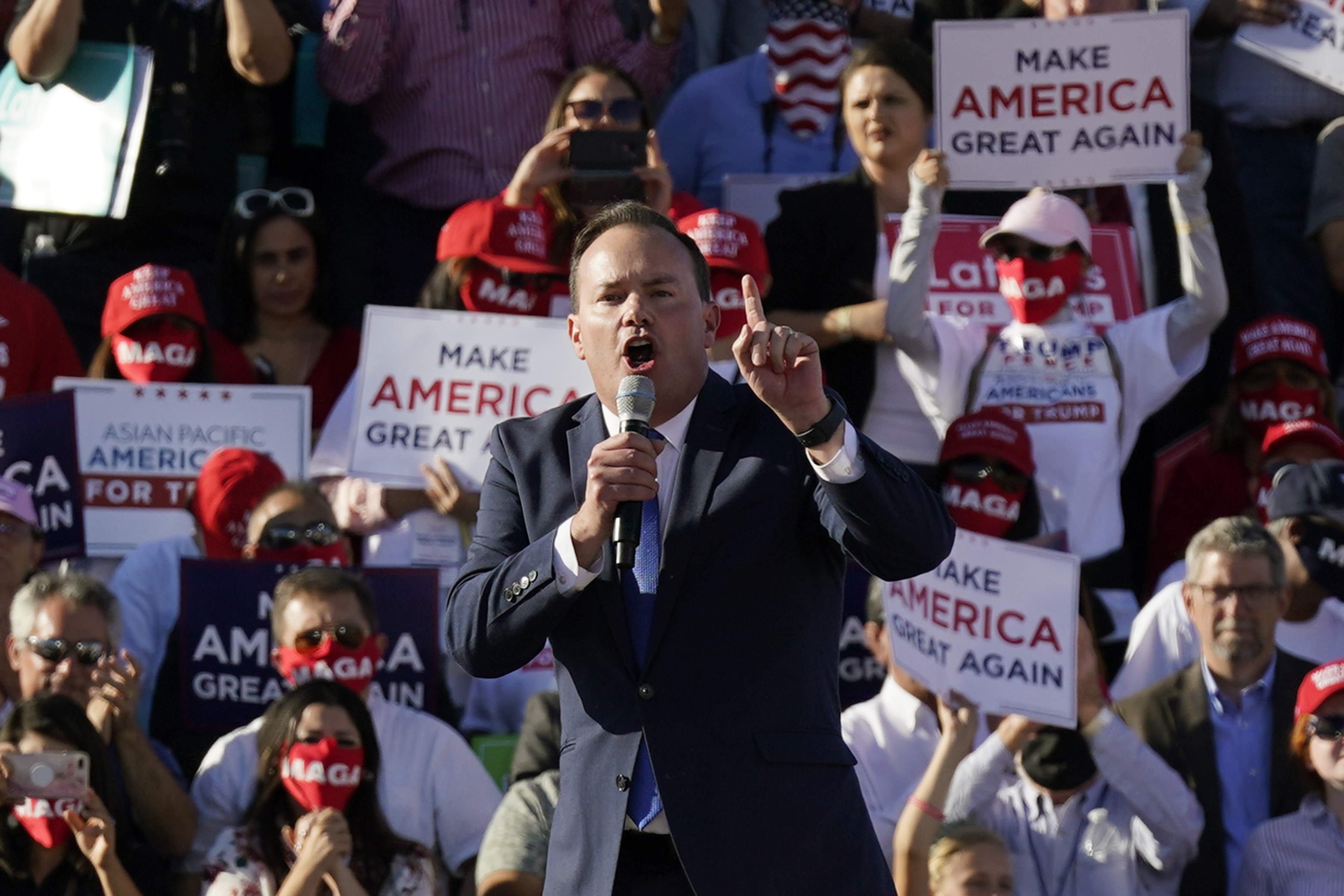 PHOENIX — Four years ago, Utah Sen. Mike Lee (R) was a staunch opponent of Donald Trump's efforts to be elected president. On Wednesday, the senator compared Trump to a hero of the Book of Mormon.

During a campaign event in Phoenix, Lee, who is a member of the Church of Jesus Christ of Latter-day Saints, referred to Trump as "Captain Moroni," the commander from 100 B.C. who led his soldiers to fight for freedom.

"To my Mormon friends, my Latter-day Saint friends, think of him as Captain Moroni," Lee said.

“These are the moves of a desperate campaign, one that fails to understand that governing from the extreme right does not work for our United States,” wrote Rob Taber, president of Latter-day Saints for Biden Harris, according to the Salt Lake Tribune.

Many on social media accused of the senator of blasphemy.

"My opinion, unequivocally, as a life-long Latter-day Saint AND self-appointed Captain Moroni fanboy: Mike Lee is full of [expletive]." Steve Lambson tweeted. "Trump never has been, is not, and will likely never be like unto Moroni."

"I was going to comment on the whole Mike Lee, Trump is Captain Moroni thing. However, I’ve always thought it’s better to completely ignore the weird dudes in Sunday School who completely misinterpret doctrine and their unhinged comments." wrote Ross (@ldsbishopNoMo).