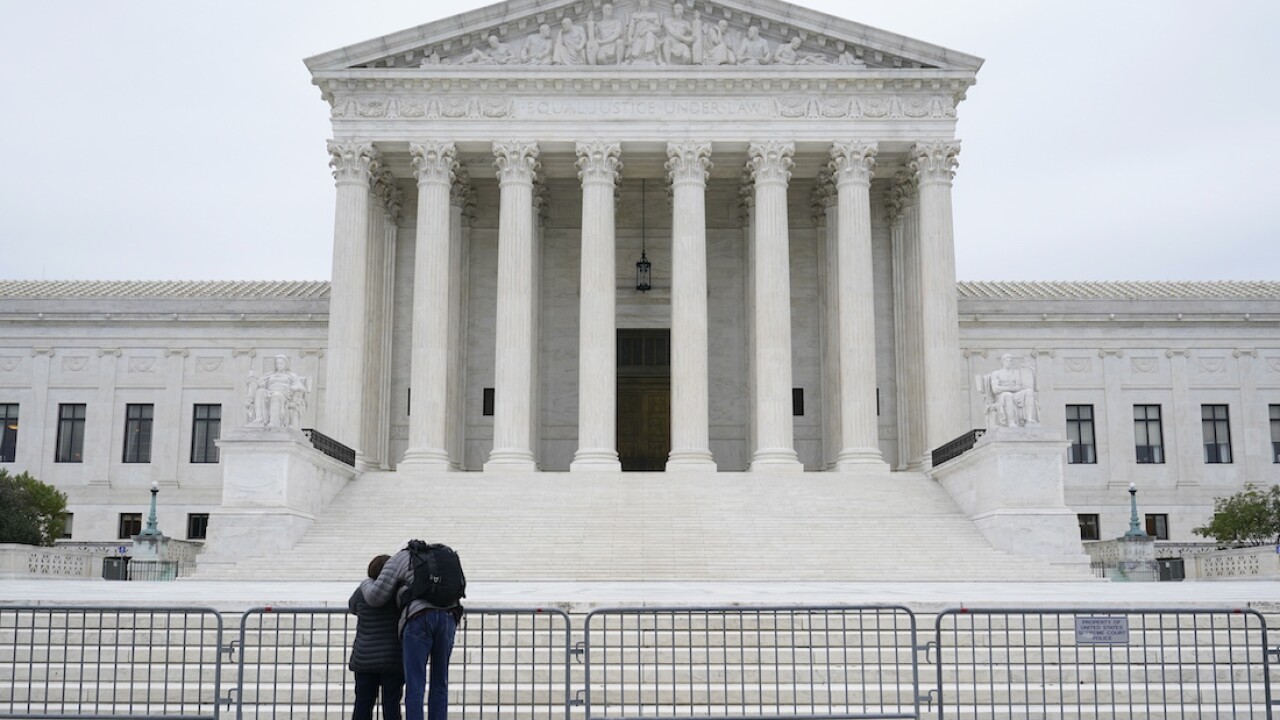 Copyright 2020 The Associated Press. All rights reserved.
Patrick Semansky/AP
A woman and man pray outside the Supreme Court on Capitol Hill in Washington, Tuesday, Oct. 27, 2020, the day after the Senate confirmed Amy Coney Barrett to become a Supreme Court Justice. (AP Photo/Patrick Semansky)

WASHINGTON (AP) — Acting in lawsuits involving absentee ballot deadlines in three battleground states, the Supreme Court has allowed extensions for ballots in North Carolina and Pennsylvania to remain in place.

But it has refused a plea for a relaxed deadline in Wisconsin.

In each case, Democrats backed the extensions, and Republicans opposed them.

All three states have Democratic governors and legislatures controlled by the GOP.

Last week, the Supreme Court tied 4-4 by upholding the ruling from Pennsylvania's Supreme Court that would allow election officials to receive and count ballots until Nov. 6, even if they don't have a clear postmark.

On Wednesday, the justices denied the motion to expedite a review of the state's Republican Party's appeal to exclude mail-in absentee ballots after the elections were over.

"There is simply not enough time at this late date to decide the question before the election," Justice Samuel Alito said in a statement alongside Justices Clarence Thomas and Neil Gorsuch. "That does not mean, however, that the state court decision must escape our review."

At first blush, the different outcomes at the Supreme Court seem odd because the high court typically takes up issues to harmonize the rules across the country.

On Wednesday, the justices said absentee ballots in North Carolina could be received and counted up to nine days after Election Day.

On Monday, the justices stated that ballots in Wisconsin must be received by Election Day in order to be counted, the Associated Press reported.

But elections are largely governed by states, and the rules differ from one state to the next.

Justice Amy Coney Barrett did not participate in consideration of either motion, the justices said.