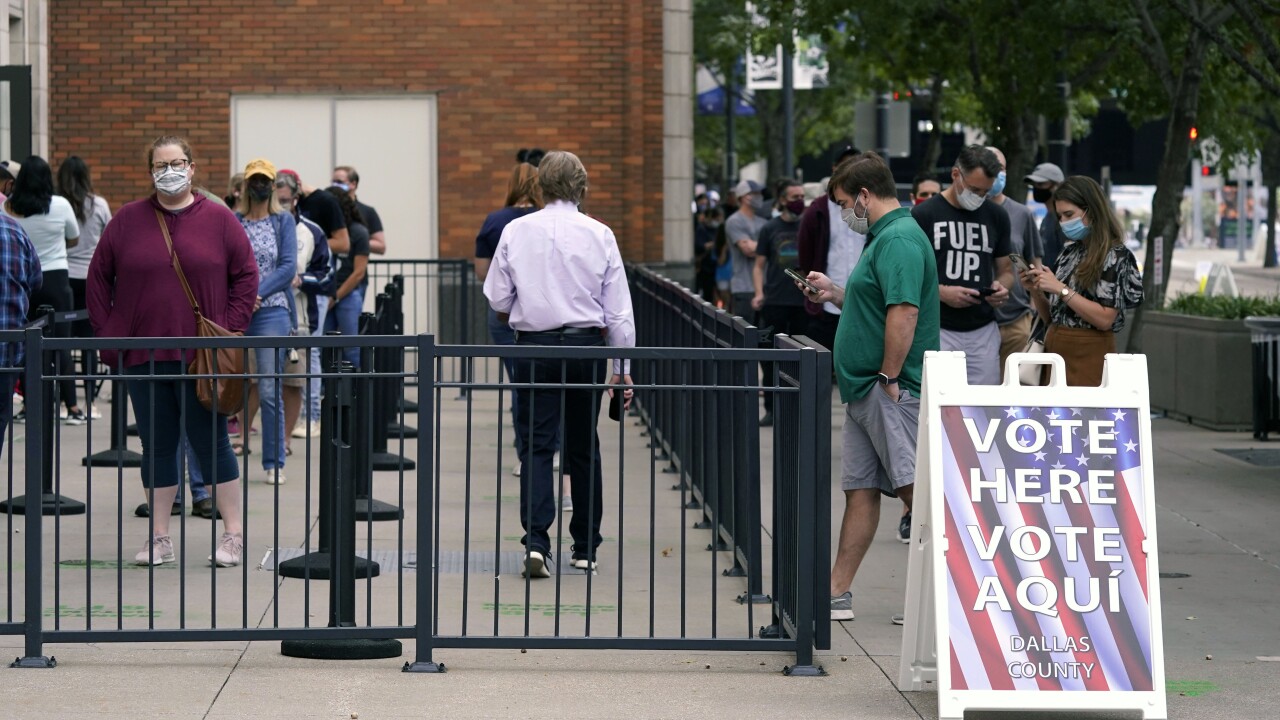 Copyright 2020 The Associated Press. All rights reserved.
LM Otero/AP
Voters line up and wait to cast a ballot at the American Airlines Center during early voting Thursday, Oct. 15, 2020, in Dallas. (AP Photo/LM Otero)

AUSTIN, Texas – More people have now voted early in Texas for Tuesday’s general election than voted in total in the state during the 2016 election.

As of Thursday, data on the secretary of state’s website shows a total of 9,009,850 Texans had voted either by mail or in person, and there’s still one more day of early voting in the state.

That number surpasses the record-breaking 8,969,226 votes that were cast in the state during the 2016 election.

The high voting turnout signals that Texas may be a true battleground state in the 2020 election.

Democrats are trying to take advantage of the enthusiasm to flip the traditionally Republican state and collect its 38 electoral votes. Though, pollsters at FiveThirtyEight show President Donald Trump is still “slightly” favored to win the state, with a 66% chance. That’s according to the website’s forecast, which is based on polling averages.

Still, Joe Biden's campaign appears to see potential in Texas and is even sending running mate Kamala Harris to the state Friday to campaign in the final leg of the presidential race.