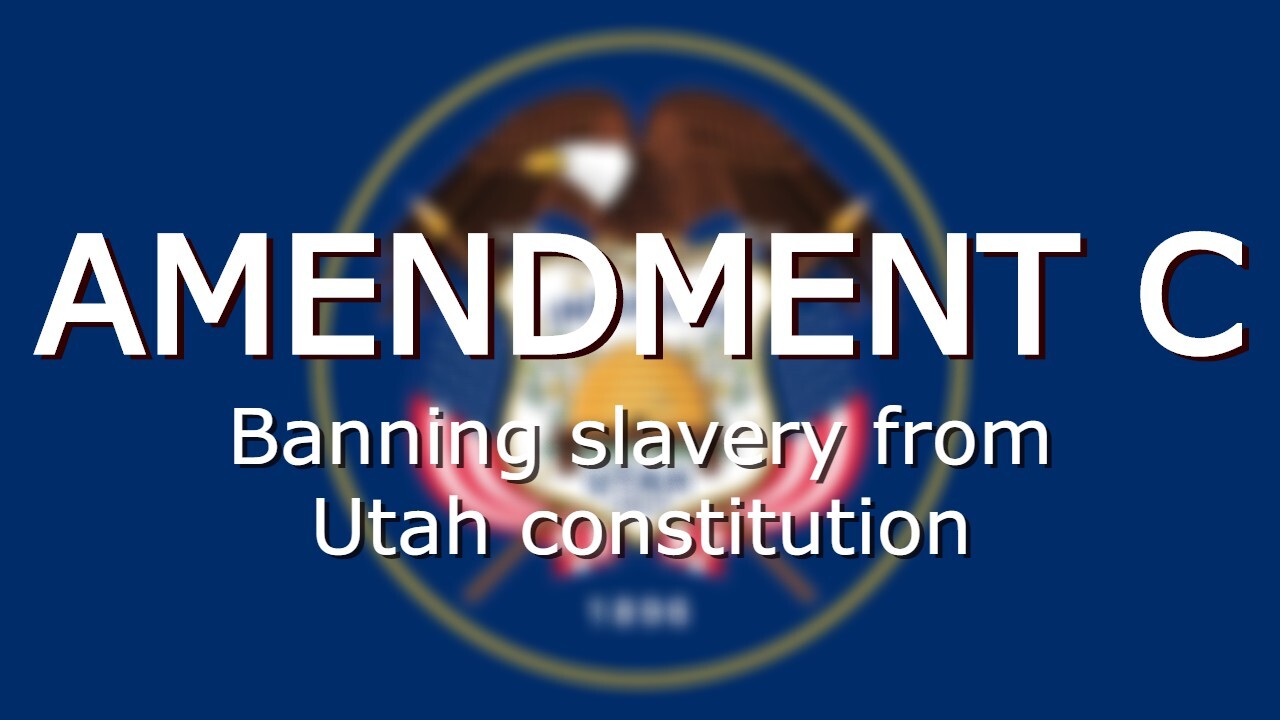 SALT LAKE CITY — Slavery, in all its forms, will now be officially be banned from Utah after Amendment C passed by an overwhelming marking on Election Day.

While Utah's constitution bans slavery, it currently allows slavery or involuntary servitude to be used as punishment for a crime in which someone has been convicted. That will no longer be the case when the constitution is changed following the passing of Amendment C.

The amendment passed with more than 81 percent of the vote, according to tallies recorded by 11:40 p.m.