One Chad Daybell supporter defends his innocence, another changes his tune 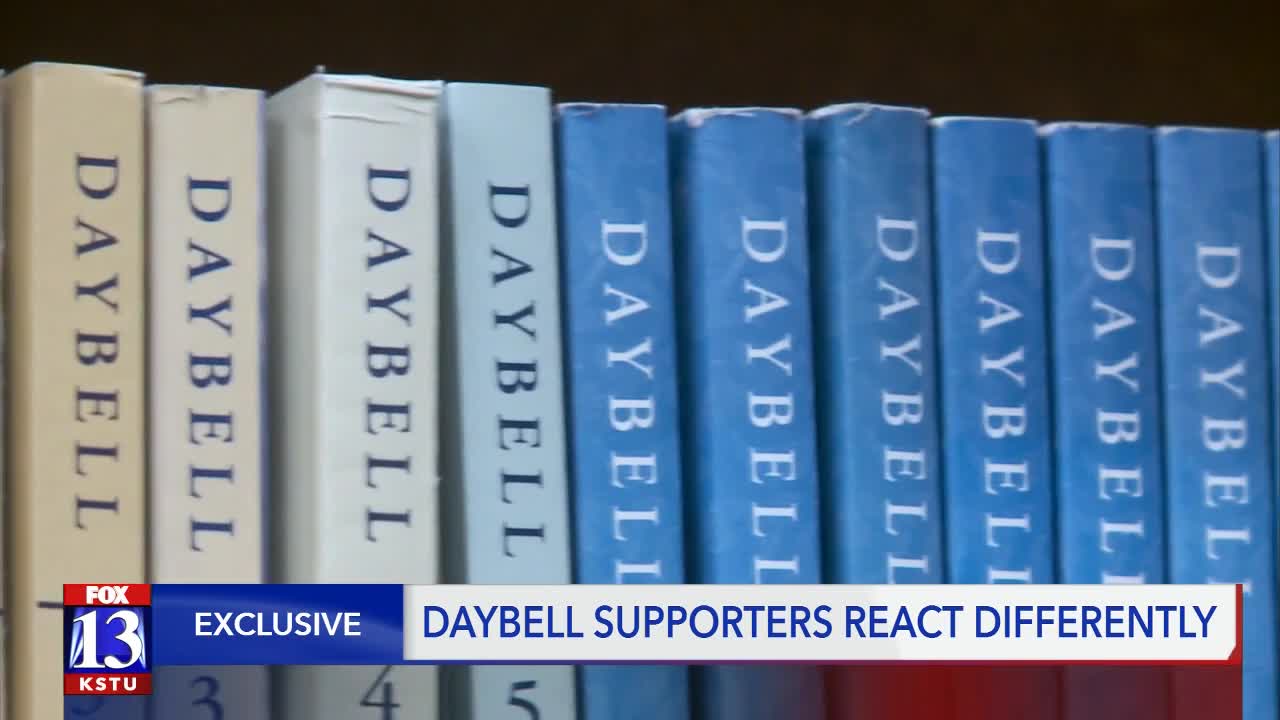 As more charges are filed against Chad Daybell, his supporters have different reactions.

SPRINGVILLE — Now that police have found the remains of two missing Rexburg children buried in Chad Daybell’s backyard, some of his supporters are changing their tune while others continue to defend him.

FOX 13 previously reported on Hector Sosa Jr. and his shutdown website Pathway to Zion in March.

Sosa is one of many authors who claims to receive visions about the end of the world and has published books through Chad Daybell’s publishing company.

At the time, Sosa wrote he was shutting down Pathway to Zion in order to protect members of the forum from being excommunicated from the Church of Jesus Christ of Latter-day Saints.

“For your own protection, do not discuss non-mainstream topics in public,” he wrote. "The drama with Chad and Lori has emboldened unscrupulous local church leaders across the United States to use memberships to different communities as a sign of apostasy."

“I don’t think anything good is coming from these forums,” an anonymous member told FOX 13. “It seems like they’re taking bits and pieces of LDS doctrine and they’re twisting it… It still seems like he’s defending Chad.”

Sosa declined to provide a comment to FOX 13 at the time. After the story ran, he published his “rebuttal” on a different website.

Since the discovery of the remains of JJ Vallow and Tylee Ryan in Chad Daybell’s backyard, Sosa has continued to decline to say anything negative about his old friend.

Instead, Sosa has criticized the “Court of Public Opinion” for “already deciding that those two are guilty.”

“There are a couple of things that people have seemed to forget,” Sosa wrote. “1) In America, people are innocent until proven guilty. 2) In America, everybody gets their day in court. The new evidence has brought a bunch of new questions and old ones that remain unanswered. America deserves to know the truth. I will hold judgment until the evidence gathered so far is made public during the trial.”

I tried to speak to the Sosa family in March.

Since the discovery of JJ and Tylee, he has declined to say anything negative about his old friend.

He refers to the children as "new evidence" that "has brought a bunch of new questions and old ones that remain unanswered." https://t.co/RtjiAZcmpR pic.twitter.com/xBZfzc9JFl

Christopher Parrett was an even more outspoken supporter of Chad Daybell until recently.

For months, Parrett was the only person close to Chad Daybell or Lori Vallow willing to publicly say he knew the “real” story about what happened to JJ and Tylee.

Prior to Chad Daybell’s arrest, he wrote that he felt “vindicated” after speaking to Chad Daybell and Lori Vallow on the phone “for almost a full hour.”

At the time, he blamed a “nasty, ugly custody case… being driven by grandma” and “lies that have been posted on social media and in the ‘lamestream news.’”

After Chad Daybell’s arrest, Parrett and his wife spoke to FOX 13 explaining that they felt terrible and that they had no idea the kids were dead. They also said they wanted people to know they “had nothing to do with this.”

Parrett declined to reveal to FOX 13 what Chad Daybell and Lori Vallow allegedly told him on the phone.

He has since posted an apology and explained that he is cooperating with law enforcement.

“We spent 3 hours going over a wide variety of subjects,” Parrett wrote on the AVOW website. “Once again I offer up my personal apology to any and all that I may have hurt in my over-zealous defense of Chad. I was oh so very wrong.”

Unlike Hector Sosa, the owner of Another Voice of Warning (Christopher Parrett) has changed his tune.

Parrett was an even more outspoken supporter of Chad Daybell until recently.

Now he says he is cooperating with law enforcement.

The Rexburg Police Department has not confirmed or denied whether they have interviewed Parrett. Police have also not commented on how his knowledge could impact the investigation.

Chris Bertram, the retired deputy chief of the Unified Police Department, said it is critical for investigators to secure cooperation from members of Chad Daybell’s friends and family.