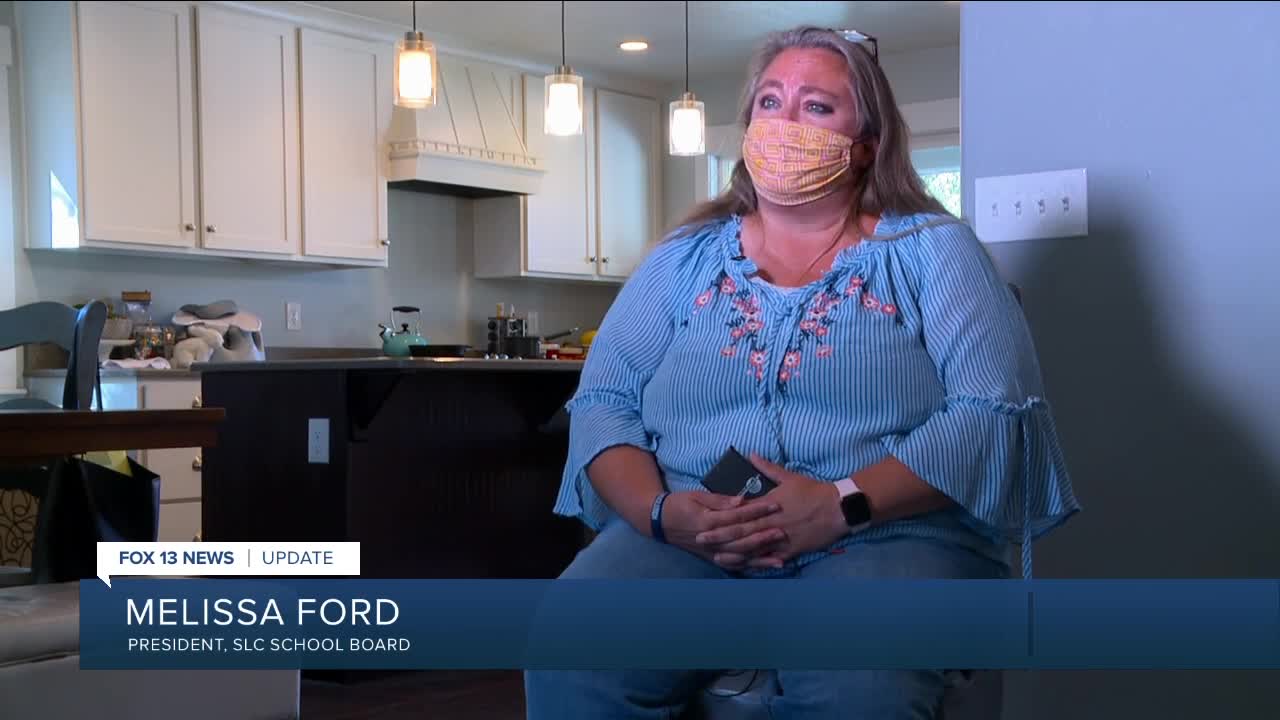 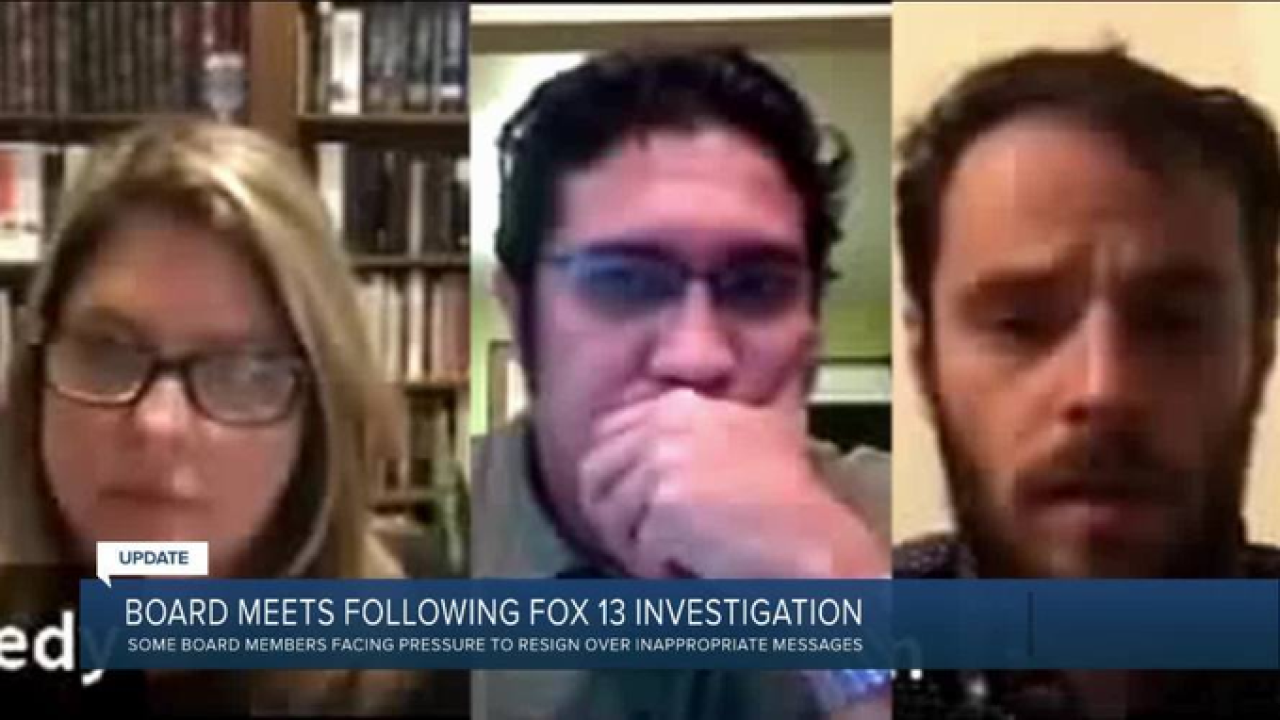 Melissa Ford, president of the SLCSD board of education, apologized to parents and employees who felt "disparaged or embarrassed" by inappropriate text messages and emails sent between board members.

"Recently, you have likely read or seen stories about some of our Board members behaving in a manner not in keeping with the high standards of the office to which you have elected us," Ford wrote. "To put it simply: you and our students deserve better. This is not who we want to be as a Board; it does not represent the behavior we want to model for our community, and especially for our students."

"I didn't have anything to apologize for," Nemelka said. "They did."

FOX 13's investigation did not reveal any inappropriate messages sent by Ford.

However, Ford was the recipient of angry messages from Kennedy during a board meeting that did not end on time.

The following messages, sent by Kennedy on July 21, have been censored by FOX 13.

In an exclusive interview with FOX 13, Ford said she was mostly concerned with insults and name calling directed towards SLCSD employees and parents, not with the profanity thrown her way.

"I can discuss my own personal matters with (Kennedy) personally," Ford said. "It was unfortunate that community members felt hurt... It’s hurtful and it’s hard, and it’s kind of a gut punch to think this is going to distract from the really important work that we’re doing and that we contributed to that distraction."

Jennifer McCoy, a teacher at East High School, sent an email to FOX 13 complimenting the way Ford has handled the situation on behalf of her colleagues.

"Melissa (Ford) is doing an amazing job trying to lead our district through an extremely difficult, highly divisive situation, and has never stopped fighting for what's right and safe for our students, families, teachers and staff," McCoy wrote. "She and the other unsullied schoolboard members are scrambling to manage all of the peripherals from the pandemic, while fighting the recent schoolboard behavior dumpster fires."

Ford promised SLCSD will take "immediate corrective steps" to rebuild the reputation of the board and to regain parents' confidence and trust.

"We are determined to get this right," she wrote. "We will have a facilitated, professional development discussion on our ethical and professional responsibilities, including the need for appropriate and transparent communications (see Board Policy B-1) during either our November 17, 2020 or December 1, 2020 Board meeting."

Ford also stated the board will be meeting with their attorney to provide additional training on the Open and Public Meetings Act due to concerns raised by FOX 13.

"This will take place during one of our scheduled Board meetings," Ford wrote. "As we recommit ourselves to serving you with dignity and respect, we want to thank you for your patience and understanding. We value your input and request that you continue to reach out to us as we move forward in a deliberate, transparent, and trustworthy manner. We value your input. We cannot do our jobs well without your feedback, even—actually, especially—when it is different from our own opinions. Only together and representing all voices can we make decisions in the best interest of all our students."

Some parents have expressed they were disappointed with a lack of apology at the last regularly scheduled SLCSD board meeting.

"I actually had good faith that there was a little bit more of a trustworthy process and that has made me feel so sad," mother Julie Mulcock said. "It’s pretty disappointing. It’s very immature... If a teacher behaved that way, a teacher probably wouldn’t keep their job very long."

Nemelka filed a formal complaint last week, asking for an internal investigation into the conduct of Kennedy, Salazar, and Hanson. He said he would drop the complaints if the board members step down.

"The attorney has 20 days to respond," Nemelka said.

Although there has been internal and external pressure for some board members to hand in their resignations, Ford said that's not her call to make.

"What does that look like?" asked FOX 13 investigative reporter Adam Herbets.

"Through an election process," Ford responded.