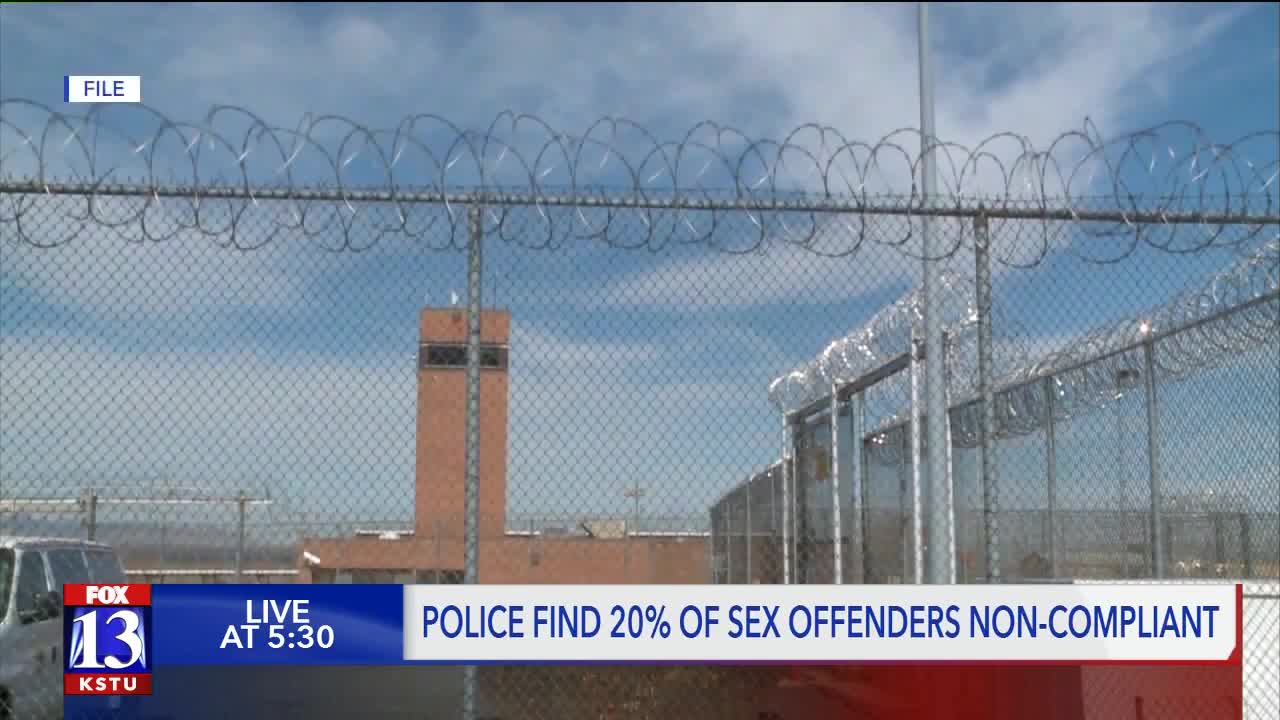 A massive operation by law enforcement found a troubling number of registered sex offenders are not complying with state requirements.

SALT LAKE CITY — A massive operation by law enforcement found a troubling number of registered sex offenders are not complying with state requirements.

The U.S. Marshal for the district of Utah believes “Operation Reboot” is the largest compliance operation in the state.

Organizers set a goal of checking in with 1,000 offenders and found 20 percent were in violation of the conditions required for registered sex offenders.

During the first two weeks of August, federal, state and local law enforcement went door to door in a surprise check of registration compliance of people convicted of sex crimes.

“If you can make sure an offender is not creating another tidal wave of destruction by offending against another child, I know we’ve accomplished something,” said West Jordan Police Chief Ken Wallentine.

The operation spanning from Weber to Washington Counties found one-fifth of offenders were non-compliant, which led to the prosecution of at least 42 people, according to U.S. Marshal Matt Harris.

“This is a big deal,” Harris said during a press conference Tuesday.

Harris highlighted the arrests of four people for crimes that include unlawful activity with a minor, rape of a child, or violating parole after being convicted of numerous crimes against children.

“I can’t underestimate the importance of this operation. An operation like this sends a message to sex offenders that law enforcement is watching and if you don’t register and you don’t pay attention to the law, we will come to get you,” Harris said.

“This type of operation shows how ridiculous the demands are to defund the police, to defund law enforcement. Who will protect our children?” Huber said.

There are currently 8,000 registered sex offenders in Utah.