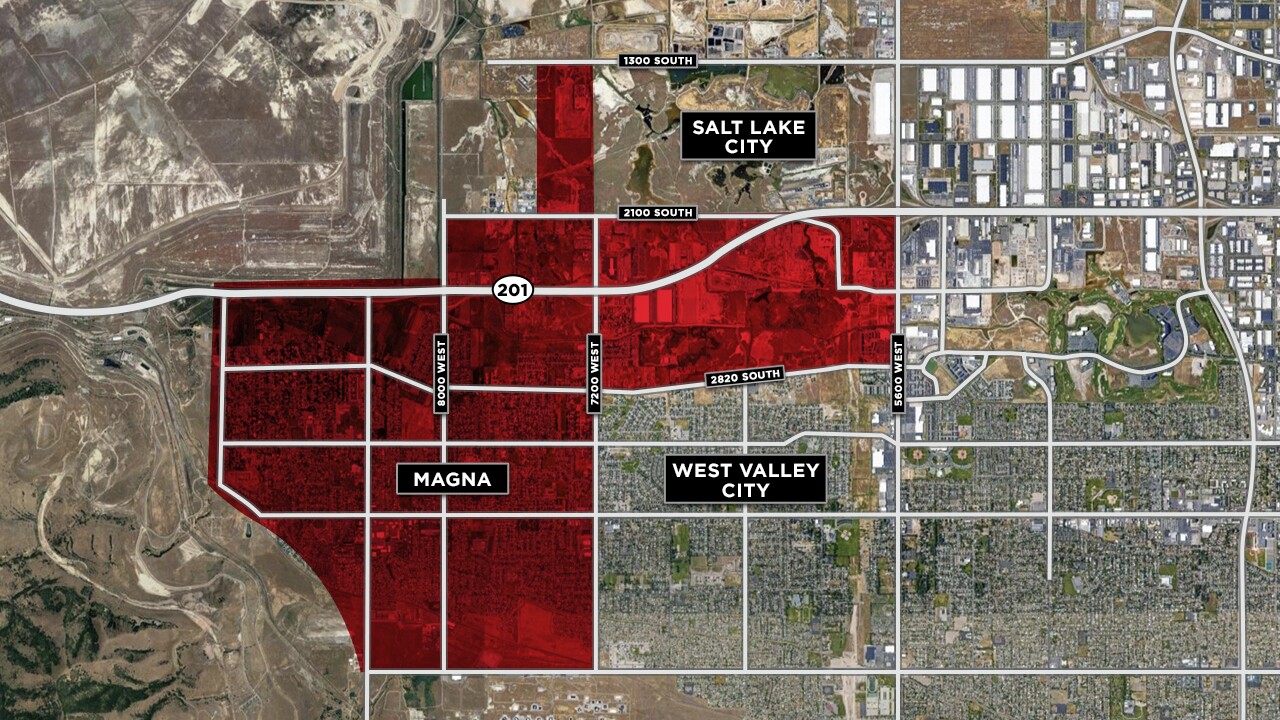 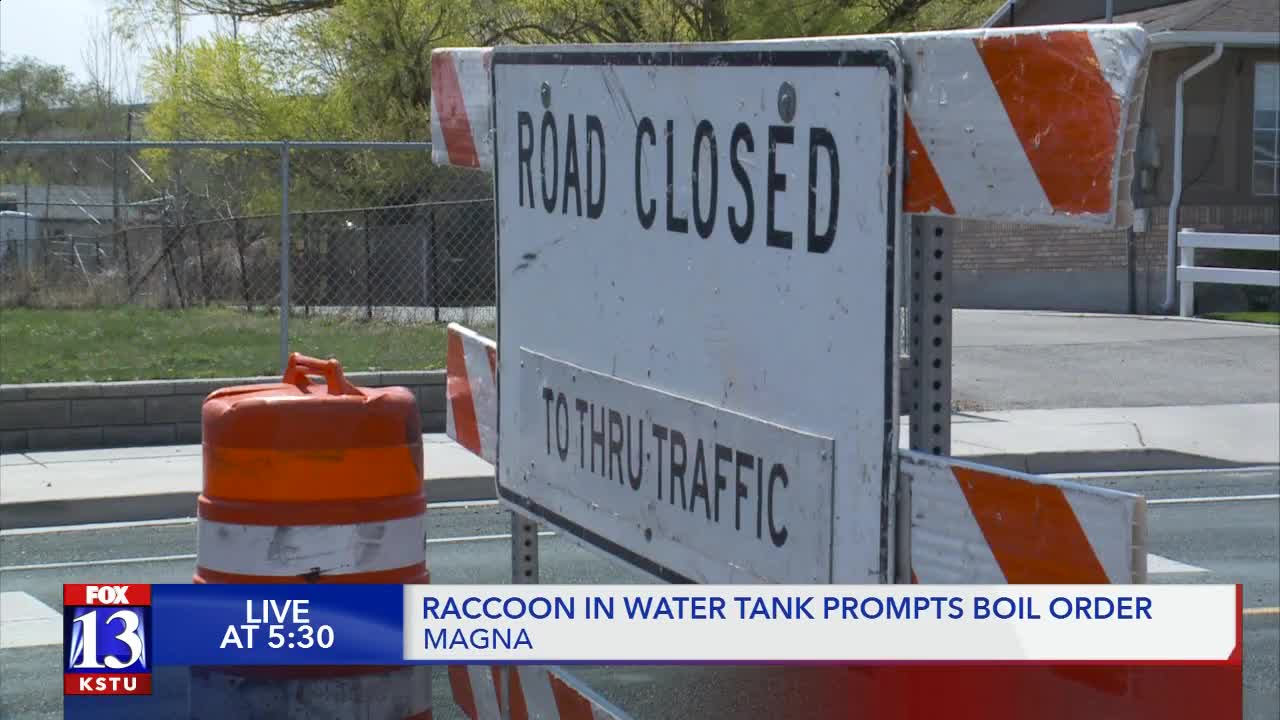 MAGNA, Utah — Magna Water District issued a boil order for the entire district service area after the discovery of a raccoon in one of the district's storage tanks.

The boil order affects residents and businesses in the entire Magna Metro Township and parts of Salt Lake City and West Valley City.

People in the Granter-Hunter Improvement District are not affected.

People in the affected areas are urged not to use the tap water unless the water has been boiled for five minutes and allowed to cool. Boiled or bottled tap water should be used for drinking, making ice, brushing teeth, washing dishes and food preparation.

The tap water may contain e. Coli bacteria, which can cause diarrhea, cramps, nausea, headaches or other symptoms. The bacteria can pose special health risks for infants, young children, some elderly people and others with severely compromised immune systems, a news release from Magna Water District said.

According to a news release from Magna Water District, a screen on a storage tank had been removed by a contractor who was working on construction improvements.

"The contractor was notified of the deficiency and immediately reinstalled the screen to prevent future incidents. Contractor indicated the screen had been removed within the past week and a half. The condition of the raccoon also indicates it had not been in the tank long before it was discovered and removed," the news release said.