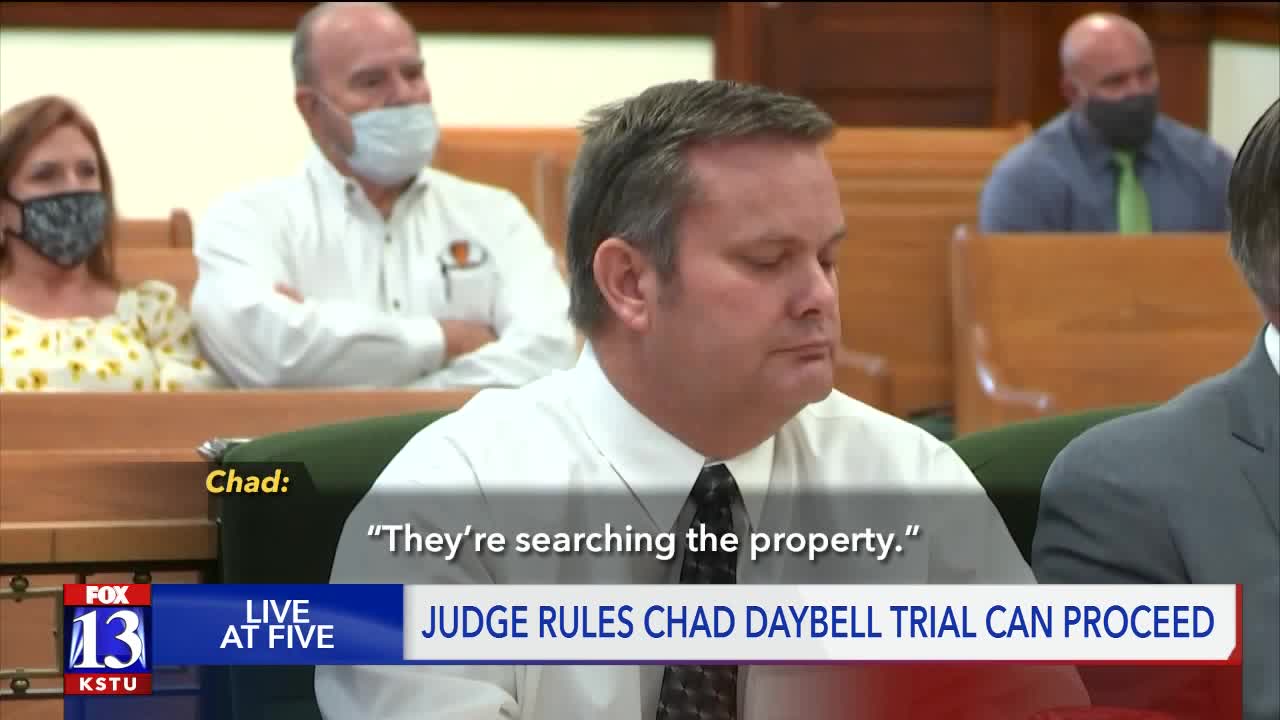 Chad Daybell will face a trial in District Court to answer to his charges in connection with the disappearance of JJ Vallow and Tylee Ryan, Magistrate Judge Faren Eddins ruled Tuesday. 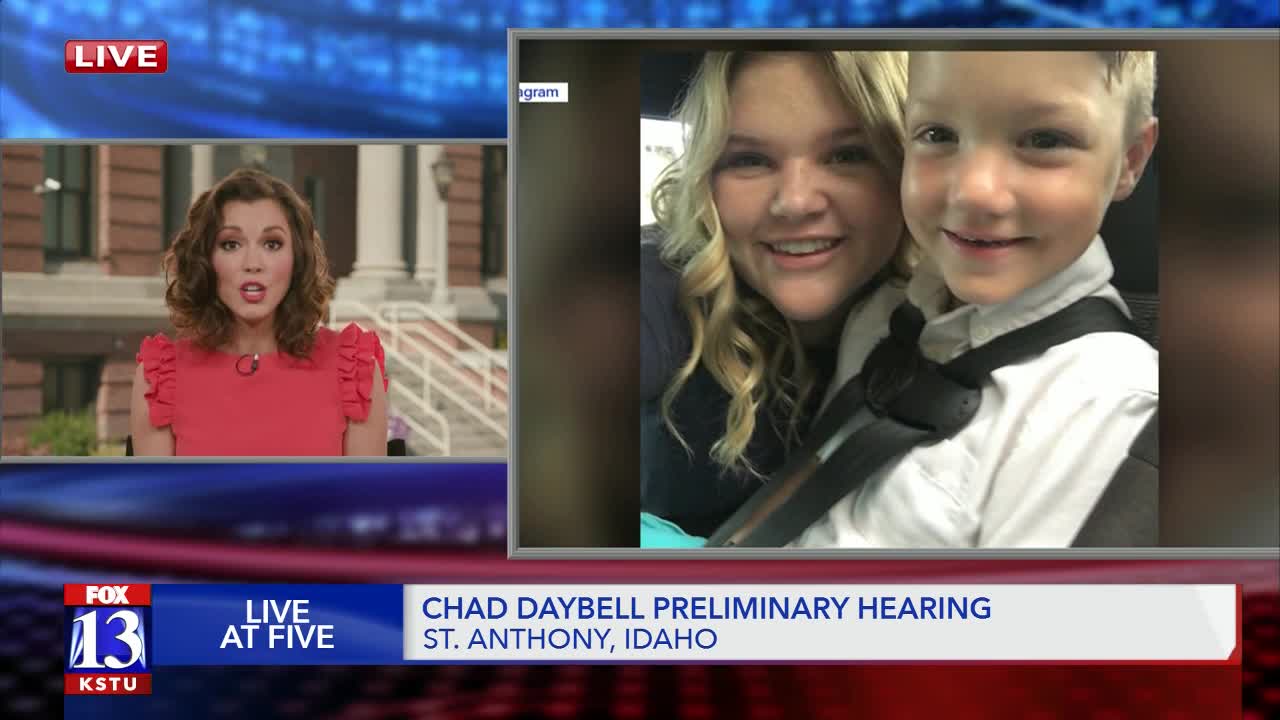 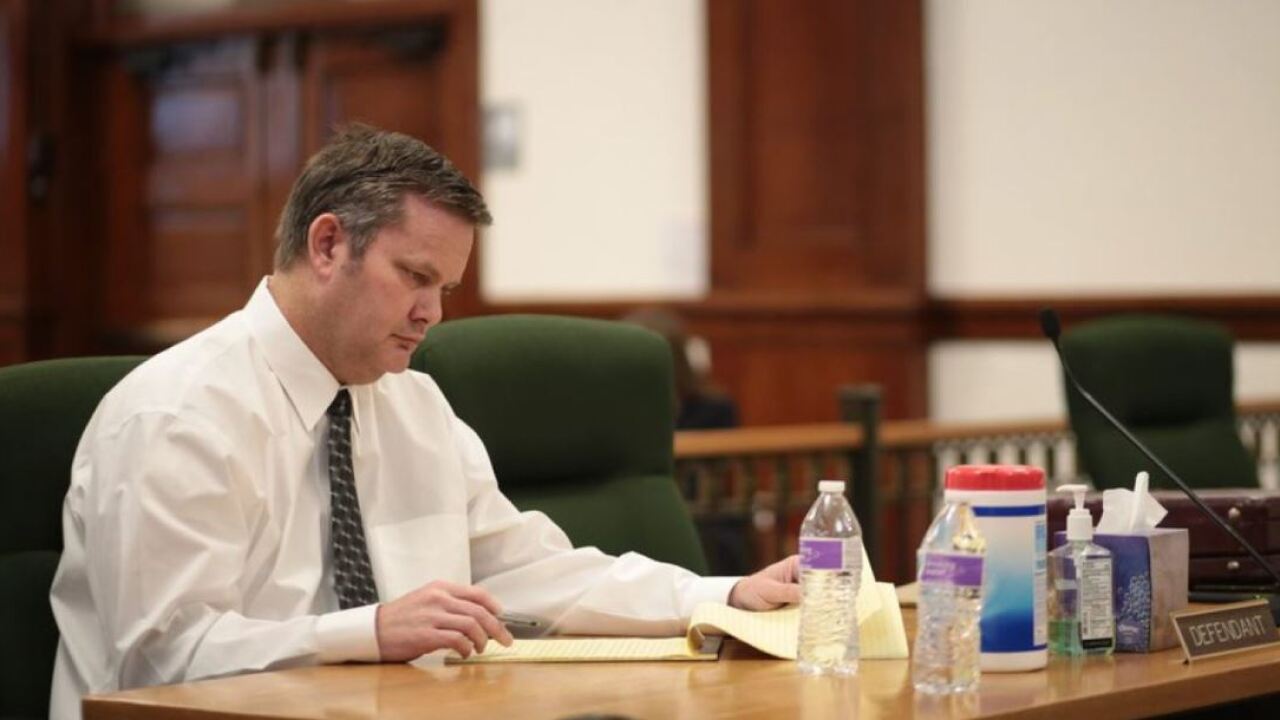 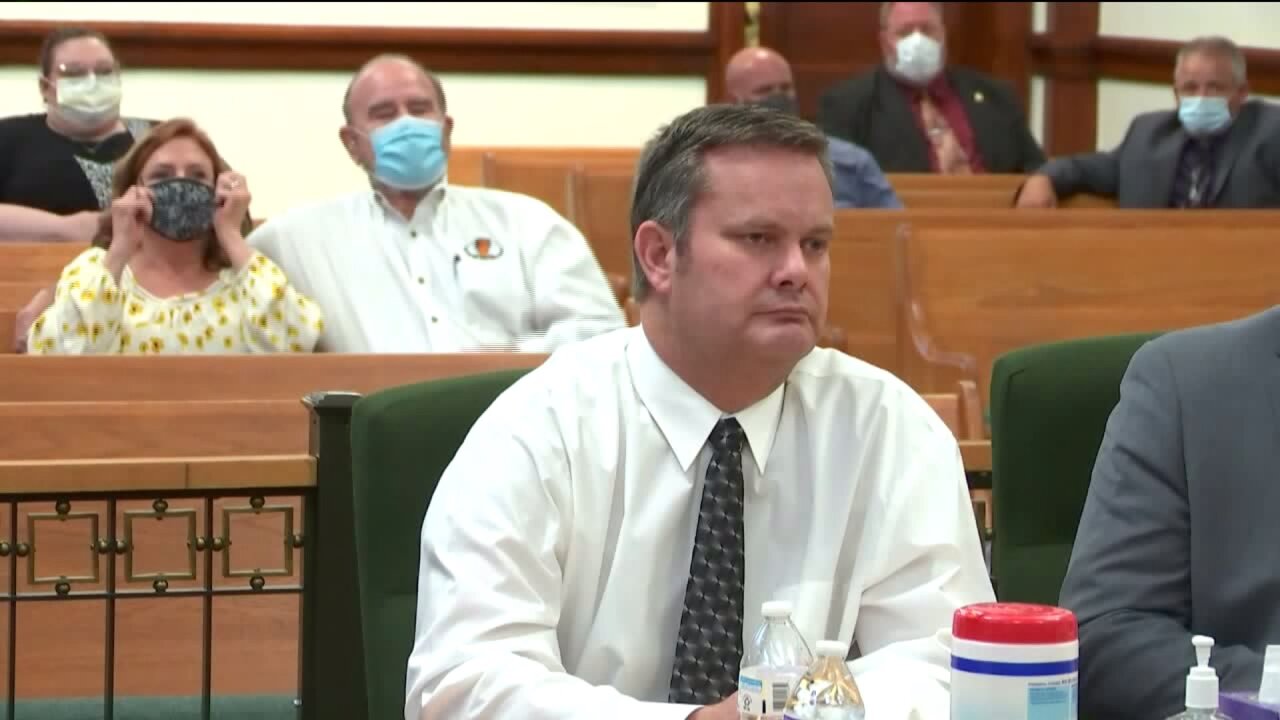 ST. ANTHONY, Idaho — Magistrate Judge Faren Eddins ruled Tuesday that Chad Daybell will face trial in District Court to answer to his charges in connection with the disappearance of Joshua "JJ" Vallow and Tylee Ryan.

The kids had been missing since September, until their remains were found buried in Chad Daybell's backyard on June 9.

Judge Eddins made the ruling after hearing two days of testimony from 12 witnesses, along with closing arguments from state prosecutor Rob Wood and Daybell's defense attorney John Prior.

This is the list of all witnesses who testified during Chad Daybell's preliminary hearing.

I expect many of the same people will testify next week at Lori Vallow's hearing. pic.twitter.com/9E9vNOxGU3

He entered the courtroom each day wearing a bulletproof vest, but not wearing a mask as he sat next to his attorney.

Access to the courtroom was limited due to the COVID-19 pandemic. Witnesses and the judge sat behind a plexiglass barrier.

Members of Chad Daybell's family chose not to attend the hearings in person. The grandparents of JJ Vallow, Kay and Larry Woodcock, attended each day.

Ten of the 12 witnesses were members of various law enforcement agencies, testifying about their roles in the investigation.

Melanie Gibb and her boyfriend, David Warwick, testified that they last saw JJ Vallow on the night of September 22, sleeping in his uncle Alex Cox's arms. They were in Rexburg, Idaho to visit their friend Lori Vallow and record a podcast.

Both Gibb and Warwick said they did not see Tylee Ryan on their trip, which they did not find strange because they were led by Lori Vallow to believe she was studying at BYU Idaho. Investigators believe Tylee Ryan was already dead at the time of the visit.

Warwick said he asked Lori Vallow about her son the next morning.

"She said he was being a 'zombie,'" Warwick testified. "He was out of control, so she had Alex come and get him... (Alex) seemed to take care of JJ really well."

According to cell phone pings obtained by the FBI, investigators believe Alex Cox was in Chad Daybell's backyard -- in the same location where the kids were buried -- on two separate dates shortly after they were last seen.

Prior spent a significant amount of time asking Gibb and Warwick about Alex Cox's relationship with his sister.

"It was a little more than close. They were extremely close, weren’t they?" Prior asked. "He actually gave up a job so he can be with Lori in Idaho, isn’t that correct? ... He had a habit of kind of following her, didn’t he?"

"He actually gave up a job so he can be with Lori in Idaho, isn’t that correct?"

"It was a little more than close, they were extremely close weren’t they?" pic.twitter.com/Nu2POmwjHl

Gibb testified that both Chad Daybell and Lori Vallow called her in December, asking her to lie to police about JJ Vallow's location.

Police played body camera video showing their interview with Lori Vallow that day, as officers tried to perform a welfare check on the missing boy. Lori Vallow told police that JJ Vallow was staying with Gibb in Arizona and that they were watching the movie Frozen 2.

"What is all this?" Lori Vallow asked the responding officers.

"We’re a little concerned," an officer responds. "The officers were here earlier, and they got a bad vibe that something was going on here."

Lori Vallow told police that she doesn't like to tell people where she is because she believed JJ Vallow's grandmother, Kay Woodcock, might be trying to gain custody. Lori Vallow expressed frustration that Kay Woodcock was named the sole beneficiary of her deceased husband's $1 million life insurance policy.

"It's pretty weird. I've had to move around a lot," Lori Vallow told police. "She got a million dollars... I don't tell people the truth about where we are or what we're doing because of those reasons."

Gibb said she initially lied to police about JJ Vallow's location, but later told the truth.

"So you lied to a police officer, is that correct?" Prior asked on cross-examination.

Gibb said she has not receive any sort of deal from police or prosecutors in exchange for testifying against Chad Daybell or Lori Vallow. She confronted Lori Vallow and Chad Daybell in a recorded phone call that was played in the courtroom on Monday.

"This is not the behavior of someone who sees Jesus Christ," Gibb said on the phone call. "I believe that you have been very deceived by Satan... It doesn't sound like God's plan to me."

"I know exactly where (JJ) is. He’s perfectly fine," Lori Vallow responded. "It sounds like you’ve been influenced by somebody dark!"

Gibb and Lori Vallow spent much of the conversation debating scriptures from the Bible and Book of Mormon.

Lori Vallow eventually asked Gibb if she was recording the conversation for police, but did not immediately hang up the phone.

Chad Daybell did not say much on the call, other than to defend himself when Gibb expressed suspicion regarding the deaths of his previous spouse Tammy Daybell.

"I begged (Tammy) to go to the doctor," Chad Daybell said. "She was physically falling apart. She hates doctors... My son Garth was with me the whole time... All these conspiracy theories just make me sick to my stomach."

Tammy Daybell was found dead at her home on October 19, 2019 and an autopsy was not immediately performed. Investigators later exhumed her body from a cemetery in Springville, Utah on December 11, 2019 for further testing.

Friends and family members of Tammy Daybell told FOX 13 she was in great health prior to her sudden death, training for a marathon.

The Idaho Attorney General's Office is investigating the death of Tammy Daybell.

Defense attorney John Prior: The state doesn't even "come close" to having enough evidence to prove my client Chad Daybell concealed the body's of JJ or Tylee.

We don't know when they died or were buried.

I'm respectfully asking the court to dismiss the charges. pic.twitter.com/nfRarM5Ix8

On June 9, investigators say Lori Vallow called Chad Daybell from the Madison County Jail. She had been arrested on suspicion of deserting her two children.

Chad Daybell answered the phone as members of the FBI started digging in his backyard.

Prosecutors played audio of the conversation for the courtroom.

Large portions of the conversation are difficult to understand, due to poor audio quality.

"Hi, are you okay?" Lori Vallow asked her husband.

"They’re searching the property," Chad Daybell responded. "I love you so much."

"Okay, I love you," Lori Vallow said. "Should I try to call you later?"

Reminder that Lori Vallow's preliminary hearing is set for next week

A preliminary hearing for Lori Vallow Daybell is scheduled for August 10.

Full videos of the Chad Daybell preliminary hearing proceedings can be found here: