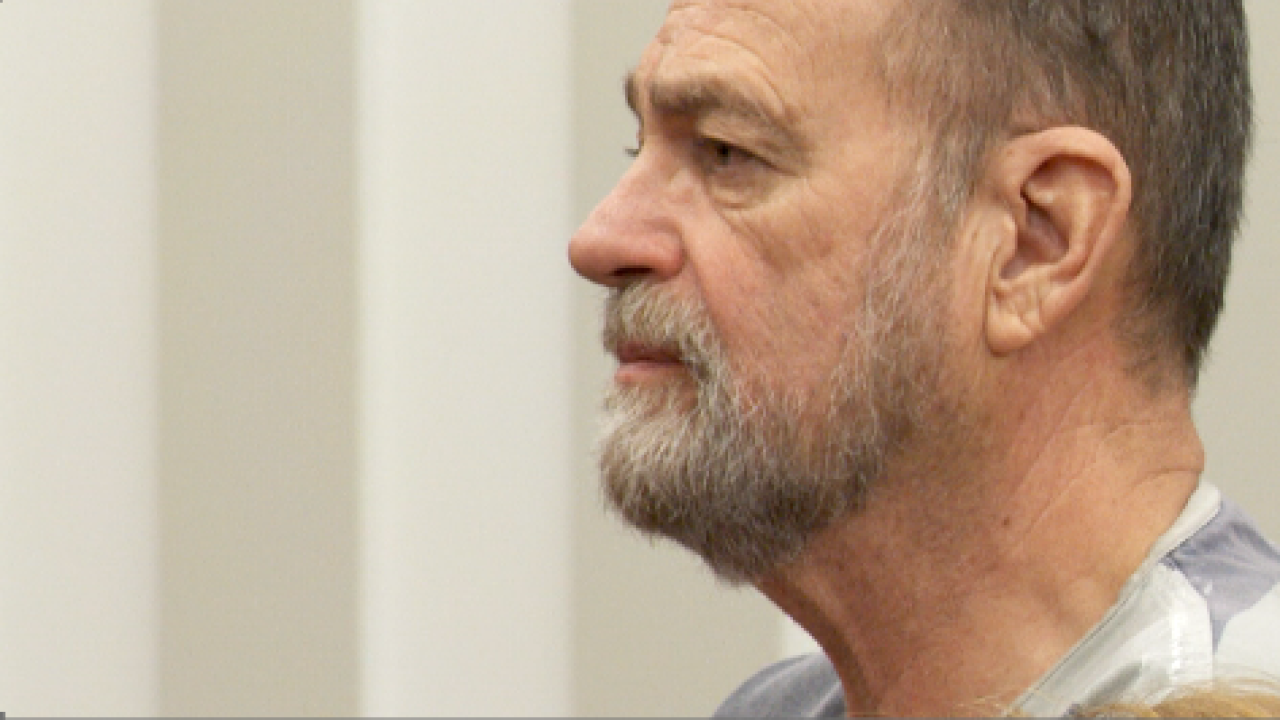 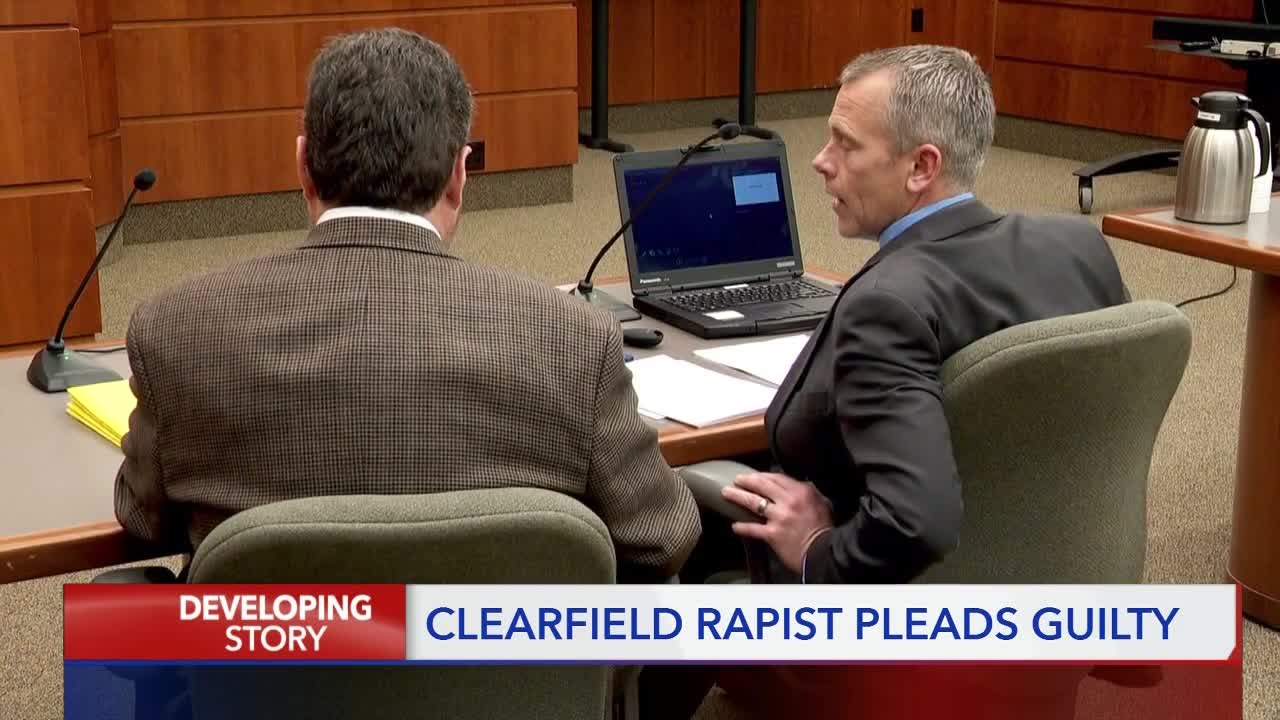 FARMINGTON, Utah — Mark Douglas Burns, known as "the Clearfield Rapist," has pleaded guilty to 17 charges against him.

He was arrested at his home in Ogden on September 25, 2019 after investigators linked him to eleven rape cases in Utah and Wyoming that occurred between 1991 and 2001.

Burns has since confessed to the FBI and to FOX 13 his involvement with murders in Wyoming, Arizona, and Oregon. Those cases were not a part of Thursday's proceedings.

He stood tall and confidently addressed the judge to confirm his guilty plea.

Davis County Attorney Troy Rawlings confirmed Burns was not offered a plea deal at any time.

"Mark Burns needs to die in the Utah State Prison," said Davis County Attorney Troy Rawlings. "I think that today was, on a scale of 1-10, a nine. The day that he is sentenced for our victims and for this community and our office will be a 10... The majority of the victims were not here today. They did not anticipate Mark Burns pleading guilty today. Neither did we.

Burns' court date was initially set for a judge to hear arguments whether to dismiss the case.

Although prosecutors may have been surprised by the sudden change of plea, FOX 13 was not.

In an exclusive interview with FOX 13, Burns said he planned to change his plea to guilty in order to give his victims "closure."

"We were ready for the oral argument hearing. We were ready to win this hearing today," Rawlings said. "This is a huge win for victims of Mark Burns... who knows what's going to happen along the line with him with other investigations pending."

Deputy County Attorney Ben Willoughby said he watched the exclusive interview with FOX 13, which helped him prepare arguments for the case had it continued to trial.

"We were not going to be surprised on this case," Willoughby said. "This is an incredibly important case for the Davis County Attorney's Office, our most important case."

Burns told FOX 13 his ultimate goal is to receive the death penalty.

He has not yet been charged for confessed killings in Arizona or Oregon, and it's unclear whether he will be eligible for the death penalty for the 2001 killing of Sue Ellen Gunderson Higgins in Evanston, Wyoming.

Burns has been on death row before, but a judge in North Carolina inexplicably made an exception for him in the 1970s that saved his life and allowed him to come home to Utah. Now Burns wants to go back on death row.

Kyle Jeffries, a retired detective with the Clearfield Police Department, said he was happy to share the news with multiple victims.

"For a crime like this, if somebody wants the death penalty, I'm all for it," Jeffries said. "It really gets to you. It eats at you, and today was closure... The day has finally come, and how he's going to be sitting in jail until he's dead."

"It's part of our closure as well," Robinson said. "I'd like to believe that people evolve through life. Maybe there's some experience that made him decide not to commit any more crimes, but I don't know... There's gaps where I believe there probably are other victims."

"It just seemed like he was maybe trying to stand up and be apologetic for some of the stuff he did," Jeffries said. "You don't want to have to have these survivors come back and sit on the stand and look at this guy and explain to people who don't know what they went through what (he did). These are horrible horrible cases."

A representative with Davis County said the recorded video of FOX 13's exclusive interview with Mark Burns will likely be released by next week.

Watch FOX 13 for updates on this developing story.