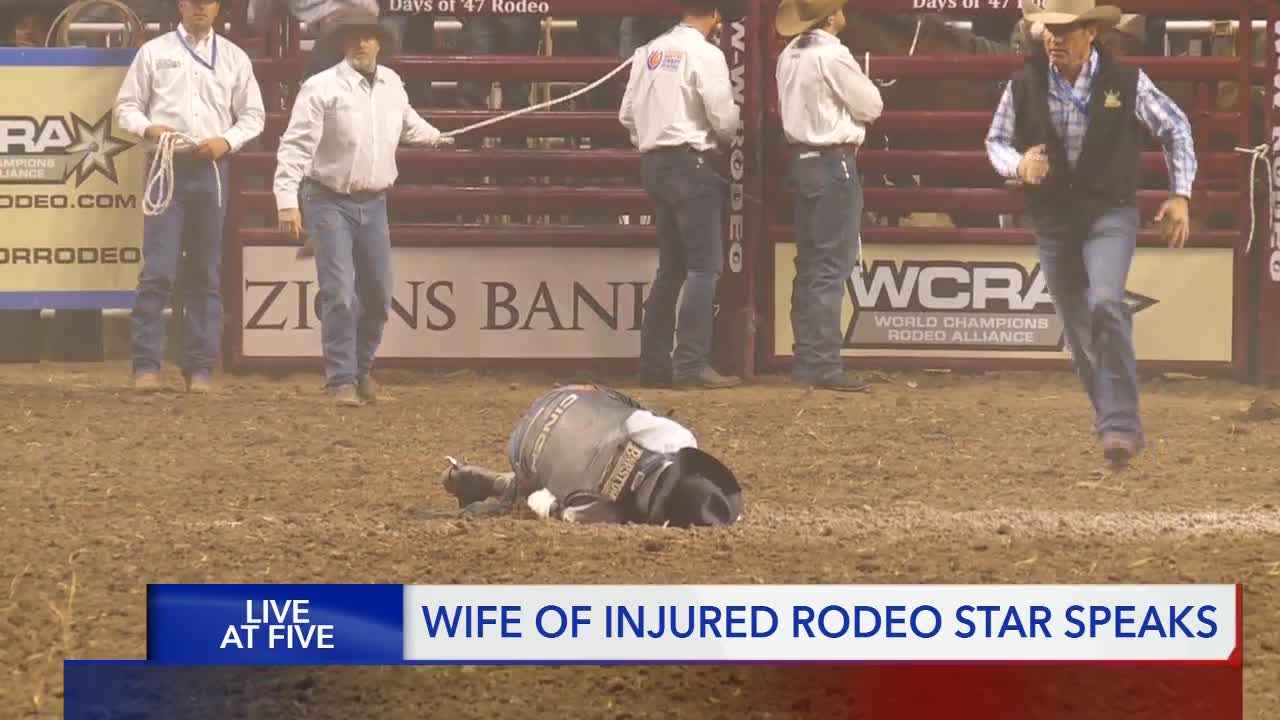 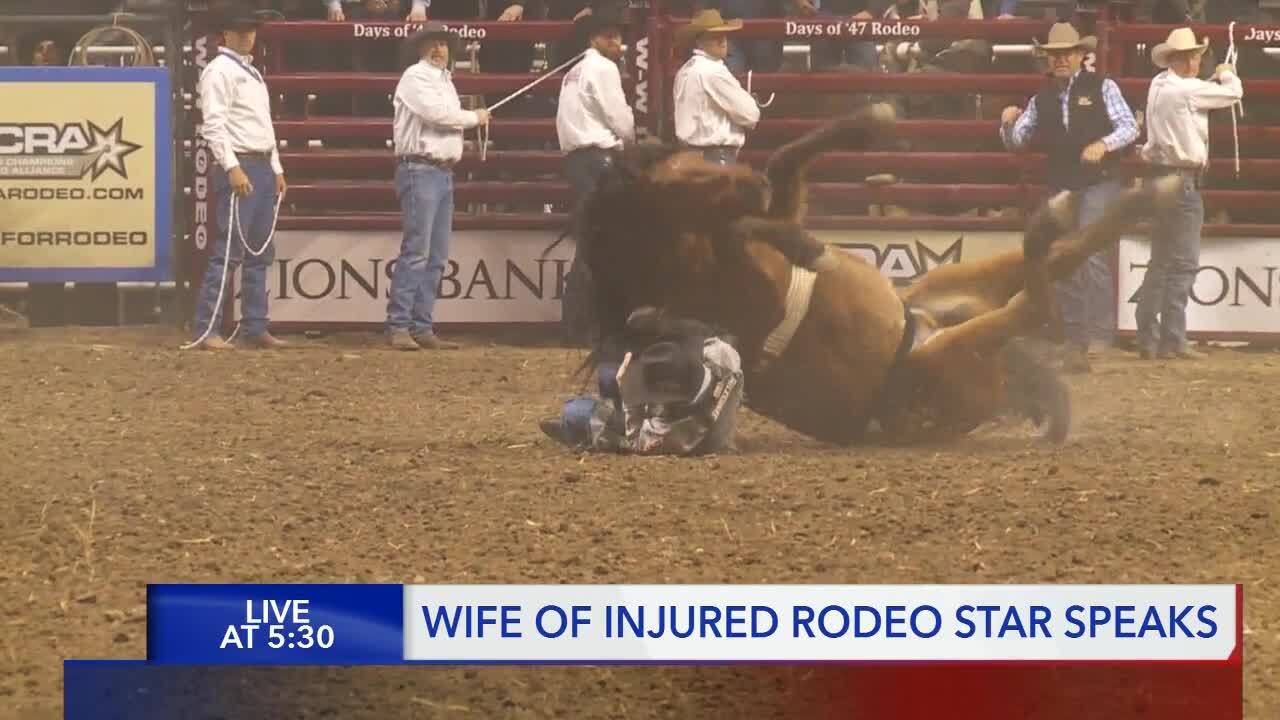 SALT LAKE CITY — A professional rodeo cowboy with Utah ties remains in the hospital after a suffering life threatening injuries during an event in West Valley City.

Jessy Davis, a native of Salem, Utah who currently resides in Montana, was competing in the Lewis Feild Bulls and Broncs Rodeo at the Maverik Center last Saturday.

“I just kept thinking, there is no way. He’ll get up. He’ll walk out of it,” said Cassidy Davis, Jessy’s wife. “He’s done it his whole life, it’s his regular routine. Eight seconds at a time.”

Cassidy and the couple’s twin daughters watched the accident from the front row of the arena. Jessy, who has enjoyed a successful career, was planning to retire after this final ride.

“It’s in his blood. That’s why he was having such a hard time retiring,” Cassidy said. “We just said our prayers.”

Jessy lost large amounts of blood and his liver was crushed.

“That horse, 1500 pound horse coming down on you when you’re cockeyed like that, you know it was kind of bad,” said Kaycee Feild, one of Jessy’s longtime friends.

Feild, who is the son of Lewis Feild, the former world champion who the rodeo is named for, was one of the first people to rush to Jessy’s side.

“The video does not do that justice at all,” Feild said. “He was just fixing to retire. It sucks that it has to be this way for him.”

Jessy’s recovery is progressing well. Doctors at Intermountain Medical Center removed more than half of his liver and he is no longer in a coma. His wife says the quick action taken by first responders and doctors helped save Jessy’s life.

“Jess is tough. He doesn’t complain much. He never has. The doctors actually said they are extremely amazed at what he’s done,” Cassidy said. “Jess is pretty tough and he always comes back tougher than he was before.”

The World Champions Rodeo Alliance has set up a fund to help Jessy and his family.