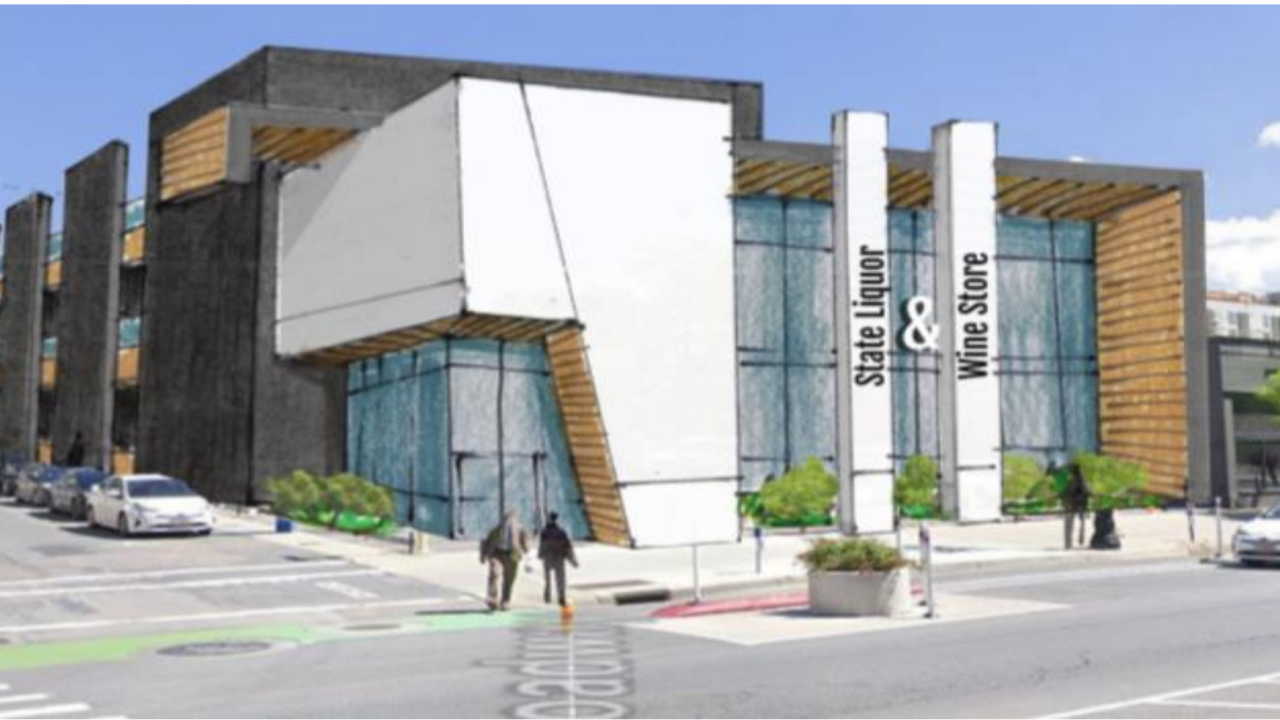 SALT LAKE CITY — Utah's Department of Alcoholic Beverage Control is looking to build what appears to be a multi-story liquor store in downtown and floated the idea of "curbside" pickup at its state-run liquor stores.

During a presentation before the Utah State Legislature's Business, Economic Development and Labor Appropriations Subcommittee, DABC Executive Director Sal Petilos outlined where the agency is.

Stores in Saratoga Springs and Farmington will open later this year. Land is currently being acquired for a new liquor store in Salt Lake City's Sugar House neighborhood. Then Petilos showed the committee a rendering of a new downtown Salt Lake City liquor store.

"They’ve identified a particular piece of property downtown we may be able to use. We are consulting with Salt Lake City about whether or not they have concerns about developing there," Petilos told the subcommittee.

In a January interview on "Utah Booze News: An Alcohol Policy Podcast" produced by FOX 13 and The Salt Lake Tribune, DABC deputy director Cade Meier floated the idea of a multi-story liquor store for downtown. The DABC is going to eventually move the Pioneer Park liquor store (it currently leases the land). But downtown real-estate is a premium. Petilos identified no location, but the artist rendering appears to show the store on Broadway and Edison St.

The DABC would not confirm the location of the store. The agency also runs a state wine store about a block away.

Meanwhile, Petilos floated the idea of allowing a version of curbside pickup that he called "click and collect." It would allow patrons to order online and pick up at their nearest liquor store. Petilos said it was similar to what other retailers have done.

"There are costs associated with it. Also it has implications beyond the DABC in that a lot of the off-premise retailers would love to have this. But I do know there are concerns about off-premise retailers," he said, alluding to efforts by bars and restaurants to allow "to go" drink service during the COVID-19 pandemic.

Petilos said he could allow the service for DABC stores under his authority, but he took it to the legislative subcommittee to appraise them of it. Rep. Patrice Arent, D-Millcreek, said she supported the concept.

"I wish the click service you describe had been in place prior to COVID-19," she said.

The agency also said it was pushing for legislation to increase wages for liquor store employees. The subcommittee was considering stripping back a "wine of the month" club bill because of a lack of funding.