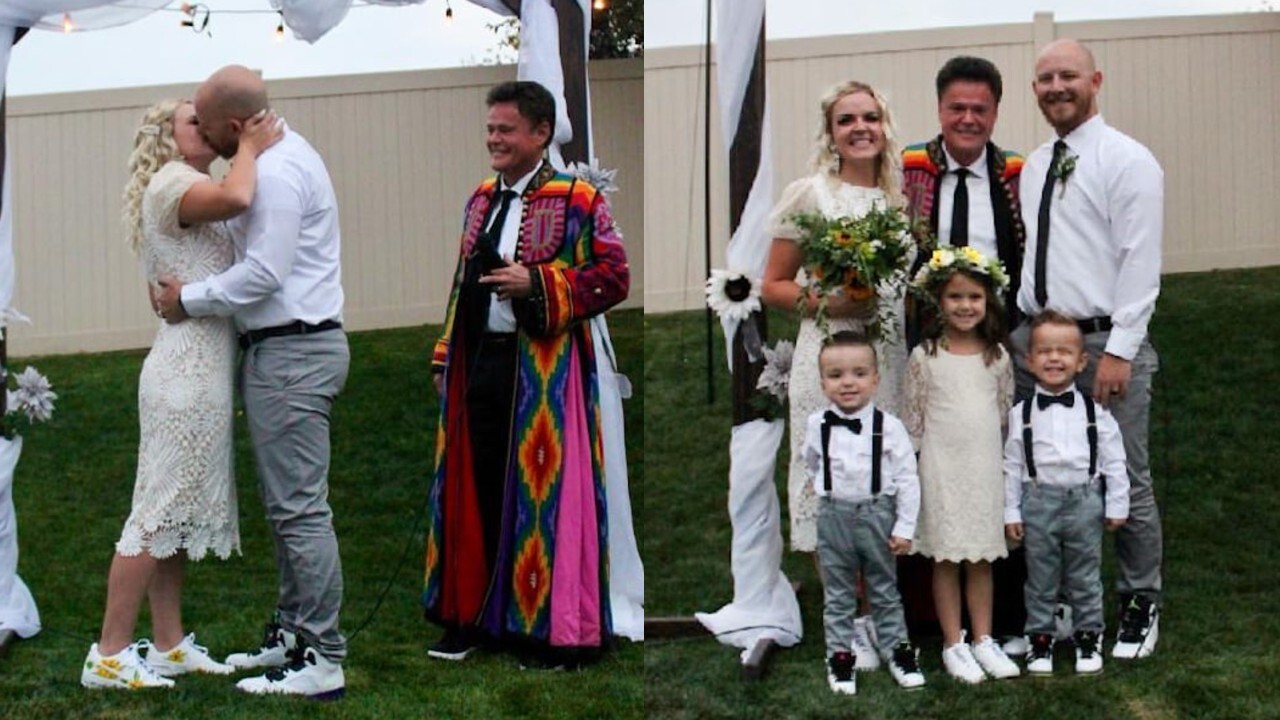 Is there anything multi-talented star Donny Osmond can't do?

Over the weekend, Osmond took on a new role as Pastor Osmond when he officiated the Utah wedding of his friend Todd Salmon to his fiance Rachel.

But, of course, Osmond added some extra flair to the proceedings.

As Salmon was a fan of Osmond's musical "Joseph and the Amazing Technicolor Dreamcoat," Pastor Donny surprised the couple with a wardrobe change.

According to his Facebook post, before the ceremony began, Osmond said "Pastors would normally wear a robe. This pastor will now wear a coat."

Osmond then pulled out his original coat from the musical and put it on. Only then did he marry the couple.

Alas, anyone else hoping to hire Pastor Donny to officiate their wedding is out of luck as Osmond said his license was only good for the Salmon's ceremony.

Never in a million years did I think that I would be asked to marry someone. Last Saturday I took on the title of Pastor...