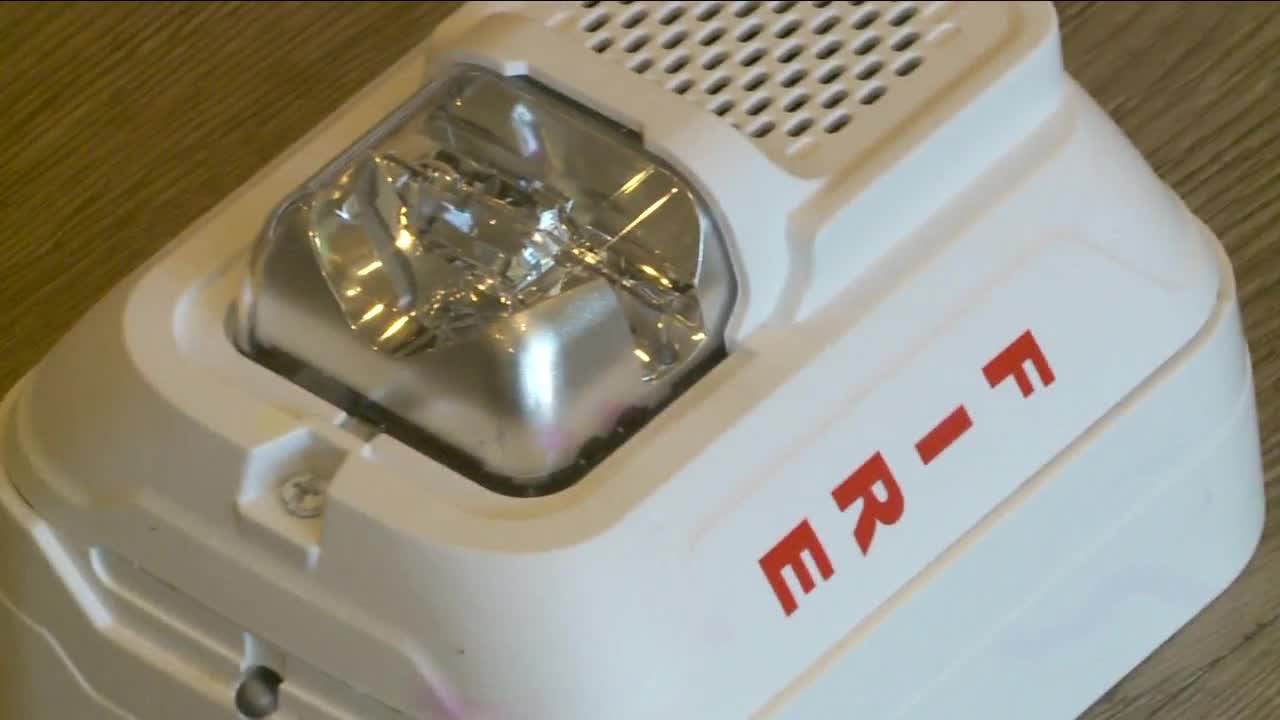 The Grossinger family in Draper has a safer home now that the local fire department has arranged to have a specialized fire alarm system installed for them.

DRAPER, Utah — The Grossinger family in Draper has a safer home now that the local fire department has arranged to have a specialized fire alarm system installed for them.

Mark and Brooke Grossinger are both deaf, as is their 8-year-old daughter Maliki. The family's youngest child, 6-year-old Ashton, can hear, but the Grossingers still needed a fire alarm system that the whole family can use.

The Grossinger family's new fire alarm system is equipped with flashing lights to alert them in the event of a fire.

“As a deaf mom, I need to have a visual cue, so we have a strobe light that helps me know when the door opens and closes. So, I’m aware of that when my husband goes out to the garage I get a little bit of a notification that way. Super nice, but it’ll be nice to have this extra fire detection on top of that," Brooke Grossinger told FOX 13 through a sign language interpreter.

According to a news release from Draper City, the Grossingers previously reached out to the Draper Fire Department for assistance with wildland mitigation around their home.

"As crews helped with that project, they noticed the family’s house needed an updated alert system. The fire department reached out to its partners including Honeywell to donate the fire alarms, and Certified Fire and Security to install them and check on the fire sprinklers," the news release said.

The service project for the Grossingers is part of the upcoming National Fire Prevention Week, October 4-10, and fire officials hope the project will serve as a reminder for other homeowners to review their own fire safety measures.

The theme of this year's National Fire Prevention Week is "Serving Up Fire Safety in the Kitchen." Most house fires originate in the kitchen area, and a few of the key safety tips offered this year are: