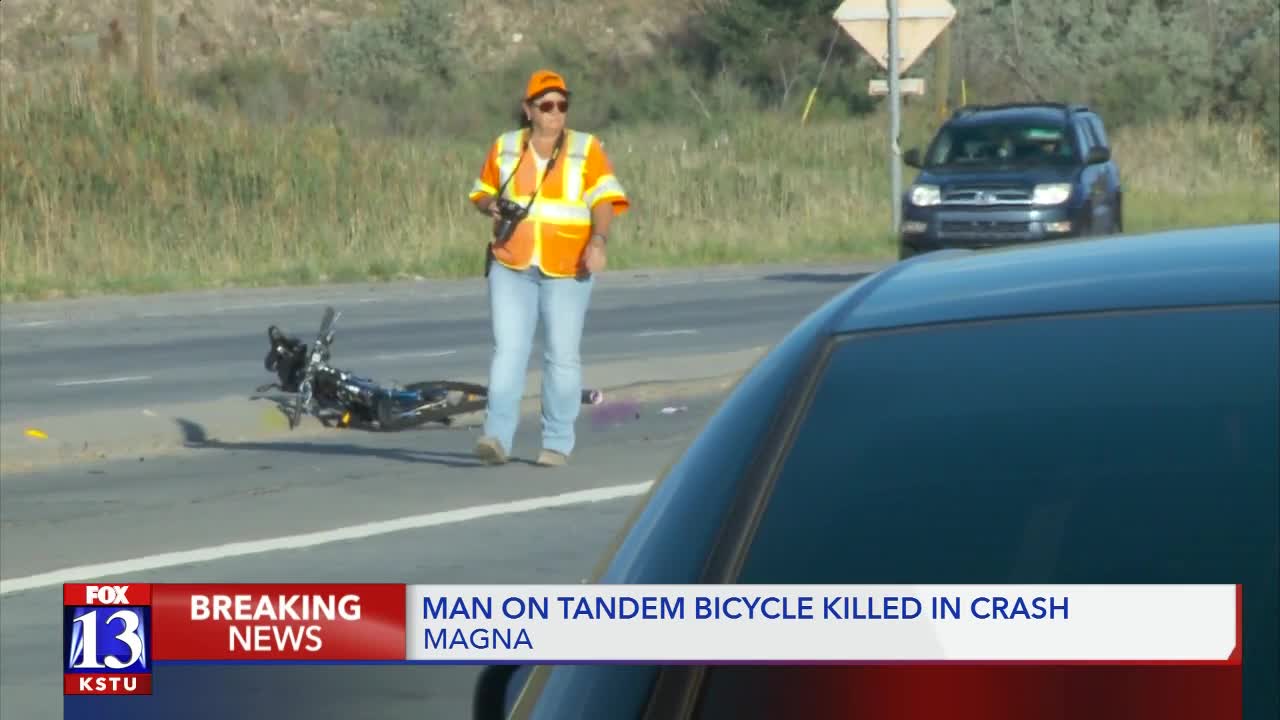 A man was killed and a woman critically injured when their tandem bike collided with a car on SR201 early Thursday.

MAGNA, Utah — Utah Highway Patrol troopers are investigating an accident between a car and a tandem bicycle.

A man on the tandem bike was killed and a woman on that bike was transported to a hospital in critical condition.

The driver of the car was not injured, and he's cooperating with investigators.

"It’s dark out here obviously 5:45 in the morning it’s not very well lit out here on the west side," said UHP Sgt. Lawrence Hopper. "So it’s dark he said he did see them at the last second but before he had the chance to even do anything from what we understand the driver said that the bike turned into the lane where he was traveling and he really had no chance to react and hit them.”

Sgt. Hopper said it is not illegal for bicyclists to ride on state roads, but not advised, especially in a busy area where the collision happened.

Investigators have not released the names of the victims.

The roads were closed for several hours, but have reopened now that the investigation at the scene has been wrapped up.

FOX13 has a crew on scene of this developing story and will have live updates throughout Good Day Utah and on our webpage.