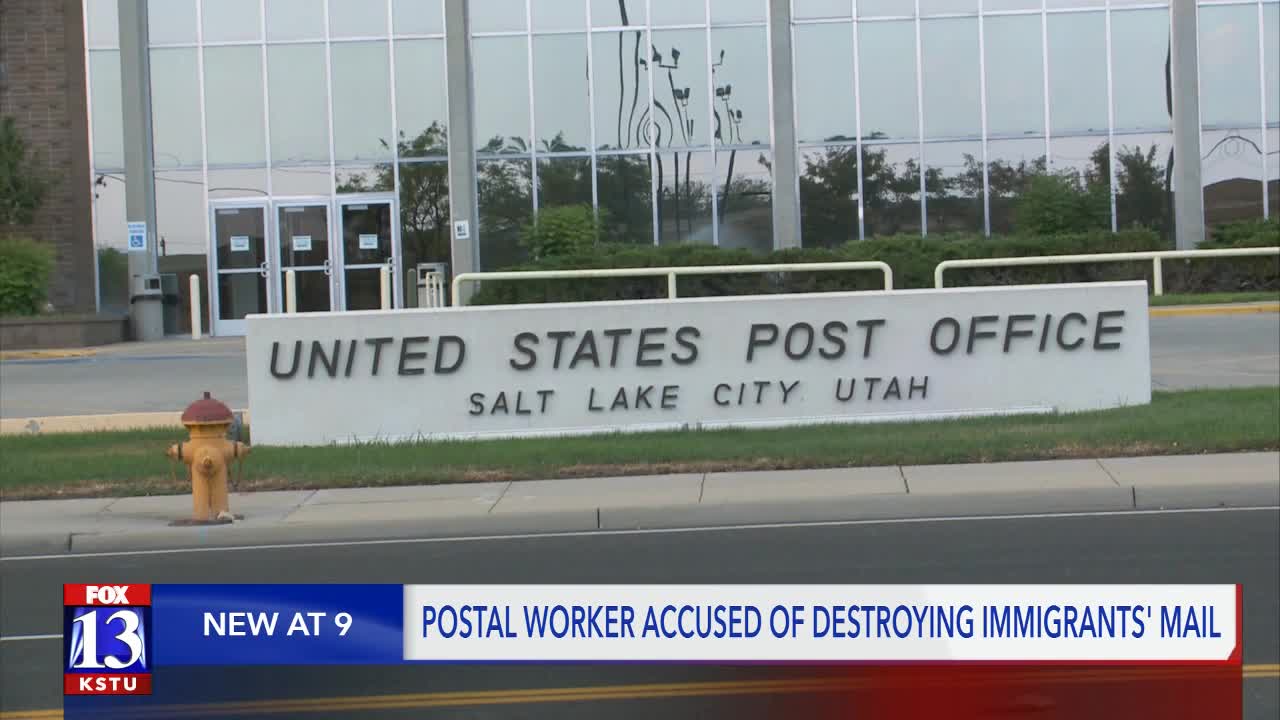 Federal prosecutors have contacted 181 potential victims whose documents may have been intentionally destroyed by a former United States Postal Service employee in Salt Lake City.

SALT LAKE CITY — The United States Attorney’s Office is asking anyone who might have gotten their immigration paperwork “lost” in the mail to please give them a call.

Federal prosecutors have contacted 181 potential victims whose documents may have actually been intentionally destroyed by a former United States Postal Service employee in Salt Lake City.

Special agents with the USPS identified the suspect as 77-year-old Diana Molyneux from West Jordan.

Many of the victims were legal immigrants residing in Utah and Nevada who were waiting for their Permanent Resident Card, commonly referred to as a Green Card.

“I pray for her. I really do,” said Eloisa Mendoza, the proprietor of Elko Hispanic Services. “I personally think she knew what was in those envelopes.”

Mendoza told FOX 13 she worked with approximately 60 victims in Elko, Nevada. Whenever a client’s mail had a tracking number, Mendoza said it seemed like the documents always got stuck in Salt Lake City.

“It’s really difficult for me to understand why (the suspect) would do something like that,” Mendoza said. “Issues. Personal issues… I do not know her, so I really cannot say if she’s racist or not. To me, I think her issue was just ‘aliens.’”

According to Mendoza, some of the victims lost their jobs due to the inability to provide proof of legal residency in the United States. Others had to pay more than $1,000 in fees.

Mendoza said although most of the victims were Hispanic, some were from Russia and the Philippines.

“The emotional suffering they went through is very harsh,” Mendoza said. “I saw the emotion, the stress, the nightmare that these people went through. Sometimes I think, ‘Did she ever think of that?’ What was she doing to the lives of these people?”

When FOX 13 tried to reach Molyneux for comment at her home in West Jordan, she did not answer the door. According to federal documents, she has been unemployed since losing her job with USPS.

According to a handwritten letter filed earlier this year, Molyneux asked for and was granted a new attorney, accusing Assistant Federal Defender Carlos A. Garcia of having a “conflict of interest” because the victims were “his people.”

“I WAS APPOINTED ATTOREY (sic) GARCIA,” she wrote. “ENGLISH IS ATTORNEY’S SECOND LANGUAGE AND I AM HAVING A HARD TIME COMMUNICATING WITH HIM. THE MATTER IS ABOUT IMMIGRATION MAIL BEING DESTROYED. THIS MAIL IS ABOUT HIS FAMILY MEMBERS, FRIENDS, RELATIVES – PEOPLE. THIS IS A CONFLICT OF INTEREST.”

Diana Molyneux, 77, is accused of using her job at the post office to destroy immigrants' mail + legal residency documents.

Earlier this year she asked for a new lawyer, accusing defense attorney Carlos Garcia of having a conflict of interest because victims were “his people.” pic.twitter.com/T7G7Vleobu

“It brings up a lot of red flags,” Mendoza said. “I’m sure that he does (speak good English). A lot of them are masters of the English language.”

Her next court date has not yet been announced due to the COVID-19 pandemic.