Friends walking across America to promote acceptance and kindness 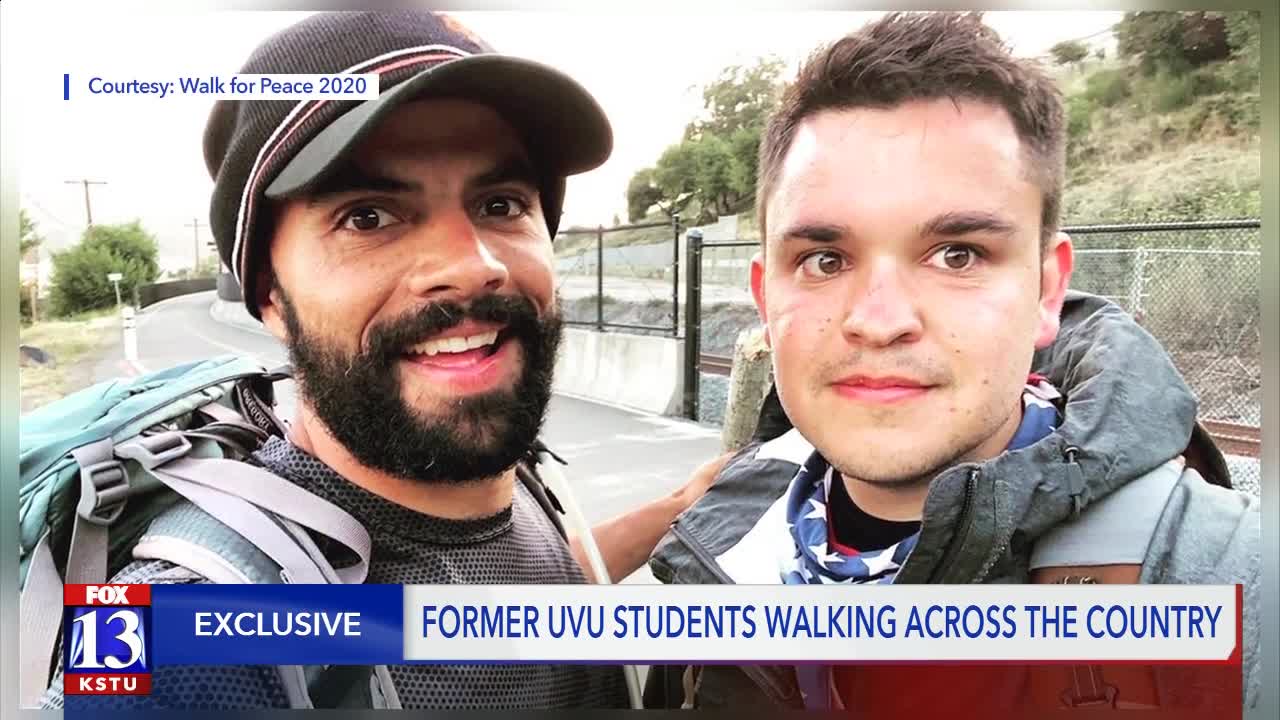 A pair of best friends who met while studying at Utah Valley University are taking a long, unique journey to deliver a message of peace.

SALT LAKE CITY — A pair of best friends who met while studying at Utah Valley University are taking a long, unique journey to deliver a message of peace.

James Alan Thompson of Sandy and his friend Paul T. Chavez are walking across the United States.

Their journey began on June 24 in San Francisco. They hope to complete the 3,000-mile journey in Washington, D.C. by December.

They were inspired to make the trek after seeing civil unrest and protests erupt across the country.

“What is it we can do to make an impact, instead of just complaining about what’s going on,” Thompson said. “Talk to people in person and talk to them about how they have received kindness in their lives.

The friends hope that by connecting with individuals from all walks of life and from all over the country, they can show there is much more that unites people than divides.

“It’s touching one life at a time, one day at a time,” Chavez said. “We are opening up a space for this conversation about peace.”

“There are good people in this country. This country is not as divided as some think it is,” Thompson added.

Thompson and Chavez are walking about 20 miles per day. They expect to pass through Utah sometime in August.

“Once we reach Salt Lake City we will do a day of kindness where we bring people together. We are going to try to serve the homeless population,” Thompson said.

“To me, it’s about making a ripple in a river or lake that potentially has the chance of causing a wave,” Chavez said.

Those who would like to follow James and Paul or support their journey can do so at www.walkforpeace2020.org.