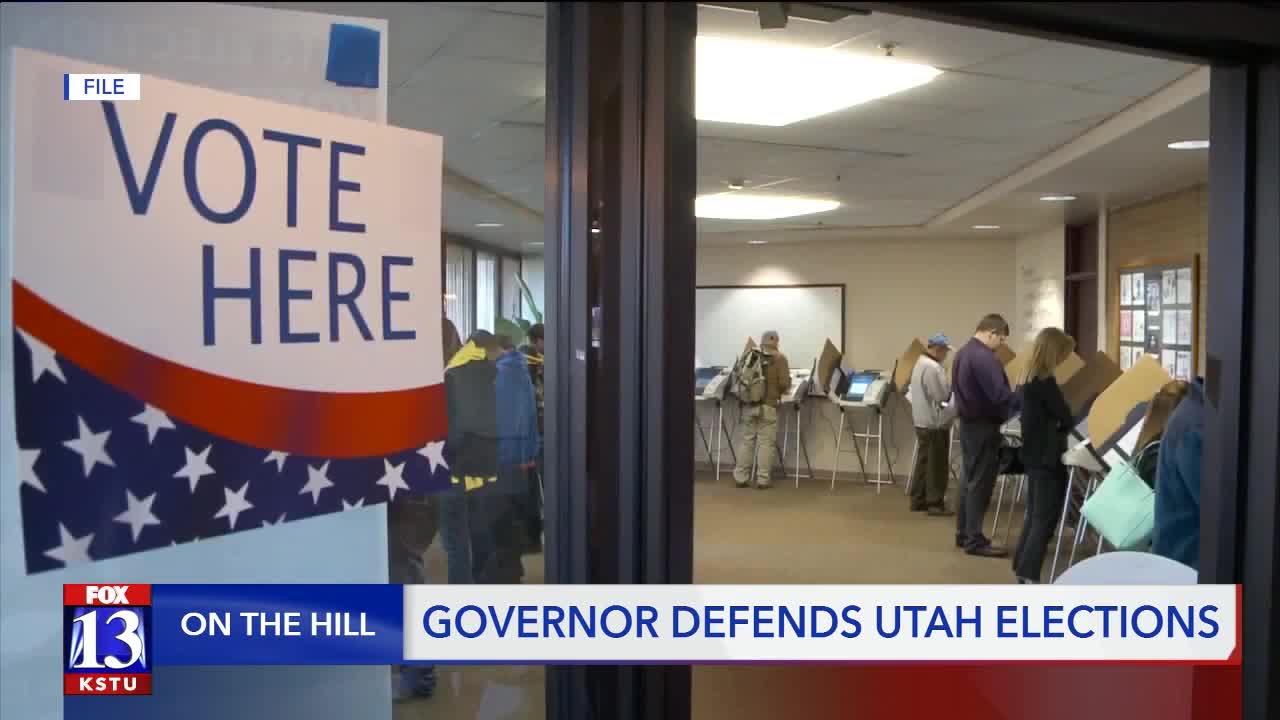 SALT LAKE CITY — Governor Gary Herbert defended Utah's use of vote-by-mail in the face of President Trump's attacks on the election method.

The president has blasted vote-by-mail and absentee voting as "fraudulent." His re-election campaign sued the state of Nevada as it implemented its own system. President Trump has also suggested delaying the November election.

"I don’t see a real need to postpone the elections itself. I can speak only for Utah, but we have a really good system here of vote-by-mail," Gov. Herbert said in an interview with FOX 13 on Tuesday.

The governor said Utah has utilized a vote-by-mail system for years now with very few problems.

"We really have seen no example of someone trying to game the system or cheat," he said.

Gov. Herbert said he spoke to Vice-President Mike Pence, telling him how Utah has had success with vote-by-mail.

"On balance, it’s been a good thing for Utah, and I see no reason it couldn’t happen to any other state, too," he told FOX 13.

"It’s worked well. It gives people advance notice. They can study the issues. I think they’re more informed in their voting now because of vote-by-mail, and its a little more easy and more convenient. So better voter turnout, better voter participation. So why not keep it?" the governor said.

"I like ranked choice voting. I think it’s a good way. We’ve done it with some of our conventions on the Republican side of the ledger. I think ranked voting can work and one I actually like," Gov. Herbert said.

The Utah Republican Party also used it during its recent state convention. Because of COVID-19, party officials could not conduct rounds of balloting for major races and pivoted to ranked choice during their first-ever virtual convention. Utah County experimented with ranked choice elections in Payson and Vineyard municipal races.

"I think it went a lot more smoothly than we thought it would. We had a lot of unknowns that caused trepidation, but those unknowns didn’t pan out," said Utah County Clerk Amelia Powers Gardner.

What Utah County elections officials have found in evaluating ranked choice voting's effectiveness is that both candidates and voters liked it once they were educated on how it works.

"What we found is all of the candidates liked it and over 80% of the people who used it to vote loved it and want it more," Gardner said.

Ranked choice voting will be expanded in 2021 elections, Gardner said. Provo, Orem, Lehi, Highland and Cedar Hills have expressed interest in using it. A bill is also being drafted in the Utah State Legislature to expand it in other statewide elections.

Gov. Herbert said he could see it being used in all elections.

"I think it has advantages. If I can’t be your first choice, I want to be your second choice. So I think it brings a more civil campaign and I think that’s a good thing and we can concentrate really on the issues at hand," he told FOX 13. "So ranked choice voting is something I would support."