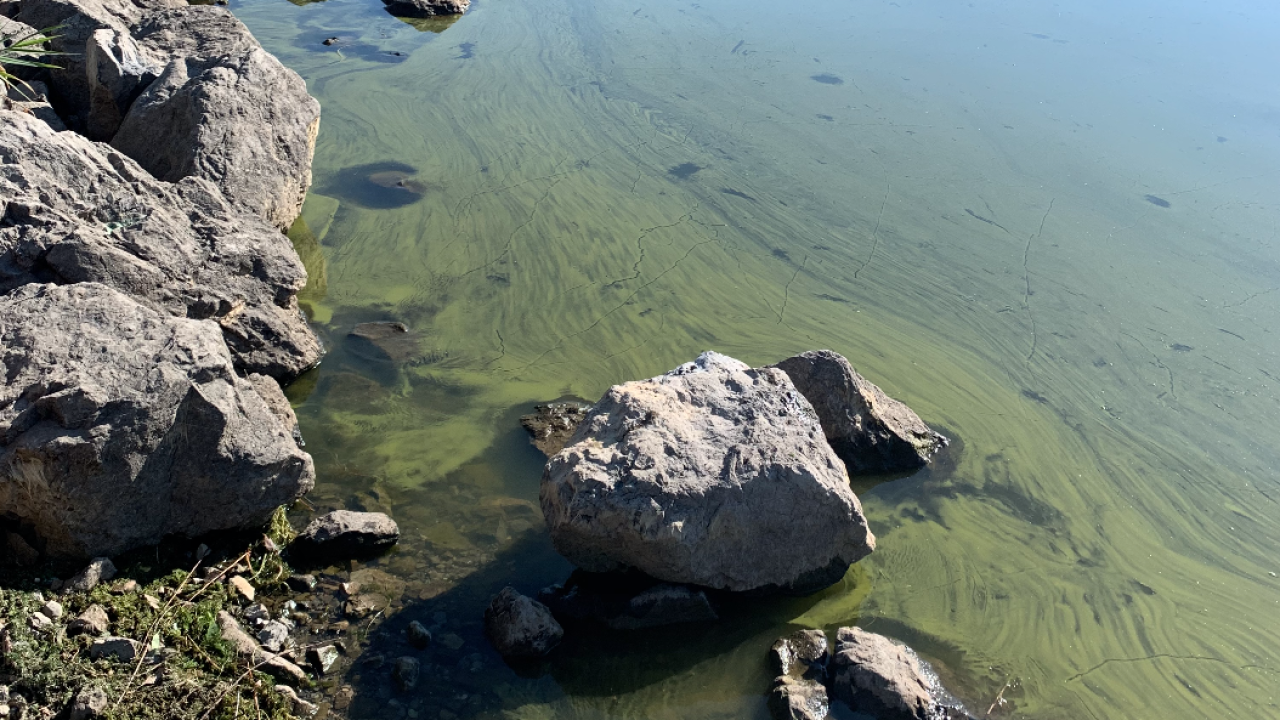 MANTUA, Utah — Utah's Department of Environmental Quality has issued a "health watch" for Mantua Reservoir after a dog was killed and the presence of toxic algae has increased in scale.

"The Division of Water Quality monitoring team conducted follow-up sampling at Mantua Reservoir after reports of a dog dying with symptoms similar to those of exposure to cyanotoxins. The crew observed a bloom at the northeast shore that resembled spilled paint and contained isolated clumps of HAB material. The bloom was mainly located in the top few inches of the surface water. DWQ collected surface and water column samples at this location. The crew also observed a bloom at the dock that resembled spilled paint," said DEQ spokesman Jared Mendenhall.

As is with all Harmful Algal Blooms, Utah's DEQ advised people to be careful around the water. The toxic algae can make people sick and kill animals. It can be naturally occurring, but can also be caused by pollutants and hot temperatures.

In an interview with FOX 13 last week, Kelly Esparza described her dog Daisy's death from the toxic algae.

The situation in Mantua is the second HAB to kill a dog. The state and National Park Service have issued advisories for the North Fork of the Virgin River in and around Zion National Park after a dog was killed by toxic algae there.

Utah DEQ has had to scale back algal bloom monitoring this year because of state budget cuts brought on by the economic fallout from the COVID-19 pandemic. It has a website to warn Utahns of areas with HABs. You can access it here.