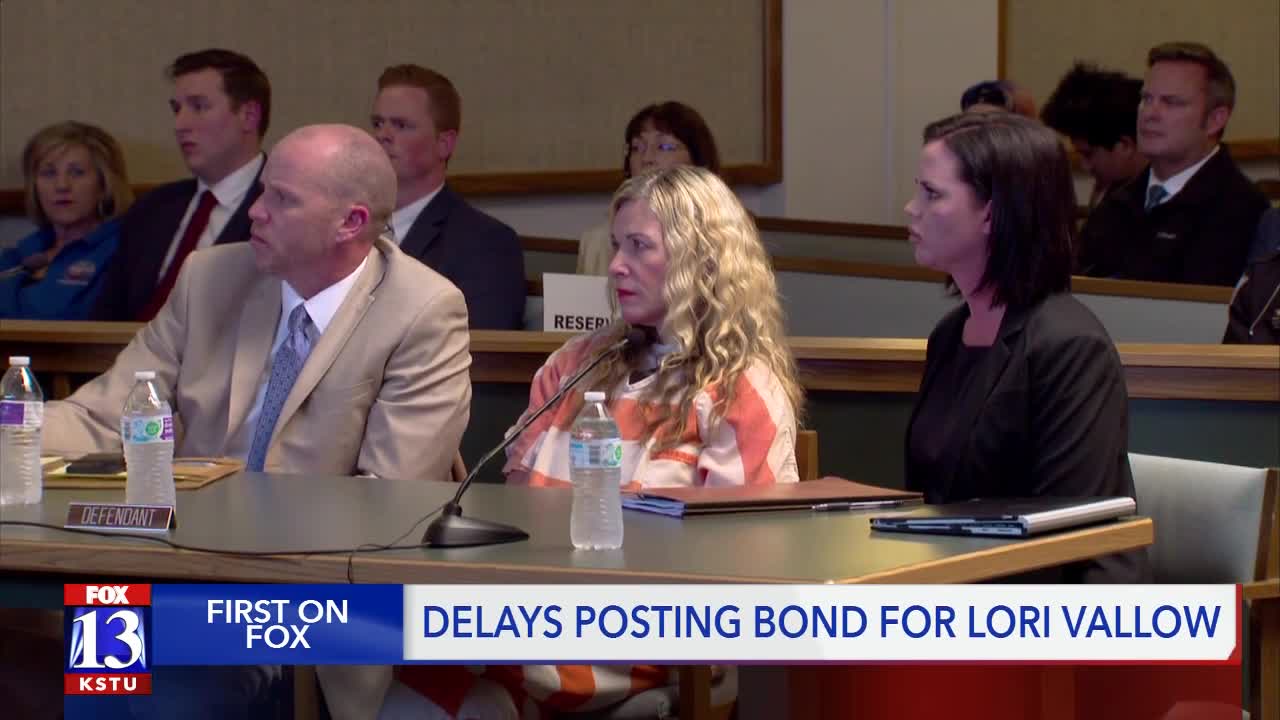 Police in the Rexburg, Idaho area are confident they won't lose track of Lori Vallow Daybell in the event she successfully bails out of jail. But two local bail bond companies have declined to work with her on making her $1 million bail.

REXBURG, Idaho — Three days after a judge lowered her bond from $5 million to $1 million, Lori Vallow-Daybell is still in jail and it appears some Idaho bail bonds companies won’t take her on as a client.

At first, it was expected that Vallow-Daybell would get out of jail Friday night, hours after the court hearing that ended with a lower bond.

By Monday night, it appeared Vallow-Daybell still had not bonded out.

Anyone who finds themselves in jail can reach out to a bail bonds company for help.

He explained some of the reasons why a company won’t take on a client.

Some bail bonds businesses may not have enough insurance to cover a high $1 million bond, he said.

There are other hoops to jump through as well before working with someone, he indicated, such as ensuring the person can pay the bail fee and that they can offer up collateral.

Sanone explained that the collateral needs to be substantial.

“Normally we’re talking about hundreds of thousands or millions [of dollars], we need a piece of property, with equity in it. Close to a million dollars,” he said, of what kind of collateral they’re looking for.

In addition to that, he said they’ll need to make sure the person will go to court and isn’t a flight risk.

Even if everything checks out, according to Sanone, a bail bonds business may have other reasons not to work with clients like Vallow-Daybell.

“I would take a very hard look at everything involved in that case, just due to the circumstances,” he said. “You got a dead husband, a dead wife, and then two missing children. It stinks to high heaven, so to speak.”

Vallow-Daybell has a legal right to bond out, and Sanone said until she’s convicted she should be able to post bail.

However, he also explained that it’s about whether or not a bail bonds company wants to take on that risk.

“It’s such a high profile case, I don’t think there’s many places that she could go,” he said.

If Vallow-Daybell bonds out, she will have to follow court-ordered restrictions including staying within a 4-county perimeter, and wearing an ankle monitor.

Her two children, 17-year old Tylee Ryan and 7-year old Joshua “JJ” Vallow, are still missing. Vallow-Daybell is in jail on felony charges of desertion and nonsupport of her children, as well as misdemeanor charges related to the case.