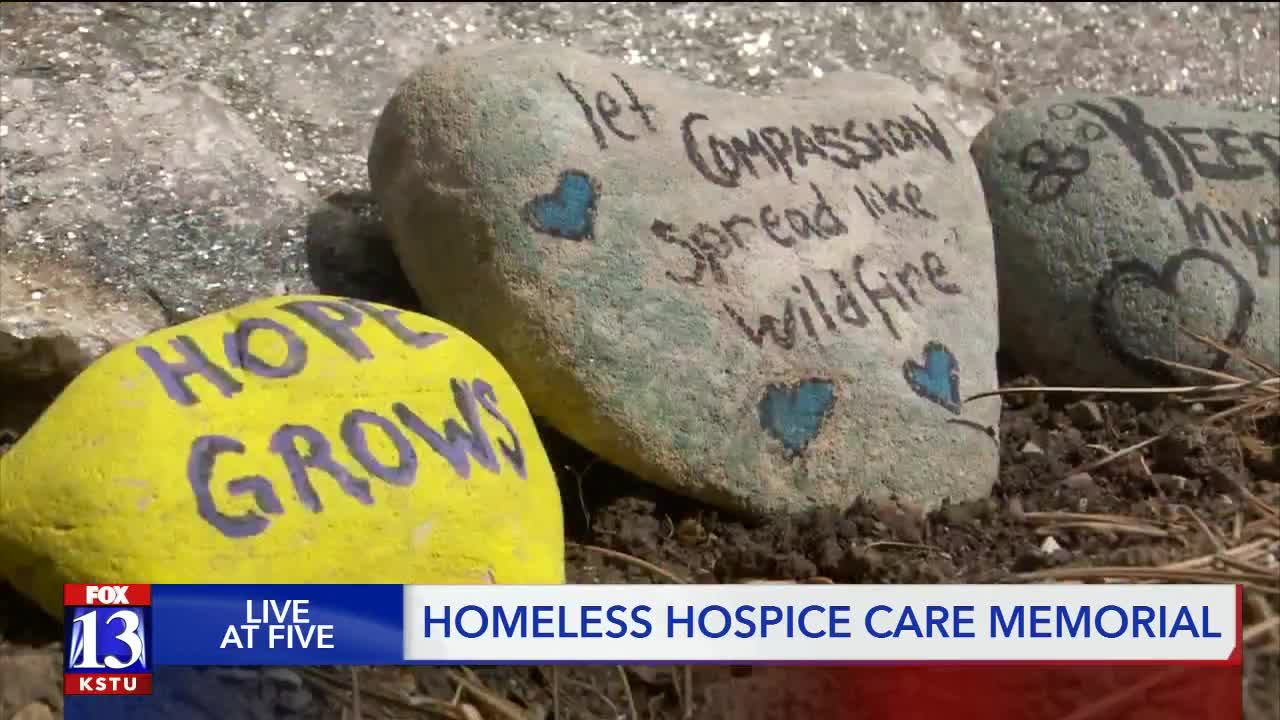 People experiencing homelessness who died in a non-profit hospice center will be memorialized in a new garden in Salt Lake City.

SALT LAKE CITY, Utah — People experiencing homelessness who died in a non-profit hospice center will be memorialized in a new garden in Salt Lake City.

The focal point of The INN Between garden will be a memorial wall with the names of people helped by the organization when they passed.

Cecily Davis’ daughter was homeless and dying of breast cancer when she became the first patient to come to the facility in 2015. She died months later.

She, and dozens of others experiencing homelessness during their final days, will be honored in the garden.

It will be special space for families and staff to visit after The INN Between lost their original memorial site after relocating in 2018.

“We knew this would be a good space but we didn’t know how to turn it into a proper garden,” said Executive Director Kim Correa.

Local businesses, including Garbett Homes, gathered the benches, stone pavers and landscaping needed for the garden.

“It’s so easy to forget about the needs of people who are homeless and sick at the same time and really need the help and support of everyone here,” said Davis.

When finished, the hospice center will also hold memorial services when a patient has passed.