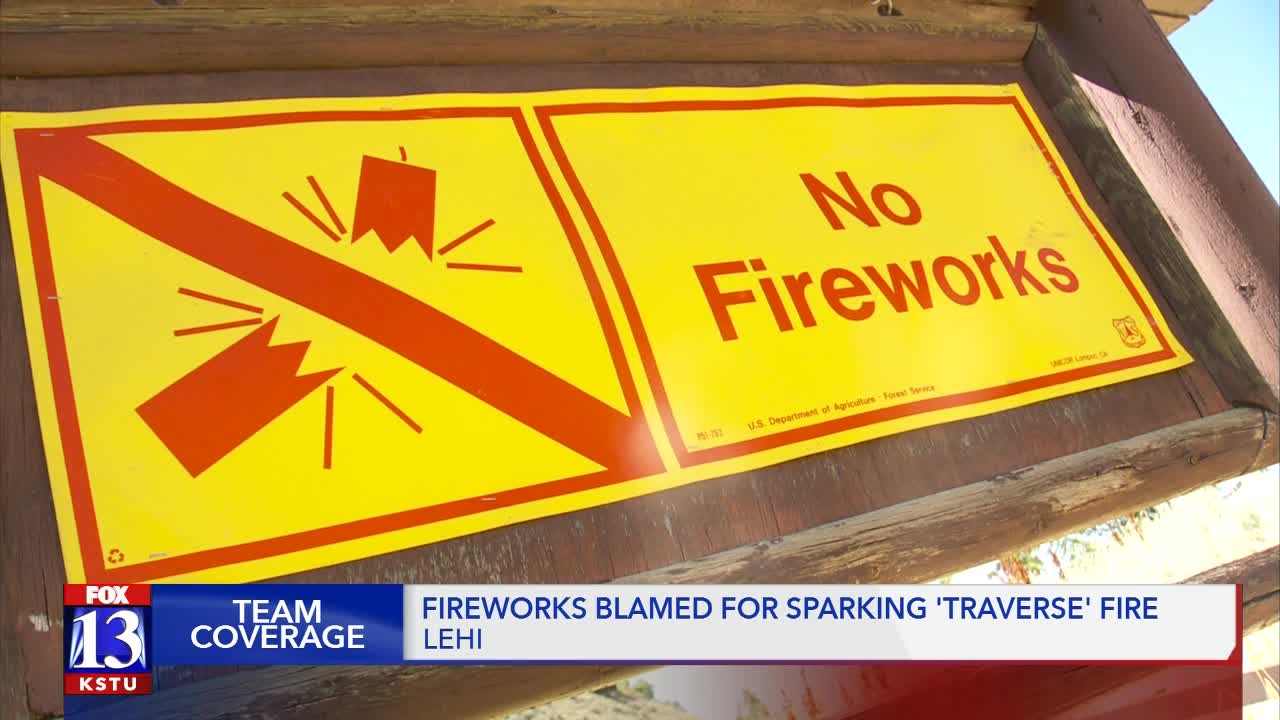 Fireworks that allegedly started a fire that nearly destroyed dozens of homes this weekend were in violation of two regulations: They were set off outside of the allowed dates, and in a restricted area.

LEHI, Utah — In Lehi, fireworks are not allowed north of Timpanogos Highway — and looking at the "Traverse Fire" burn scar, it's easy to see why.

Investigators say the 450-acre fire was caused by a firework late Saturday night, leading to more than 40 homes being evacuated in the middle of the night.

Utah’s firework regulations were amended in 2018 when Gov. Gary Herbert signed into law House Bill 38. It limits firework usage to July 2-5, July 22-25, New Year's Eve and Chinese New Year. It also states anyone who violates the law could be hit with a $1,000 fine, plus be on the hook for the costs to fight any fire started by the firework and the damages caused. It prevents a statewide fireworks ban, however.

The firework that started a wildfire late Saturday night, nearly destroying dozens of homes, was in violation of two regulations: It was set off outside of the allowed dates, and in a restricted area.

But even if it was allowed under the law, the Utah Division of Forestry, Fire and State Lands says people need to use common sense and hold off if conditions like wind increase fire danger.

Utah is in the middle of an already active fire season. More mishaps in judgment like the one Saturday night could be disastrous.

Lehi and Draper residents have since been allowed to return back home.