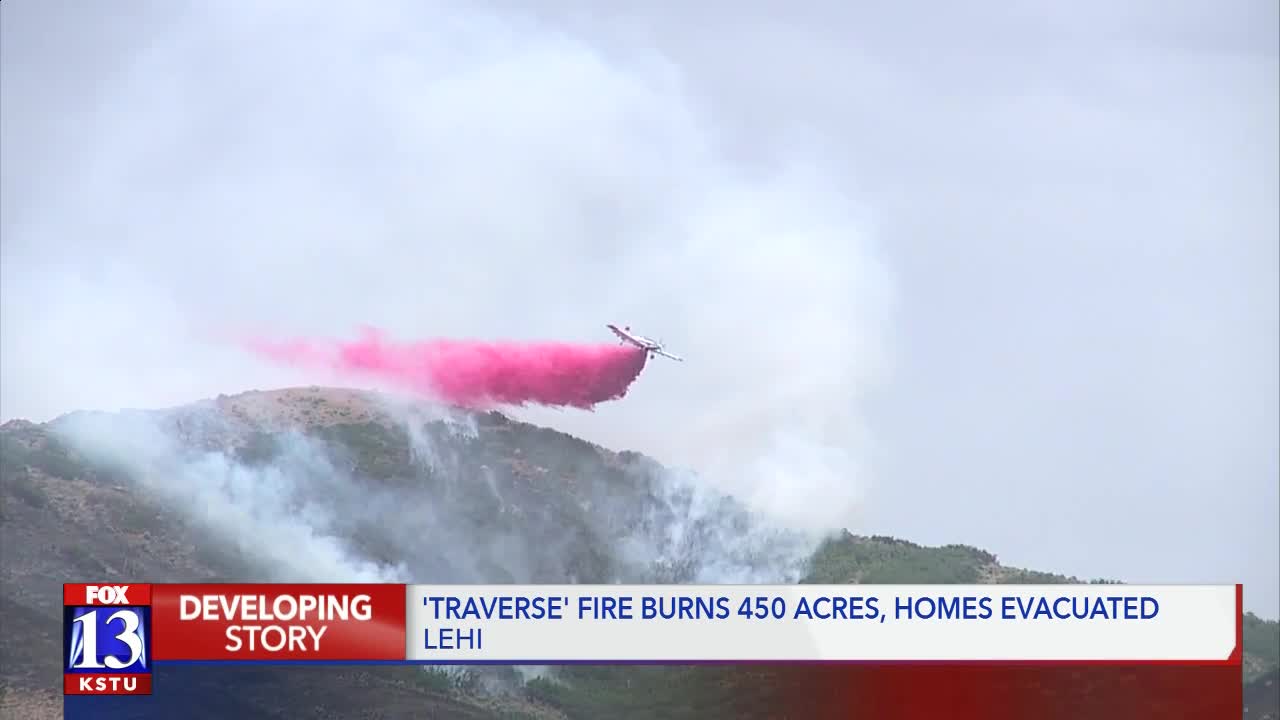 A wildfire started late Saturday night on a mountain above Lehi, causing dozens of homes to be evacuated. 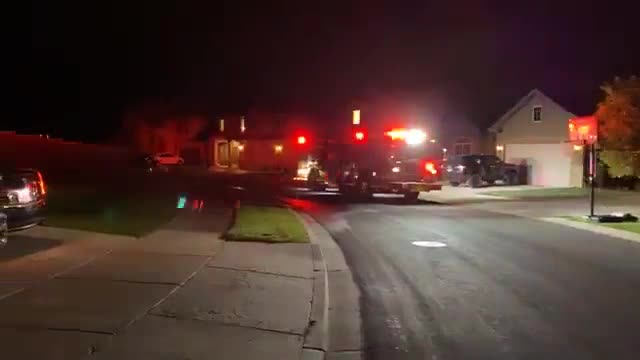 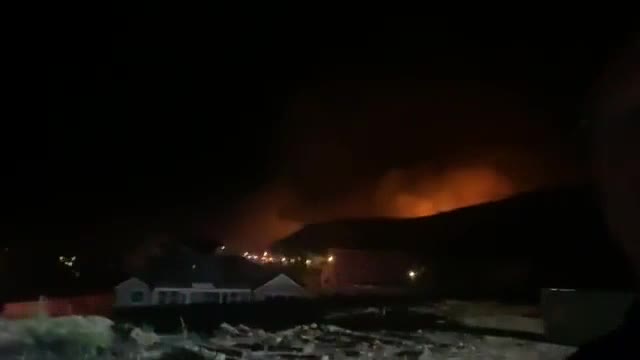 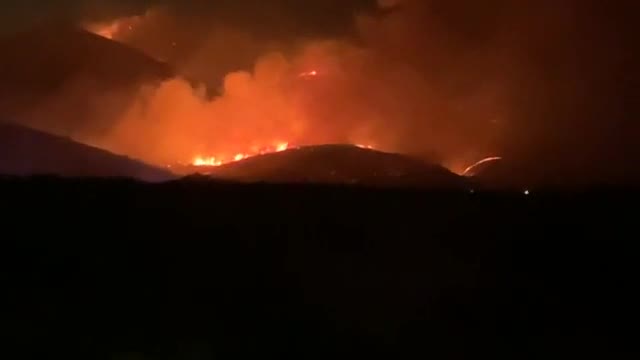 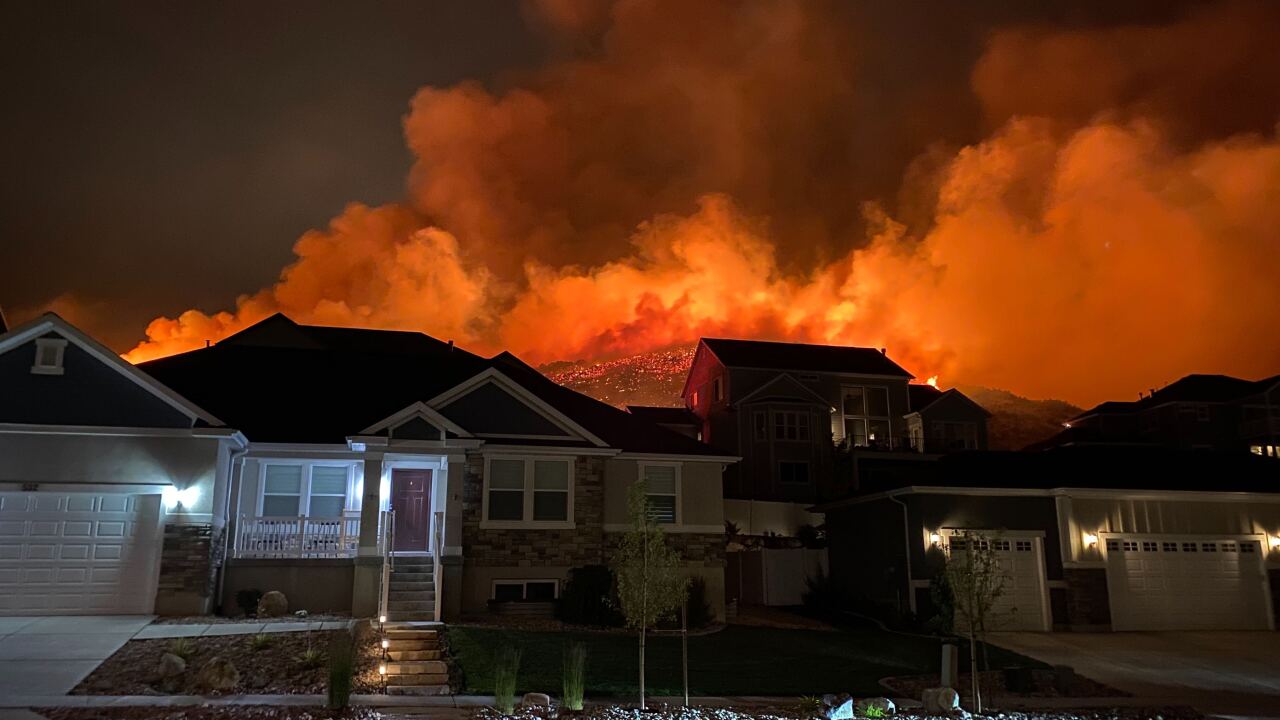 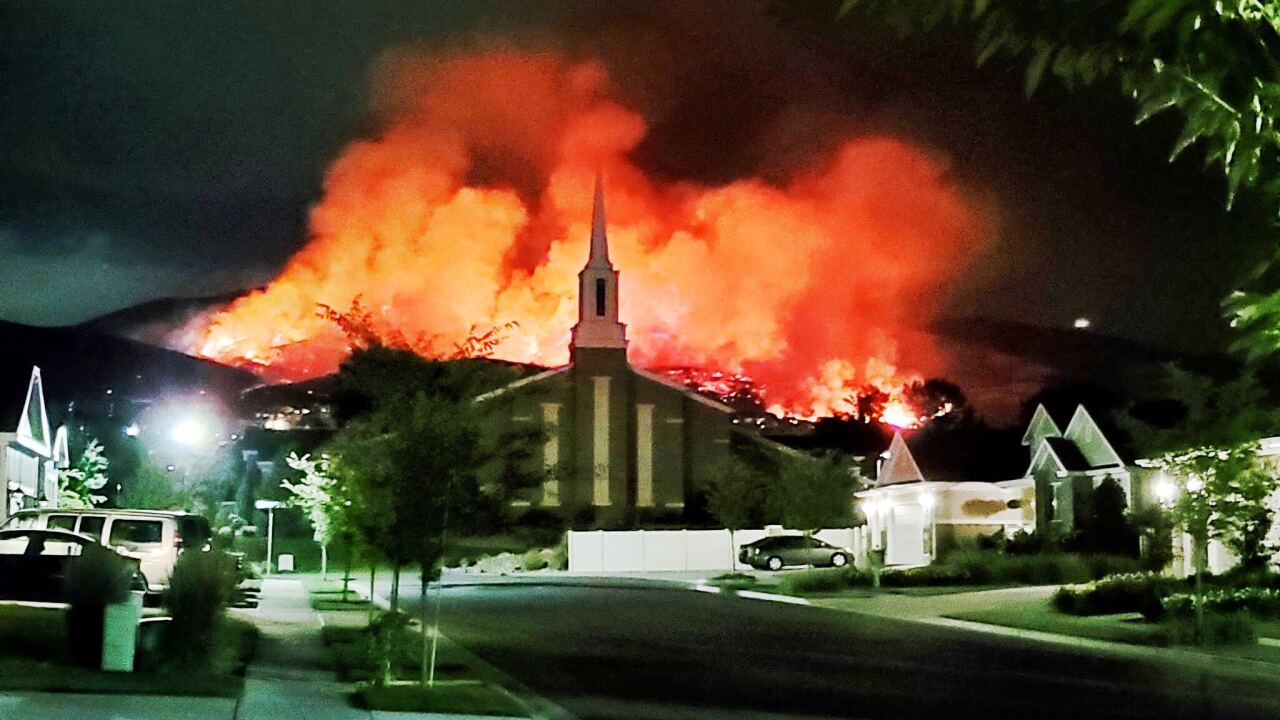 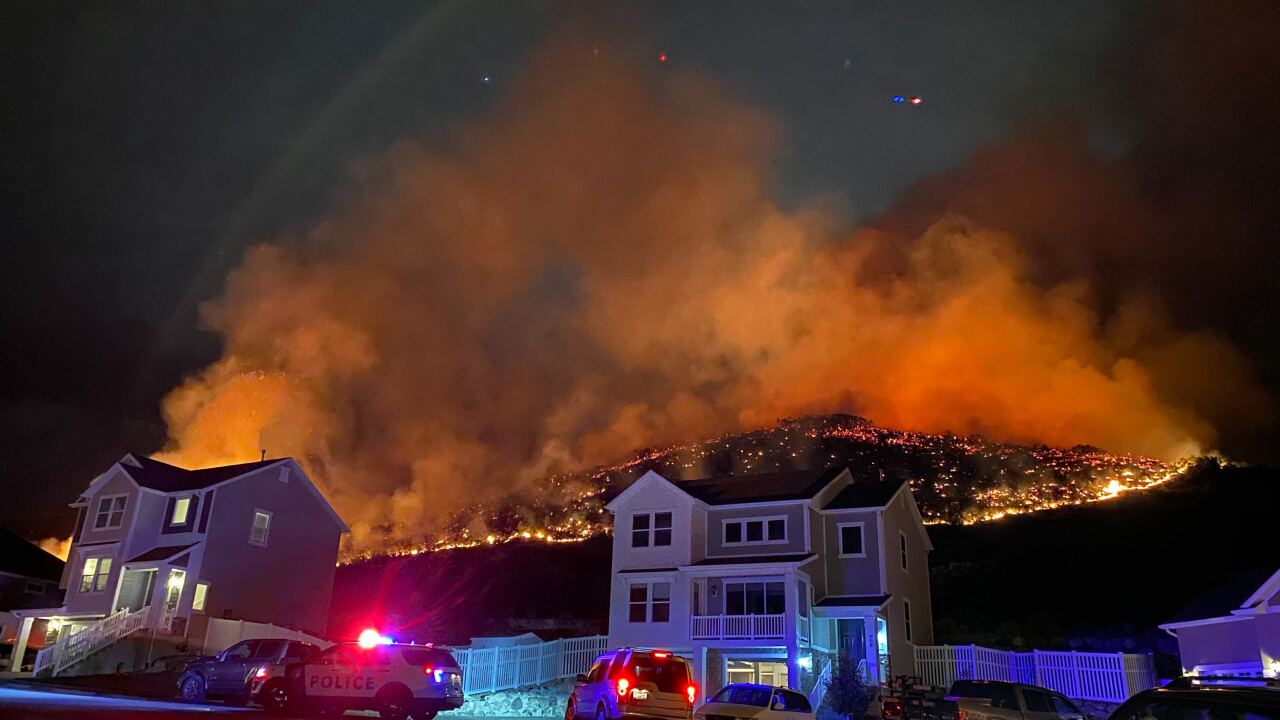 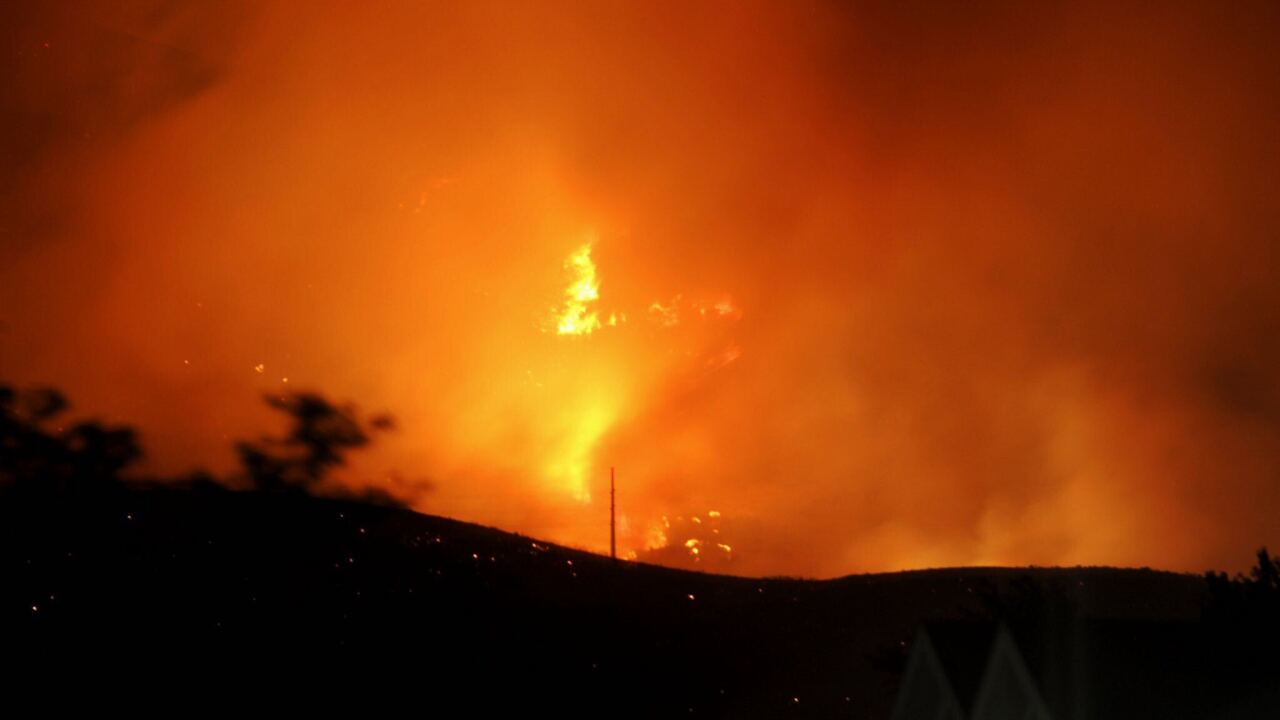 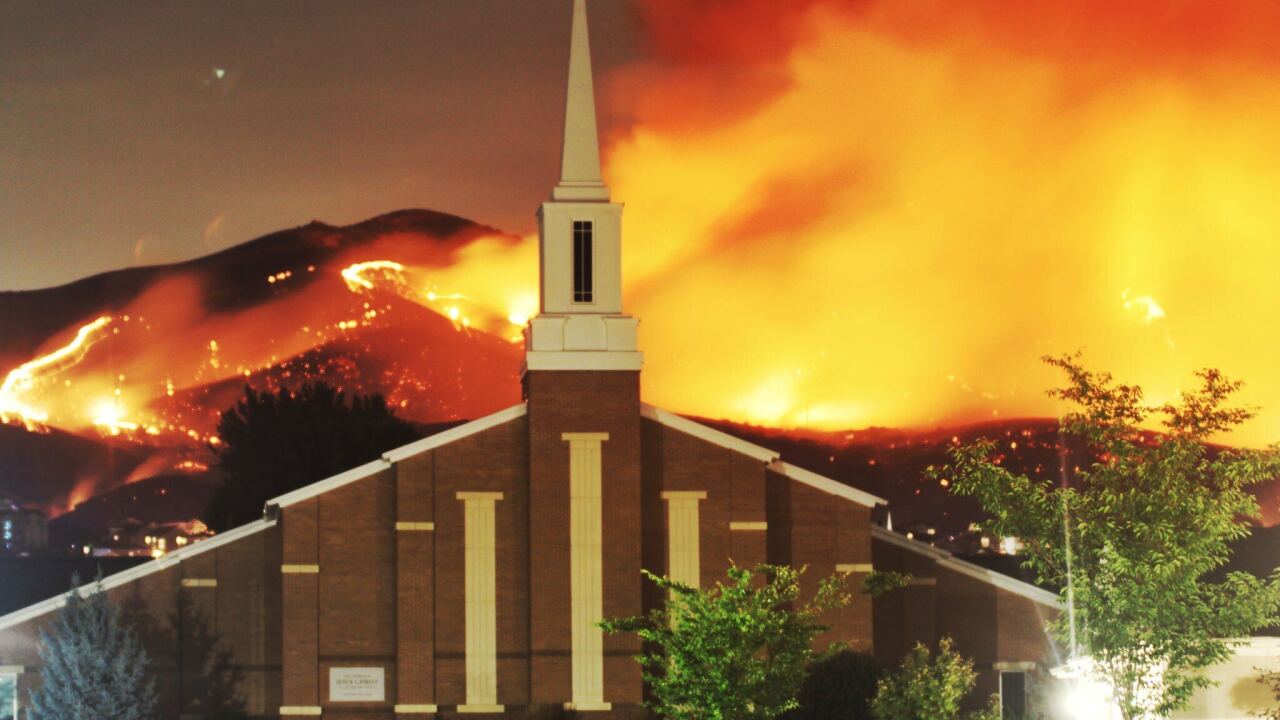 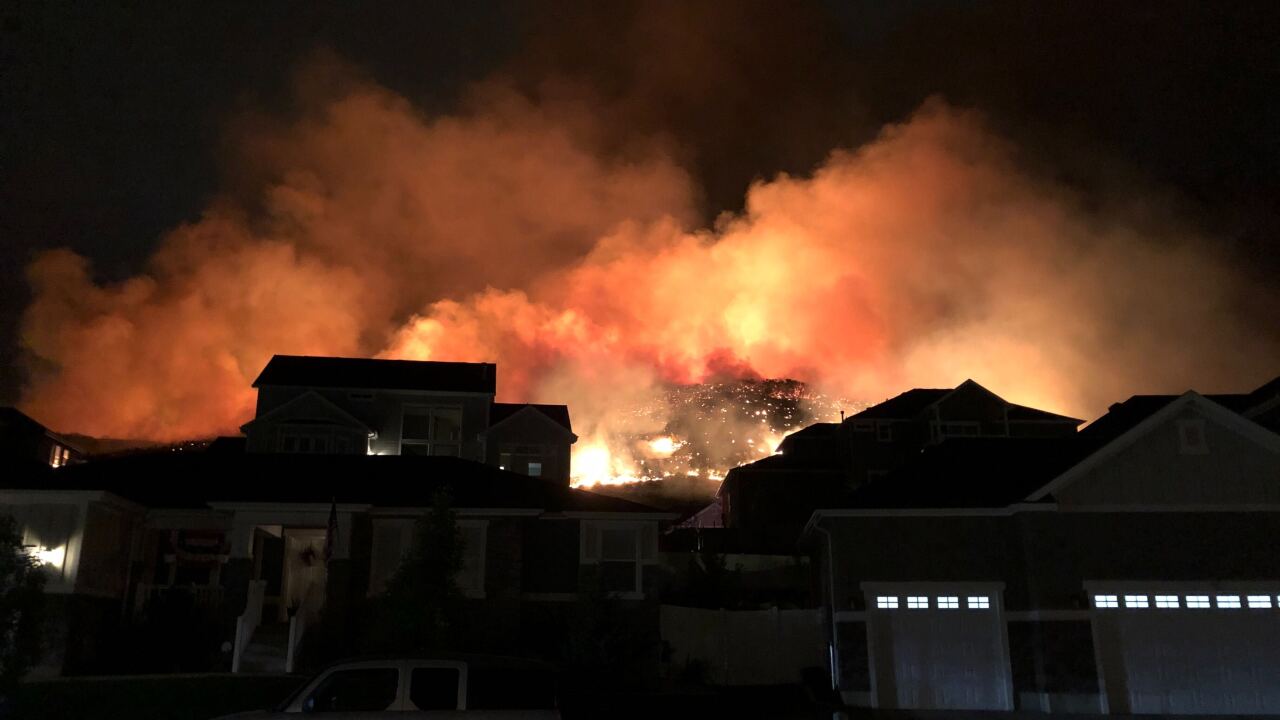 UTAH COUNTY — Evacuations were lifted Sunday afternoon for Lehi residents whose homes were threatened by a wildfire.

Forty-two homes and 100 people were evacuated due to the "Traverse Fire" that started late Saturday night above Lehi.

Homes in the Traverse Mountain area were evacuated around 12:30 a.m. on Sunday in the Spring View Lane and Autumn Hills areas. The evacuations were lifted Sunday evening just before 7 p.m.

Draper City later ordered the evacuation of the Maple Hollow neighborhood, which was lifted at about 7:30 p.m.

"Crews have assessed the situation and are confident that no additional flare ups will occur in the area," an announcement from Draper City read.

The blaze was last estimated at 450 acres with 26 percent containment.

According to Lehi Fire Chief Jeremy Craft, no major damage was reported to any homes or structures.

Officials say it was started by fireworks, and the suspect is cooperating with police.

Fireworks are illegal to light off in the state of Utah except for in the days surrounding Independence Day, Pioneer Day and New Year's holidays -- specifically, July 2-5, July 22-25 and Dec. 31-Jan. 1.

During those days, some areas are still off-limits to firework use due to increased wildfire danger.