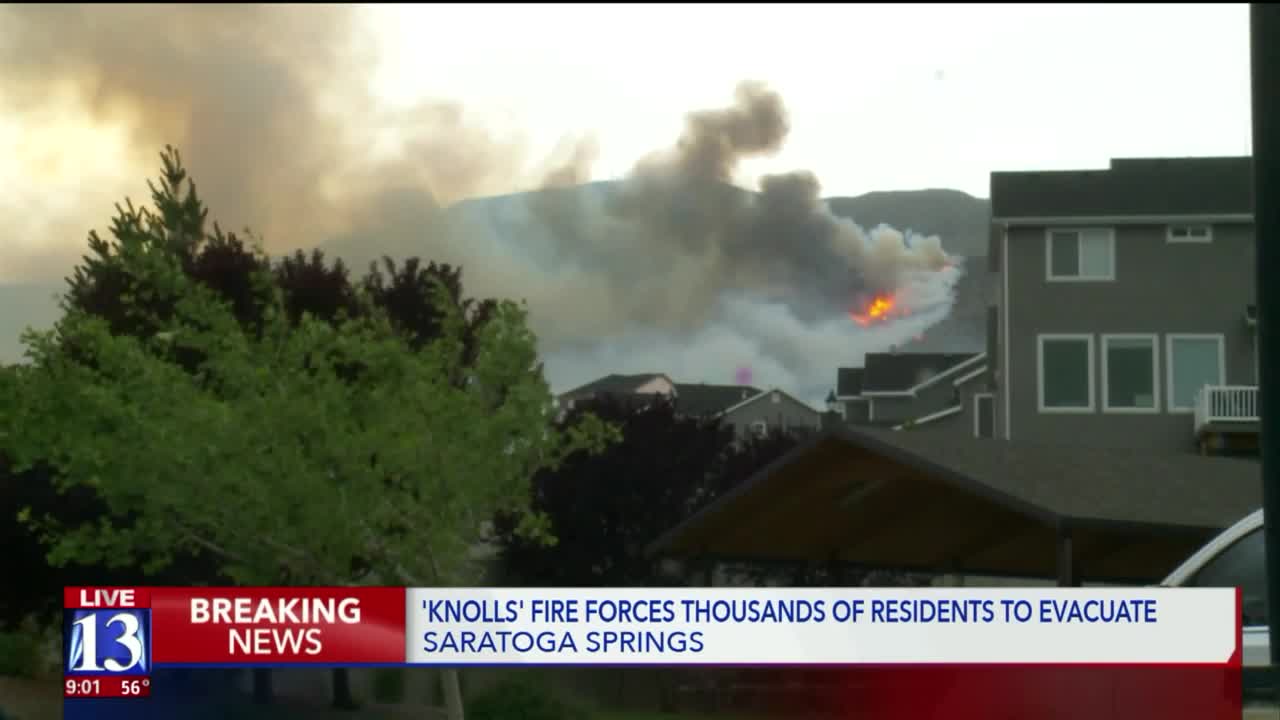 FOX 13's Elle Thomas has the latest from Saratoga Springs. 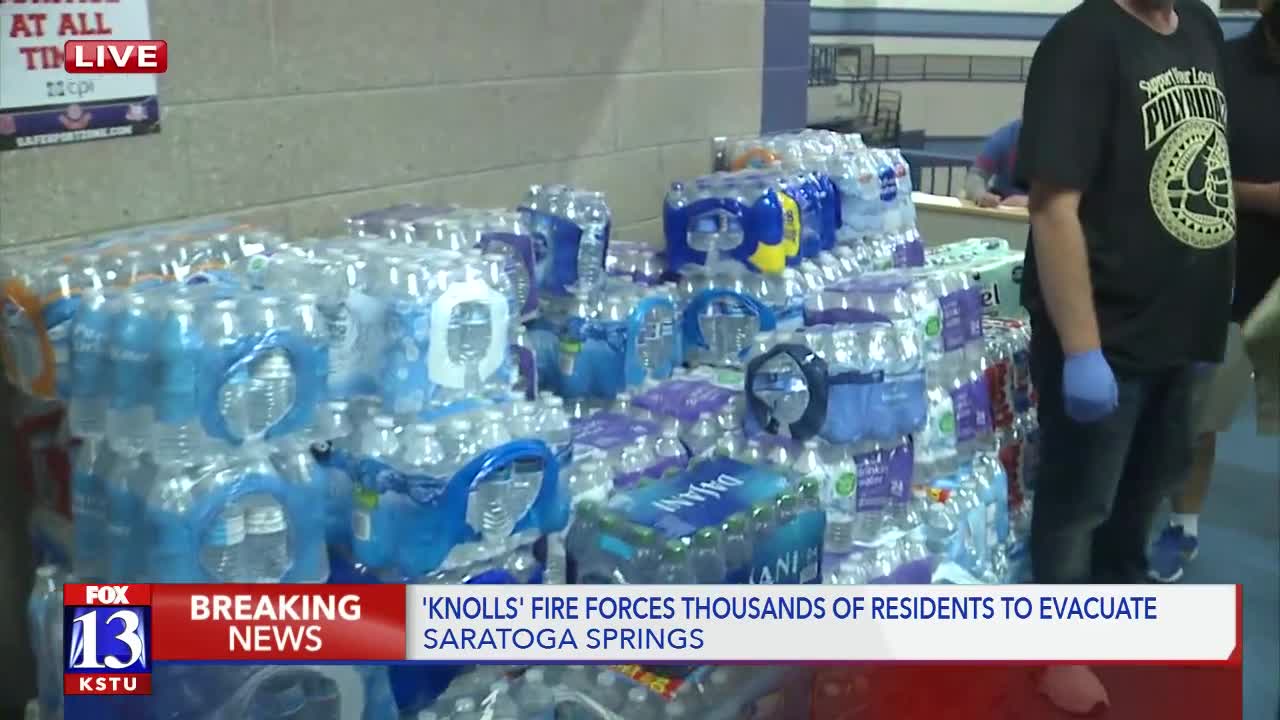 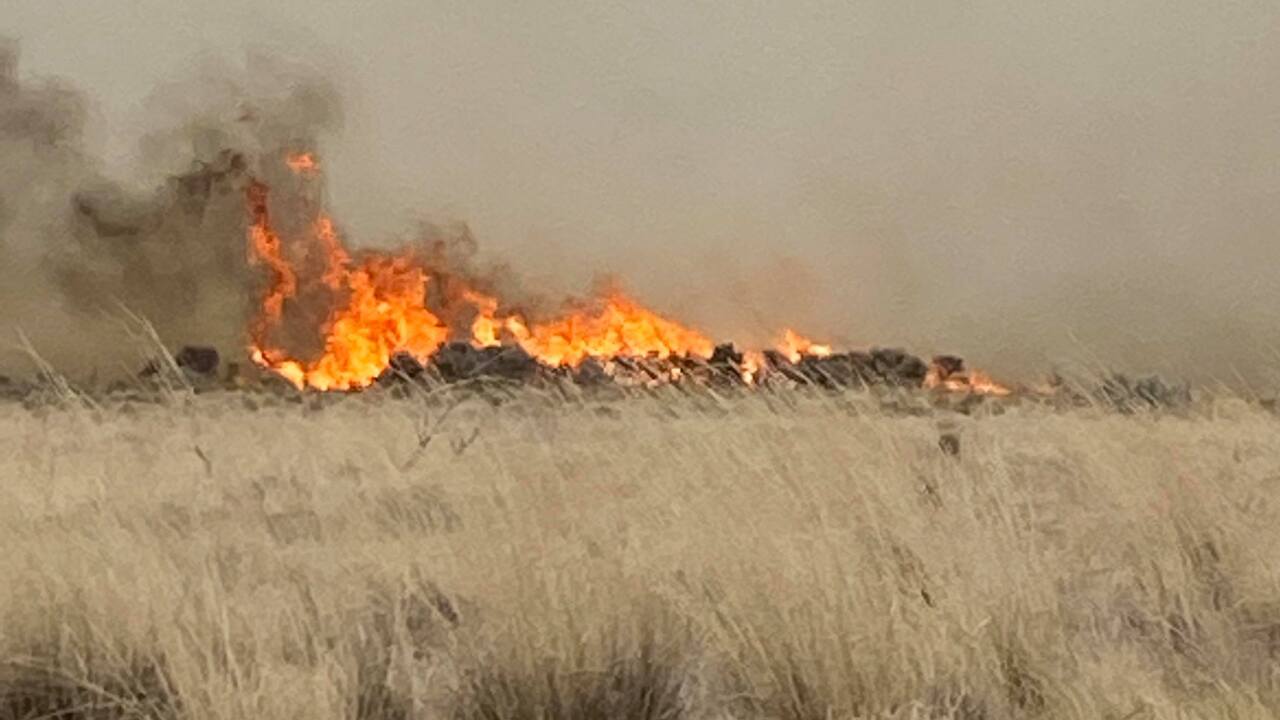 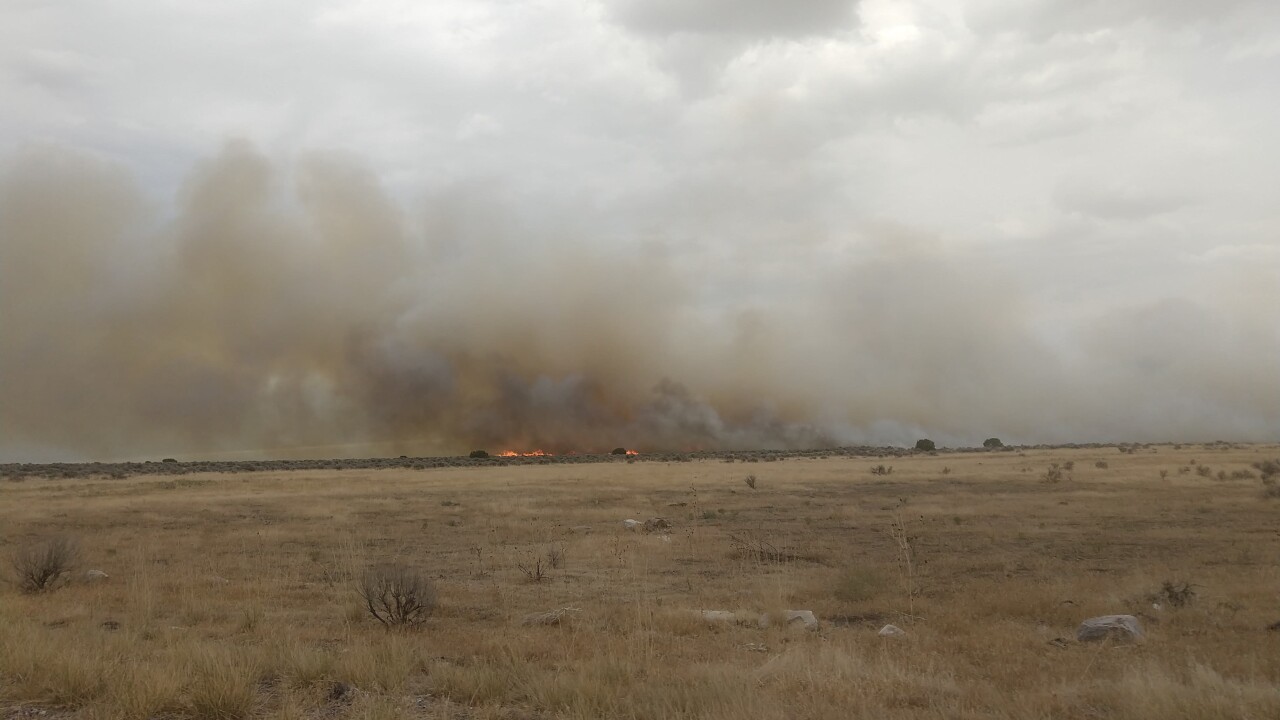 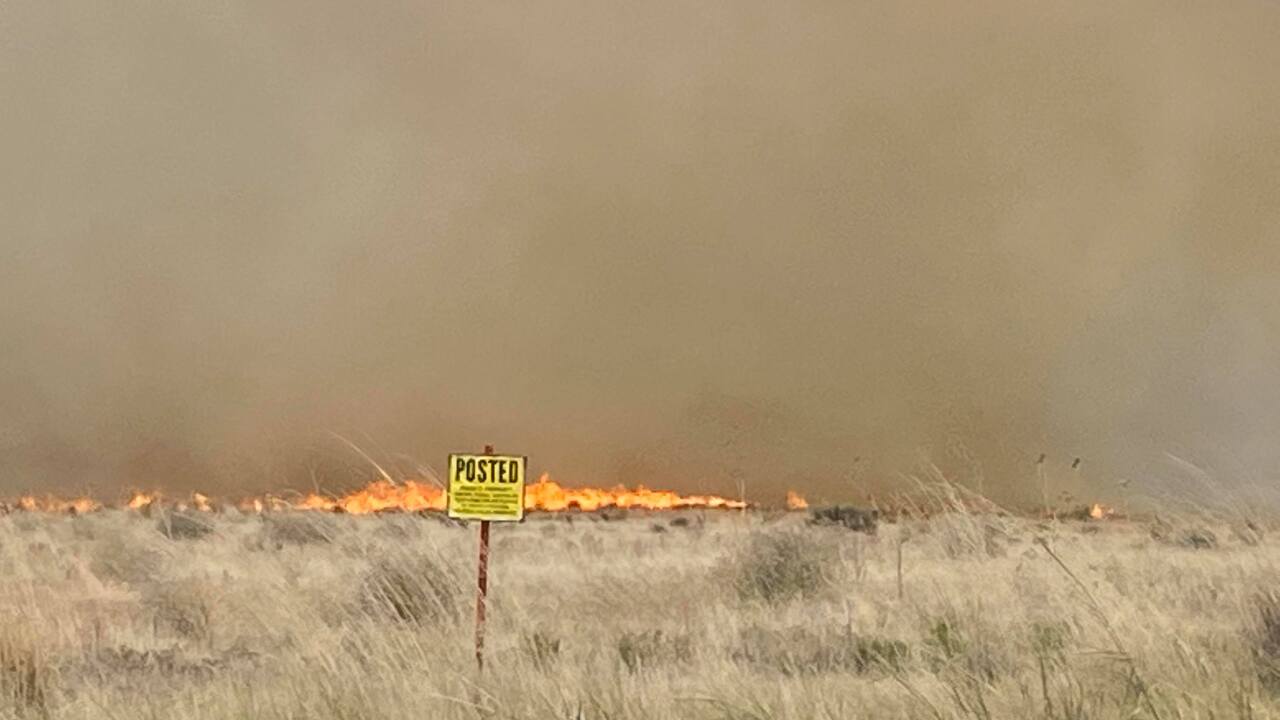 The "Knolls Fire" was first reported between 2-2:30 p.m. burning south of Saratoga Springs and east of Lake Mountain, driven north by high winds. It was estimated at 2,000 acres as of 6:30 p.m. with no containment.

Evacuations began for homes in the south end of Saratoga Springs around 2:45 p.m.

Homes located south of Grandview Blvd. and west of Redwood Road, as well as those in the Pelican Bay area, were told to evacuate — a total of more than 3,000 homes and 13,000 residents, a city spokesperson later said.

Evacuated residents who need shelter are advised to go to Westlake High School at 99 N. 200 West in Saratoga Springs. Those who are able were asked to find family or friends to stay with.

Some homes have received damage, officials said, but no further details were available.

Volunteers and donations are not needed.*

Redwood Road has been closed in the area, and authorities ask that drivers not attempt to drive south toward the threatened area. Authorities also urged residents to not return home or to any home under the evacuation order, but instead to inform them if someone living in the area needed to be checked on or needed help evacuating.

*FOX 13 was previously told that donations of certain items were needed, but Red Cross officials later said they could not accept donations due to COVID-19 concerns.