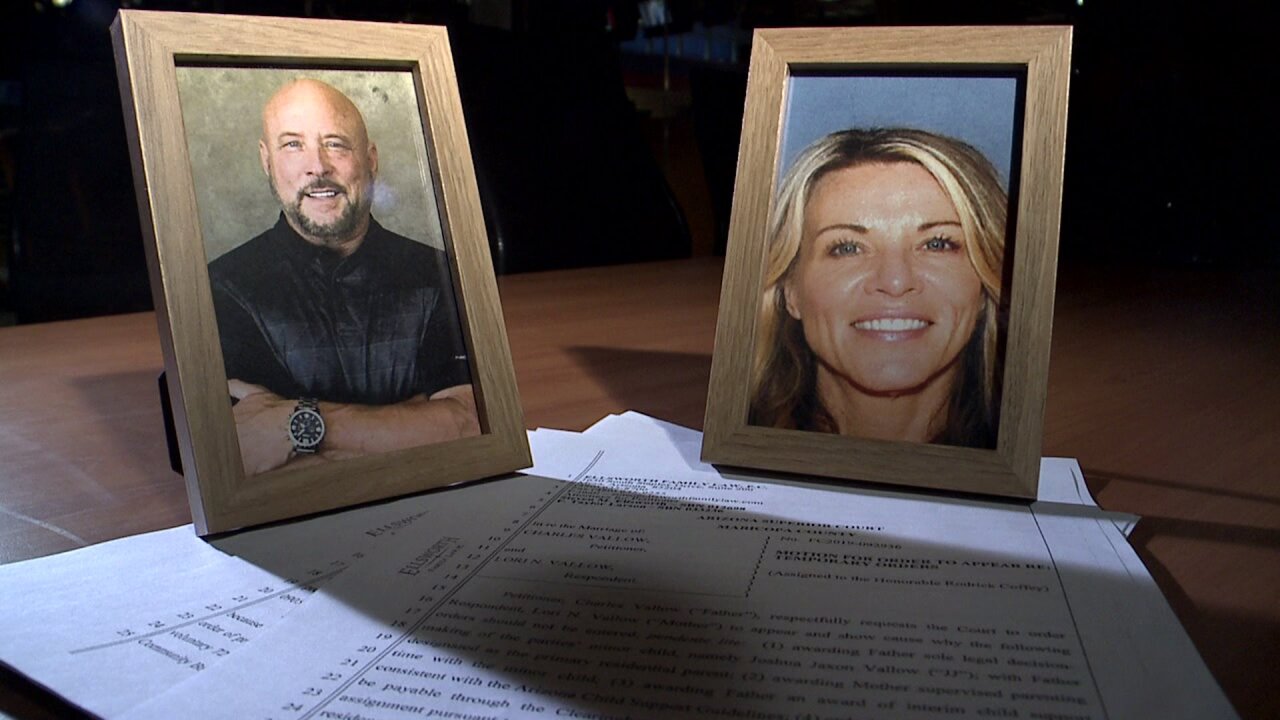 The late adoptive and stepfather of two missing children from Idaho removed his wife from his insurance policy months before he died, according to Charles Vallow’s family members and lawyers.

Vallow was the adoptive father to 7-year old Joshua “JJ” Vallow, and the stepfather to 17-year old Tylee Ryan. He was married to Tylee’s mother and JJ’s adoptive mother, Lori Vallow-Daybell.

JJ’s grandfather Larry Woodcock told Fox 13 over the phone Wednesday morning that Charles brought up his life insurance policy to them in February of 2018. Larry explained that Charles told his sister and JJ’s grandmother, Kay Woodcock, that he was afraid of Lori and her brother, Alex Cox.

Vallow’s lawyers confirmed to Fox 13 that Vallow met with them in February.

“After we first met with Charles, we advised him to obtain an order of protection because he feared for his safety,” said F. Taylor Larson. “We then advised Charles to change the beneficiary from Lori to someone else because he was worried his death would be at the hands of Lori’s brother Alex and he did not want the money to go to Lori.”

Larry Woodcock explained that Charles designated Kay as the sole beneficiary of the $1 million life insurance policy. Larson said that Lori was not advised of the policy change.

“Charles informed us that he had changed the beneficiary to Kay Woodcock from Lori Vallow because he wanted to make sure the money would go to help with raising JJ,” Larson said, in an email.

Just months later in July of 2019, Alex Cox shot and killed Charles when Charles came to pick up JJ from Lori’s Chandler, Arizona home. Cox claimed self-defense, and police did not arrest him.

The investigation into Vallow’s death is ongoing.

After Vallow died, Larry indicated that Charles left Kay with instructions on what to do, and they “lived up to Charles’s request.” Charles is survived by two sons, in addition to JJ.

East Idaho News reported that Kay told them Lori called the insurance company days after Vallow’s death, but was not allowed to access the information on the account.

“It was a photo of the ‘change of beneficiary’ form that she must have gone digging for,” Woodcock told East Idaho News. “It named me as the sole beneficiary and she wrote, ‘Five kids and no money and his sister gets everything.’”

JJ and Tylee went missing in September, after Lori, Alex Cox and the kids moved to Rexburg, Idaho. Lori has since married Chad Daybell. Daybell’s late wife, Tammy, died weeks before Lori and Chad married. Her death is considered suspicious, and her autopsy results have not been released.

Alex Cox later died in Gilbert, AZ in December. His cause of death and autopsy results have also not yet been released.

Lori and Chad are currently in Hawaii. Lori missed a deadline to bring her kids to authorities in Rexburg, but has not been arrested on any charges.

Kay and Larry attended a hearing in Rexburg, ID Wednesday afternoon as they seek temporary custody of JJ. Larry said they didn’t anticipate anything major to take place at the preliminary hearing, but that it would be the first step in finalizing the ability to have custody of JJ when he is found.

Kay and Larry are offering a $20,000 to find JJ and Tylee. Click here to learn more.