Winds could result in power outages and property damage 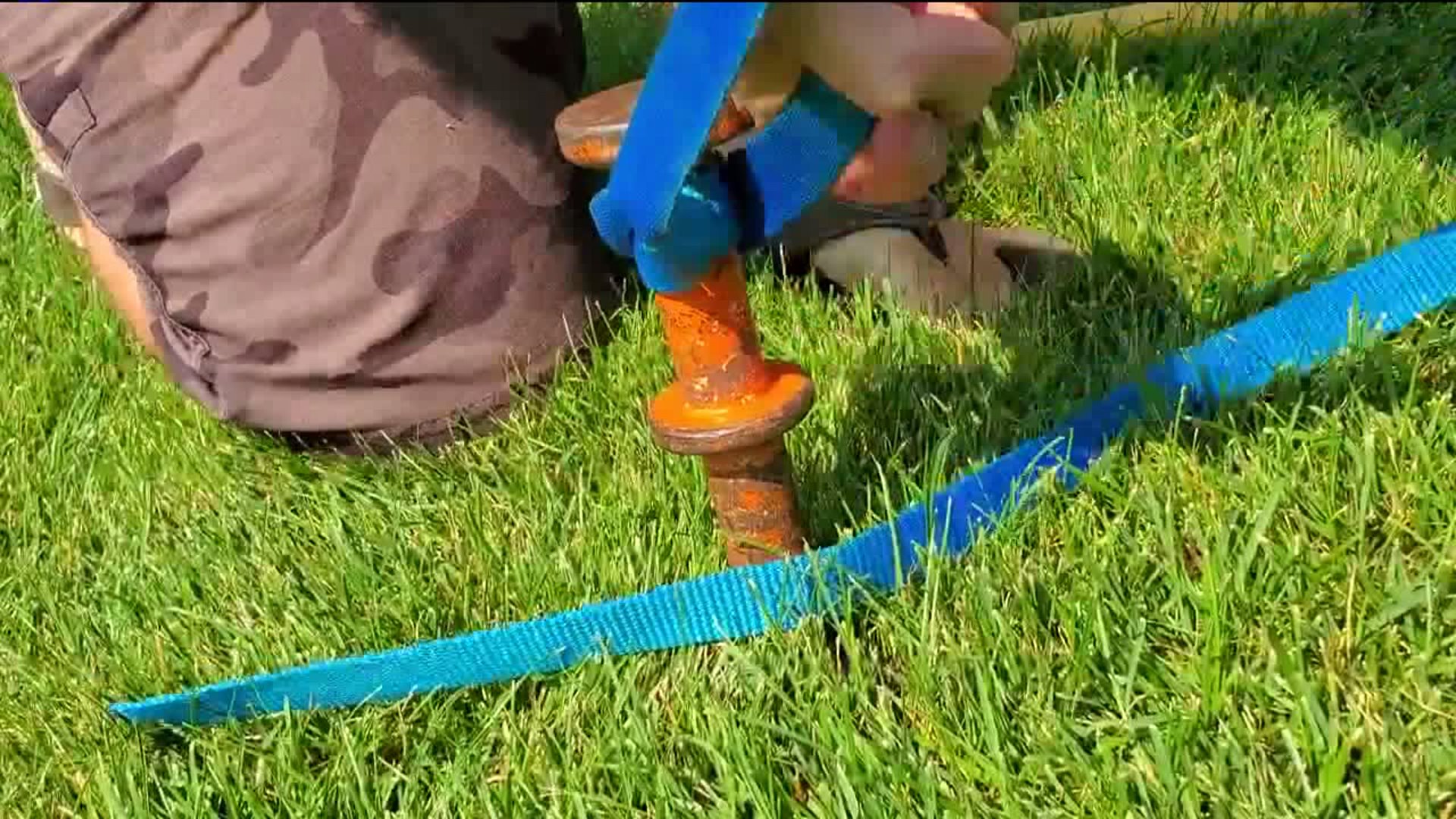 The following map shows the areas where high winds can be expected in the three counties:

The gusts are expected to create strong crosswinds along the I-15, U.S. 89 and Legacy Parkway corridors. Those living in the affected areas are urged to secure loose objects such as decorations, trampolines and garbage cans.

The strongest winds are expected to occur late Monday night into Tuesday morning.

Residents in Davis County could be the worst off, with gusts of 60 to 75 miles per hour.

Bounce King Inflatables delivered a gigantic inflatable slide to a home in Bountiful Monday afternoon. Company owner Josh Douglass hammered stakes into the ground, to tie the slide to.

"Never play with the wind," he said, as he swung the mallet.

He explained that he's been watching the wind advisory very closely. He said he called the family Sunday to warn them, and give them a choice on if they still wanted the slide delivered.

"The wind gets underneath them, and just lifts them out of the ground. It'll rip the straps apart, it'll tear the bounce house," Douglass said. "So, yeah. The wind is pretty dangerous when it comes to bounce houses."

The winds aren't supposed to kick up until late Monday night, and he said the slide was only going to stay up until 6 pm -- so the family felt fine on inflating it.

"The wind advisory is set right now for midnight, so we're going to hope for the best," Douglass said. "They've been warned. And usually we'll give them a call every hour or so, checking on the wind."

He explained to the family that if wind gusts reached over 20 miles per hour, they were to shut off the pump and deflate the slide immediately.

As he made sure the slide stayed safe and secure, Lee in neighboring Centerville tied his garbage cans to a tree in his yard. He explained that he's been through quite a few wind storms, and that his neighbors once had their windows blown out by strong gusts of wind.

Lee described how the City of Centerville notified him of the wind advisory.

"Within the last half hour, I got a phone message and a text message indicating that there would be a wind event of 75 miles an hour or more," he said.

That's what prompted Lee to head into his yard, and secure his garbage cans and garden.

"Now I'm going to take apart a lot of the garden, and try and cover up some of it," he explained. "I'll probably lose most of everything that I can't get covered."

The Utah Highway Patrol urges people in camping trailers and high-profile vehicles to get those vehicles off the road and avoid traveling in the area Monday night.