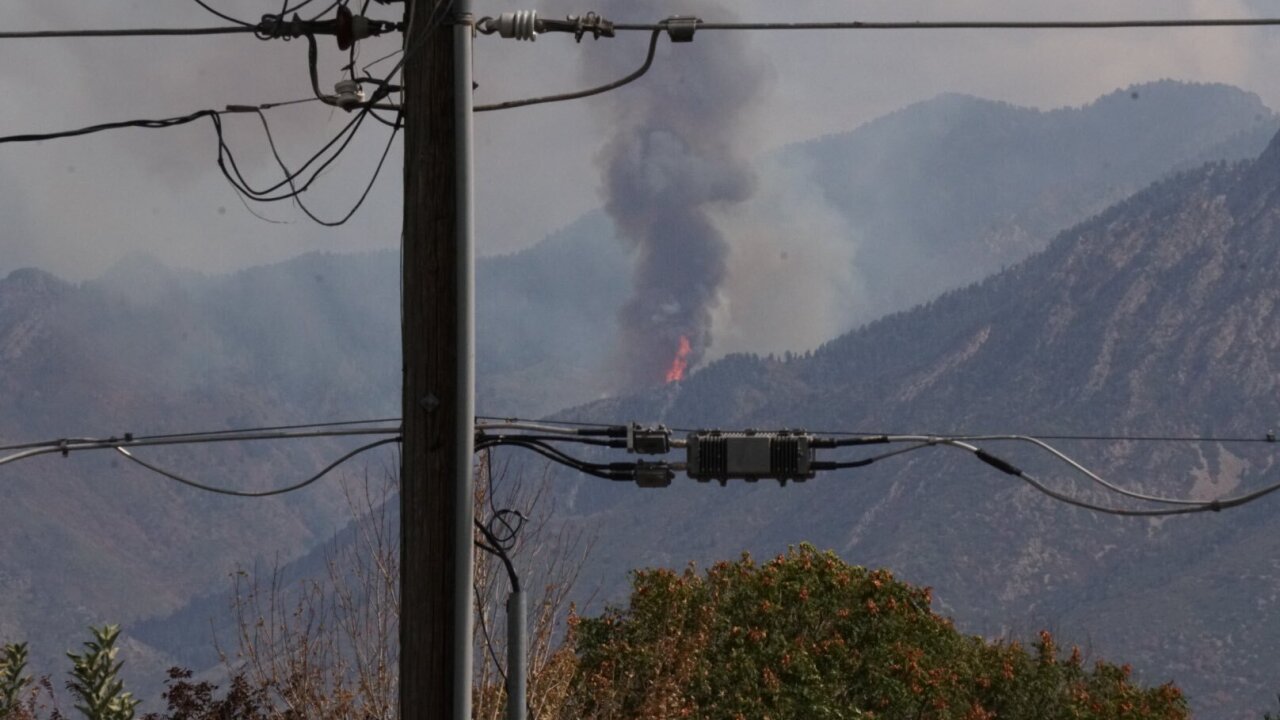 SALT LAKE COUNTY, Utah — More than 130 firefighters are working to contain a wildfire in the Mount Olympus wilderness area Wednesday.

The Neff's Fire ignited Monday about one mile east of the Neff's Canyon trailhead, and it has forced several closures in the area, the U.S. Forest Service reports. (Scroll down to see the closures.)

Firefighting officials have assigned 131 personnel to contain the fire, and their resources include four helicopters, four fixed-wing aircraft and five engines.

The Neff's Fire is particularly challenging due to the rugged terrain and trees that became unstable in a hurricane-force wind event that occurred two weeks ago.

Fire officials have yet to determine what caused the fire.

Drone pilots are reminded to keep their drones out of the area as they can interfere with aerial firefighting efforts.