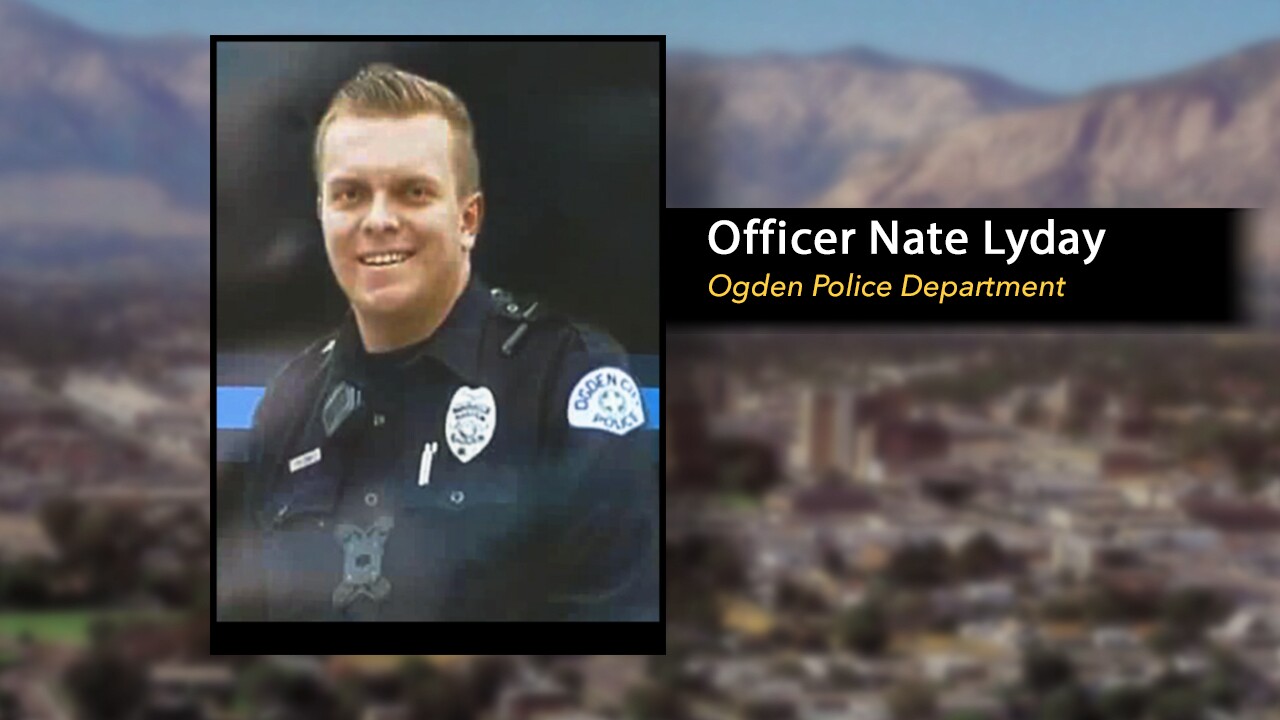 OGDEN, Utah — Ogden Police have released the name of the officer and suspect who died in a shootout Thursday afternoon.

Ogden Police said Lyday was getting ready to celebrate his fifth wedding anniversary and his wife's graduation from Weber State University.

"A warrior, guardian and public servant, Officer Lyday sacrificed his life on behalf of the threatened and fearful family on the scene, the citizens of Ogden and immediate area, the greater Ogden community and the fellow law enforcement officers who were with him," said Ogden Police Chief Randy Watt.

Lyday was born in Ogden, loved his job and is remembered as always smiling, an Ogden Police spokesman said.

Watt said Lyday had been part of the force for about 15 months before his passing.

Watch FOX 13 for further details as we get them.

Donations can be made to Officer Lyday's family at any America First Credit Union branch, or by transfer for existing AFCU members, at this account: