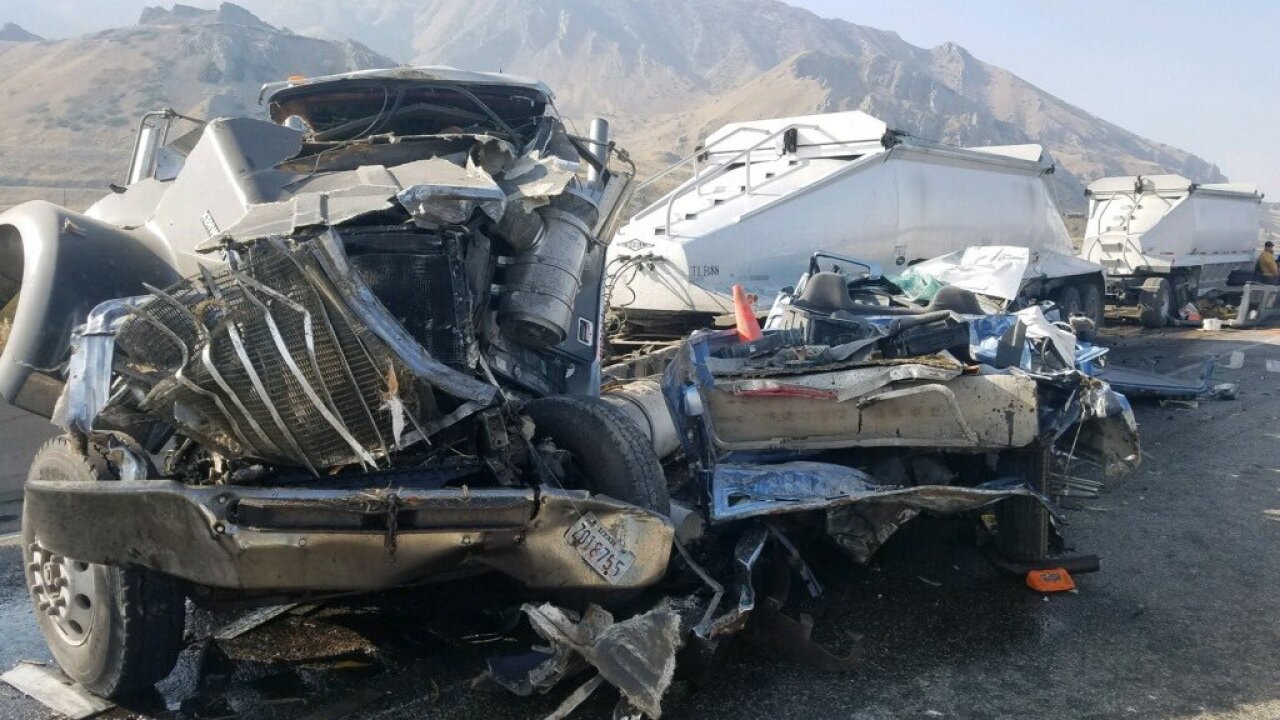 According to the Utah Highway Patrol, the crash happened near mile marker 101. Two commercial vehicles, a pickup truck and a car were involved in the crash.

A UHP spokesman said the crash happened around 8:47 a.m. the roadway is expected to be closed for several hours.

According to UHP, a small cement mixer fell off the pickup truck and a few drivers swerved to avoid hitting the mixer.