Protesters kneel with police, lie down in solidarity and march through downtown SLC 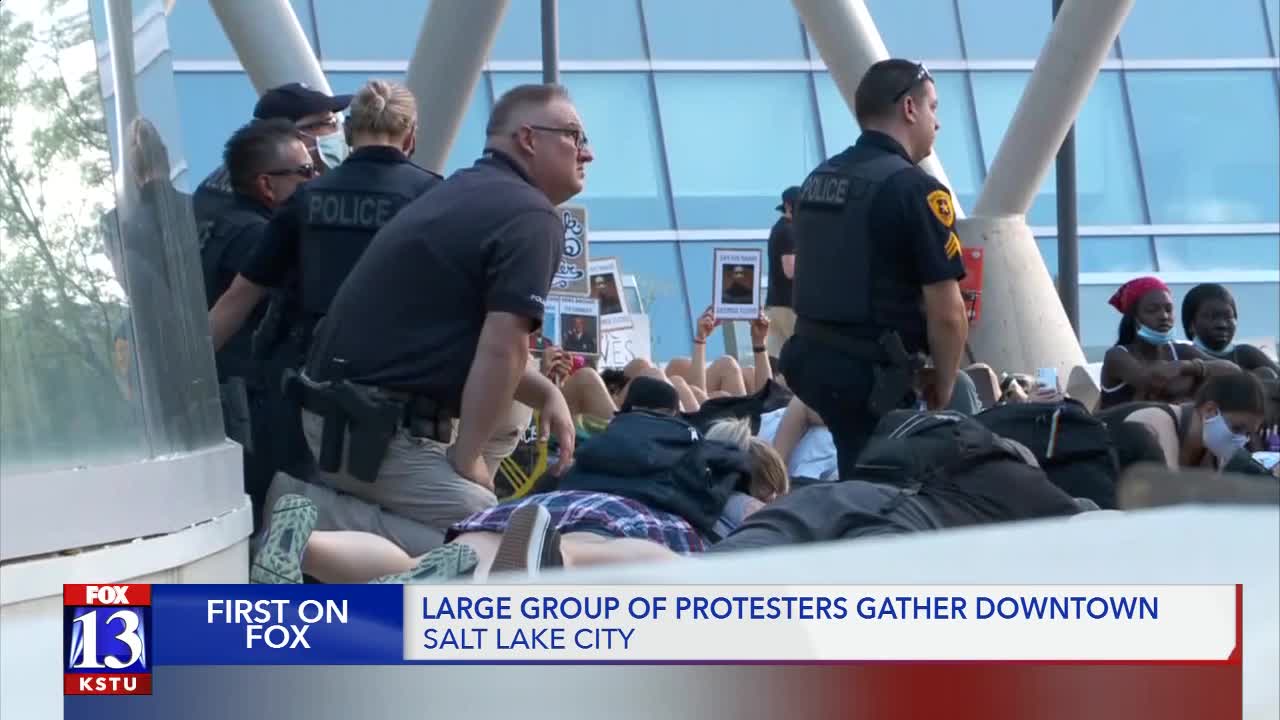 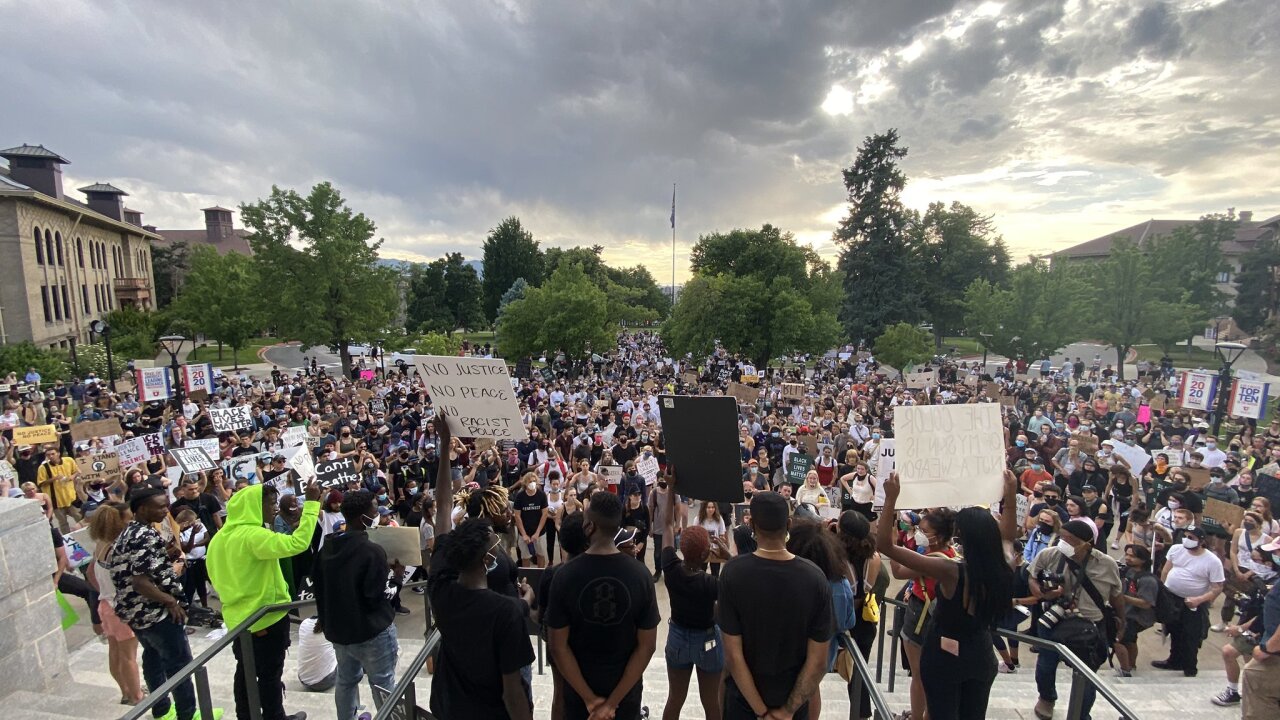 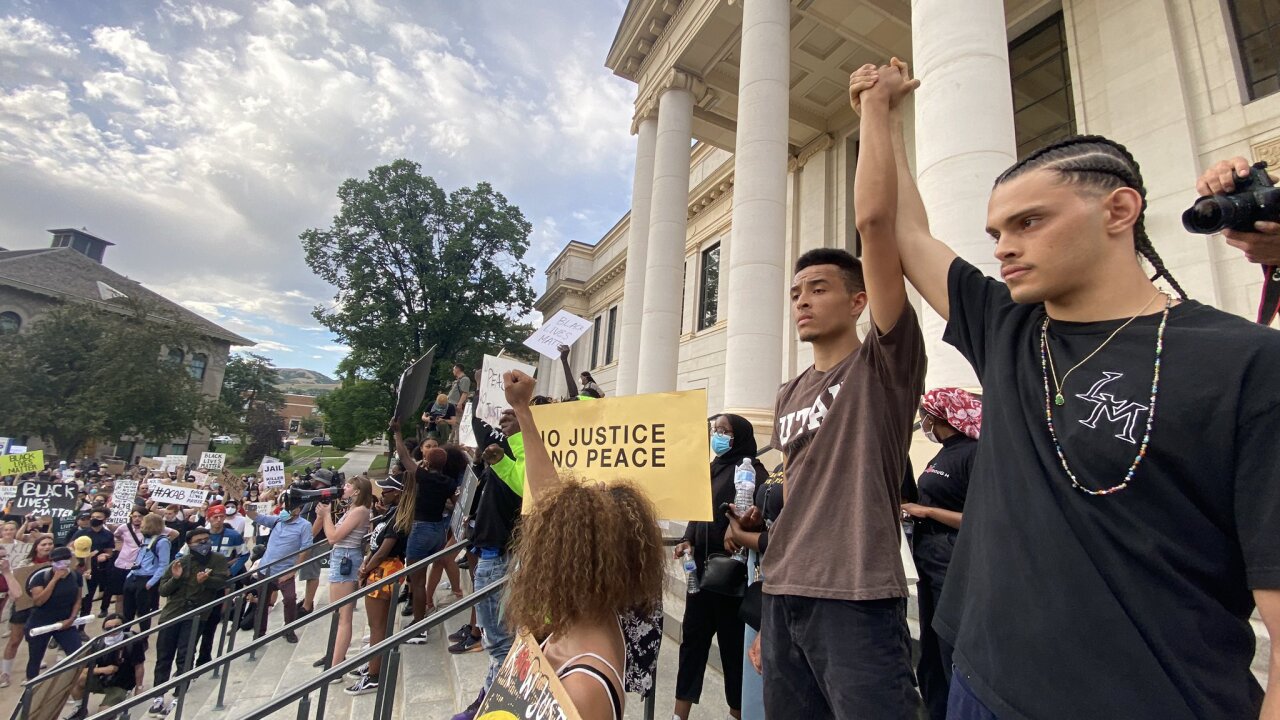 After a handful of days resulting in varied protests, including criminal behavior during Saturday's event which started as a 'car caravan', the group marched throughout the streets to speak freely and spread their message.

The protest began at the Salt Lake City Public Safety building where protesters spoke to the crowd. They also took a knee with Salt Lake City Police, including Chief Mike Brown and Assistant Chief Tim Doubt.

After the knee, an eight-minute, 46 second 'lie down' took place to signify the time an officer was seen having his knee on the back of George Floyd's neck.

After roughly an hour at the Public Safety building, protesters marched through the streets of Salt Lake City and eventually settled on 400 E, where they weaved their way to the University of Utah and gathered in the President’s Circle at the steps of the Park Building.

Utah DPS told FOX 13, around 7 p.m., they estimated between roughly 900 and 1,200 demonstrators at the University of Utah with another 100 at the Utah State Capitol.

Following speeches, chanting and another symbolic 'lie down,' the large group split (with some leaving the crowd) and dispersed along 400 S and 100 S. The remaining protesters met up at 400 S and marched together to Washington Square.

Protesters linked back up on 400 S and are walking towards Washington Square.

It's anticipated that more protests and gatherings will take place throughout the week at various locations across the state.