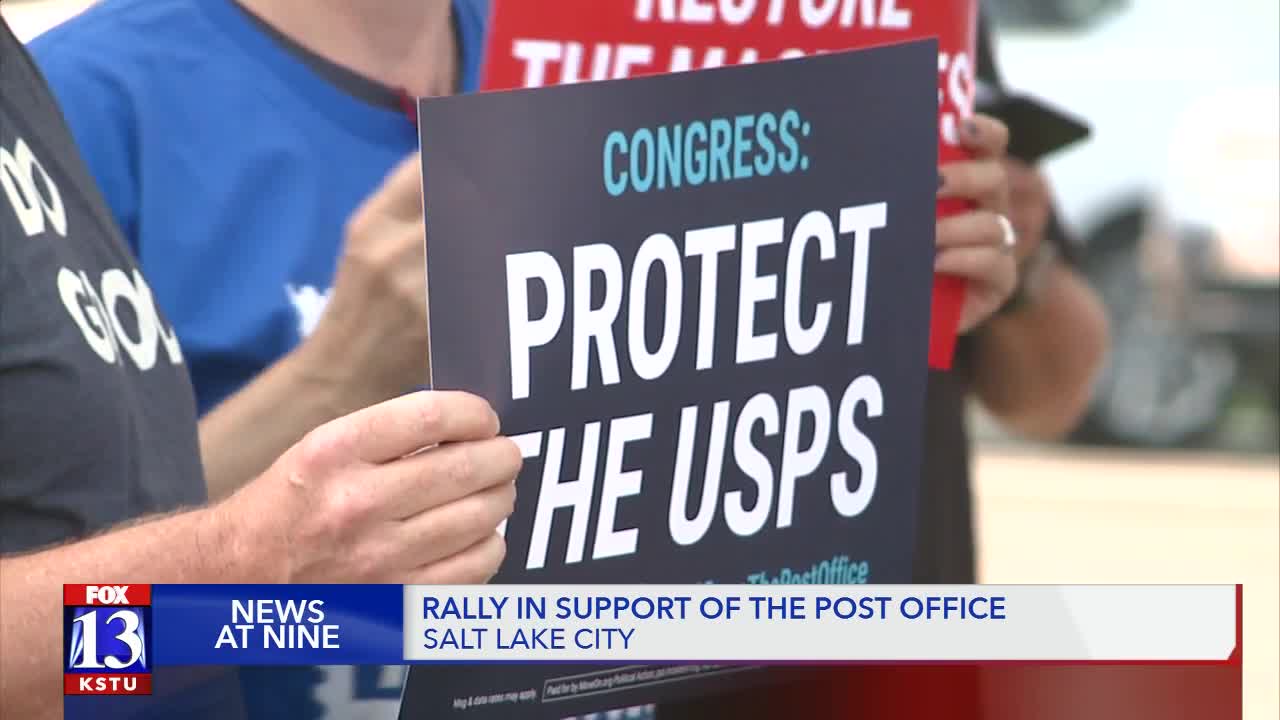 Supporters of the U.S. Postal Service joined together with workers Saturday to support more funding to the organization ahead of the November election.

SALT LAKE CITY — Supporters of the U.S. Postal Service joined together with workers Saturday to support more funding to the organization ahead of the November election.

Organizations including DemCast USA, Alliance for a Better Utah, Salt Lake Indivisible, Mormon Women for Ethical Government and the the American Postal Workers Union were in attendance at the rally outside a post office in downtown Salt Lake City.

“The Post Office is worth saving," said Jamie Carter, the director of partnership and outreach with DemCast. "It's not a business — it's a service to the American people.”

The group was also very much in support of the Delivering America Act that was passed by the house on Saturday evening.

The bill will influx $25 billion to the USPS ahead of the election to assure that ballots are on time.

President Donald Trump has said multiple times that he is not in support of a vote-by-mail election and has threatened a veto of the Delivering America Act as well.

Those in attendance at Saturday’s rally were not in support of the president.

“He is trying to steal the election… Trying to suppress votes… These are Jim Crowe-era laws,” Carter said.

That was a sentiment also echoed by Darlene McDonald, chair of the Utah Black Roundtable.

“The Post Office is in trouble," she said. "It is under attack by the administration… He’s trying to steal an election — that's just the bottom line.”