City ranks fourth in the world behind Lahore, Shanghai and Tashkent 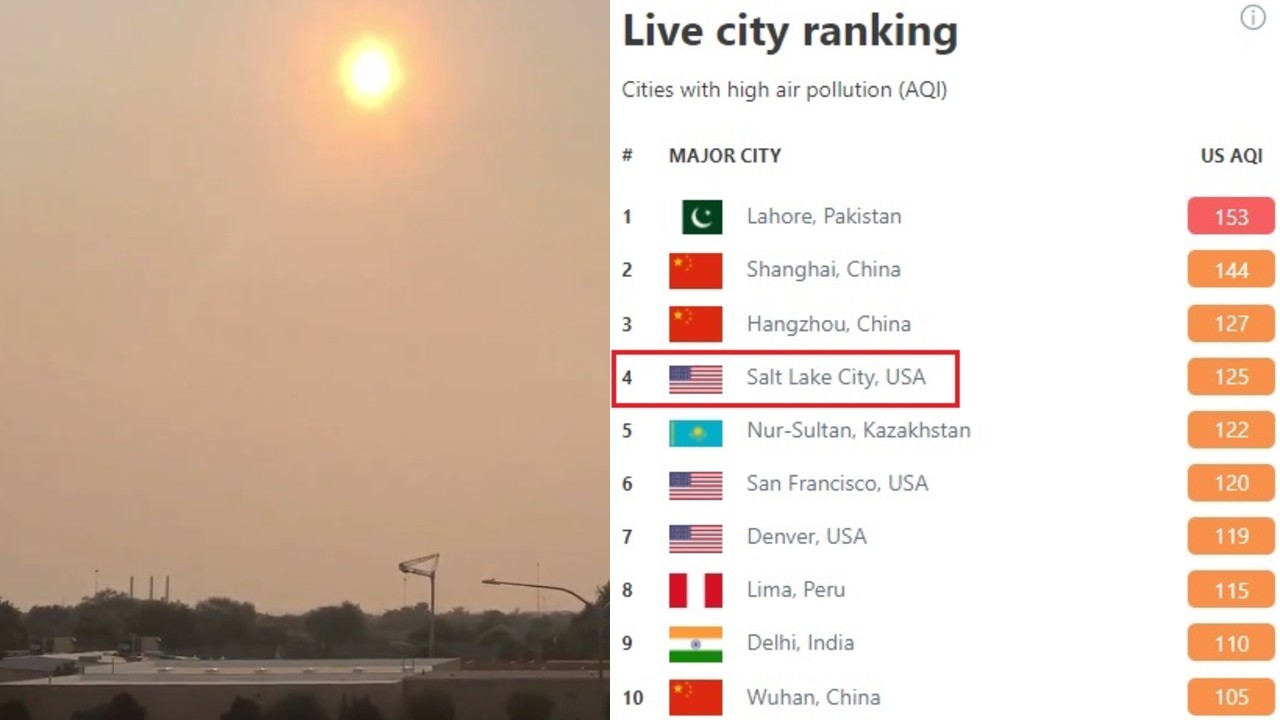 SALT LAKE CITY — If you think the polluted skies above the Salt Lake City area are ridiculously bad Monday, you are spot on.

According to IQAir, a group that records real-time air pollution data from all over the world, Salt Lake City's current air quality ranks the worst in the entire country.

And if that wasn't bad enough, for a time Monday morning, Salt Lake City's area was fourth worst on the entire planet, sitting behind just Lahore, Pakistan, and two cities in China.

Due to the smoke from nearby wildfires and normal summertime conditions, Salt Lake City reached an Air Quality Index (AQI) of 125 at one point Monday. AQI is the index used by the Environmental Protection Agency to measure air quality. A score of 125 is categorized as Orange, meaning members of sensitive groups may experience health effects.

“The people with heart and lung conditions, the people with asthma, they’re going to find it hard to breathe,” said Jared Mendenhall with the Utah Department of Environmental Quality. “For the rest of us, it’s going to be just hazy, murky skies.”

The high temperatures over the weekend mixed with the extra sunlight lead to the ozone pollution.

Residents said the skies put a damper on their Labor Day holiday plans.

“[It is] pretty crappy. I think when I checked my weather app this morning, it was like ‘worst air quality,’ it was like, ‘danger.’ So yeah, it’s pretty ugly.,” said Aleks Micic.

Some families were forced to make last-second change of plans because of skies over the area.

“We got up and it was like, ‘oh, it’s not pretty. It’s ugly.’ We don’t even know exactly why it happened,” said Mckay Jones, of Sandy, whose family opted for a walk at Liberty Park instead of a mountain hike.

Hazy skies will continue over the area through Monday, but should decrease as heavy winds move in during the evening hours and Tuesday morning.

“It’s going to cool down a little bit,” said Mendenhall. “That will limit the ozone production, and then hopefully we can get some fronts in to clear out some of this smoke.”