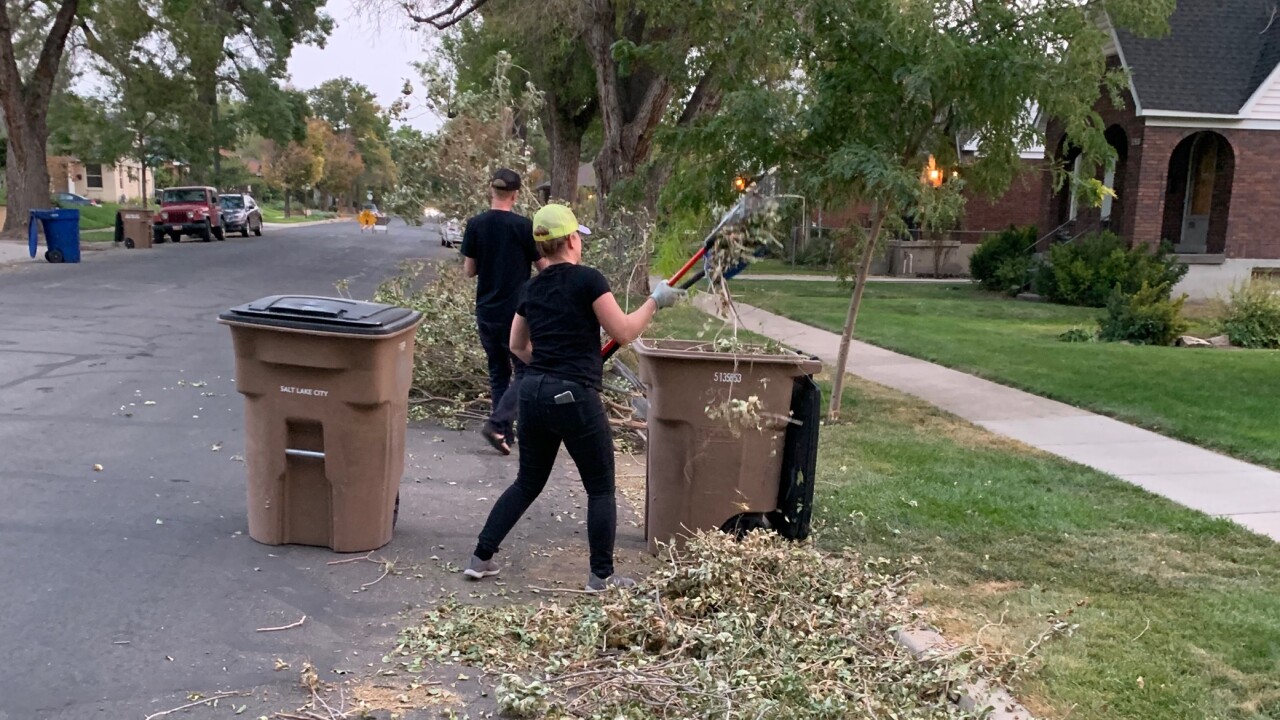 SALT LAKE CITY — Workers in Salt Lake City have removed thousands of tons of debris that cluttered streets, sidewalks, yards, parks and other areas after a devastating windstorm last month.

“This has been a monumental coordinated clean-up effort and we deeply appreciate the assistance of our residents and neighboring agencies in clearing storm debris in a safe and efficient manner,” Mayor Erin Mendenhall said in a news release. “With streets and storm drains clear, we are ready to move to the next stages of recovery.”

City crews estimate a total of 7,144 tons of storm debris has been removed from curbsides and another 1,300 tons were collected from the city's brown bins.

If residents have remaining green waste from the Sept. 8 storm, they are encouraged to use brown compost containers as much as possible. Up to two extra containers can be requested, while supplies last, from the Waste & Recycling Division at 801-535-6999 or by filling out this form: http://apps.slcgov.com/general/absolutefp/sanitation.htm [apps.slcgov.com].