Mudslides bring debris onto the roads 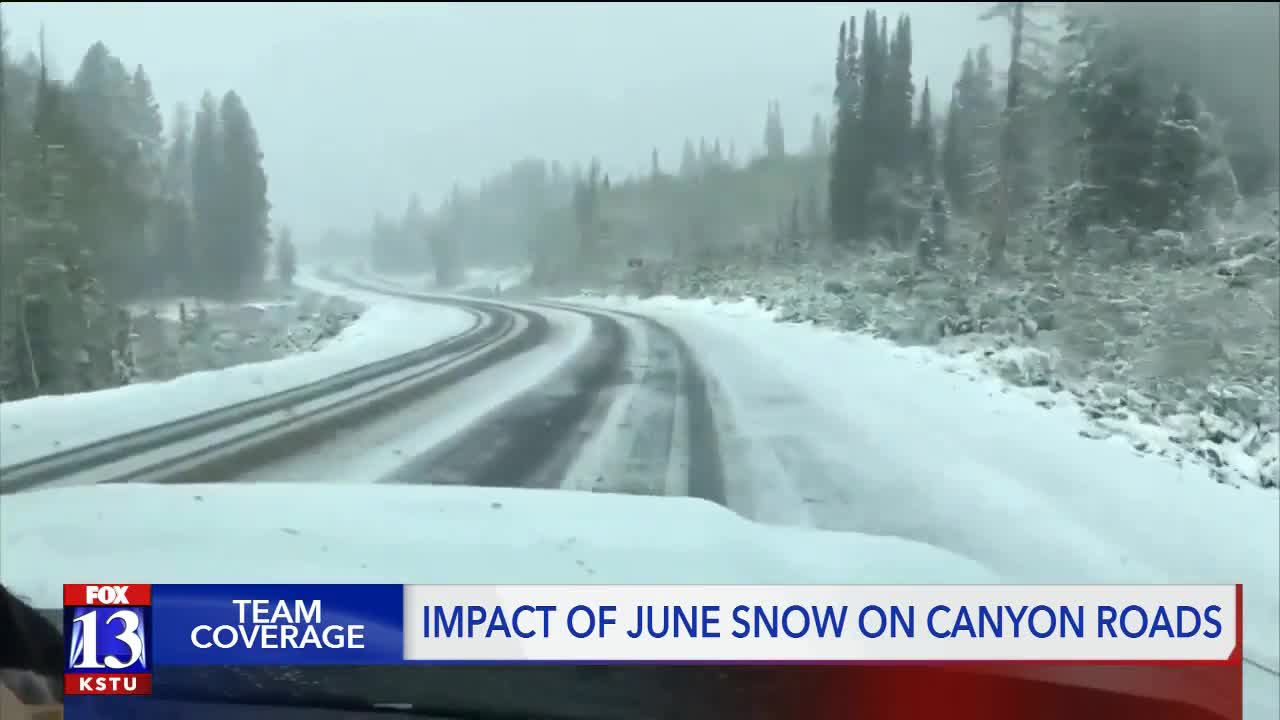 UDOT has to send the snowplows up the canyons for a June snowstorm.

Signs at the mouth of Big Cottonwood Canyon warned of debris in the road after several mudslides and rockslides came down.

UDOT snowplows were dispatched to both Big and Little Cottonwood Canyons.

Since the weekend, several inches of snow have fallen causing some pretty big rocks to come down.

Those have been pushed to the side, but because of a damaged drain system from a mudslide last year, the water didn’t drain as quickly as it should.

UDOT says it seems crazy to see snowplows out in June, but it isn’t entirely unexpected.

"I’d like to say it’s a normal winter day in the canyon but the problem is it’s June," UDOT spokesperson John Gleason said. "It is something that we deal with from time to time and our plows are always ready to go."

Utah resident, Risa Hawes, was taken by surprise. She had already removed the snow tires from her car.

"I drove all the way to the top of the canyon and it was 39 degrees," Hawes said.

There have been no major slides, but UDOT crews are keeping an eye on things and clearing out the mud as it comes down.