Suspect on the run, man in critical condition after shooting in Salt Lake City 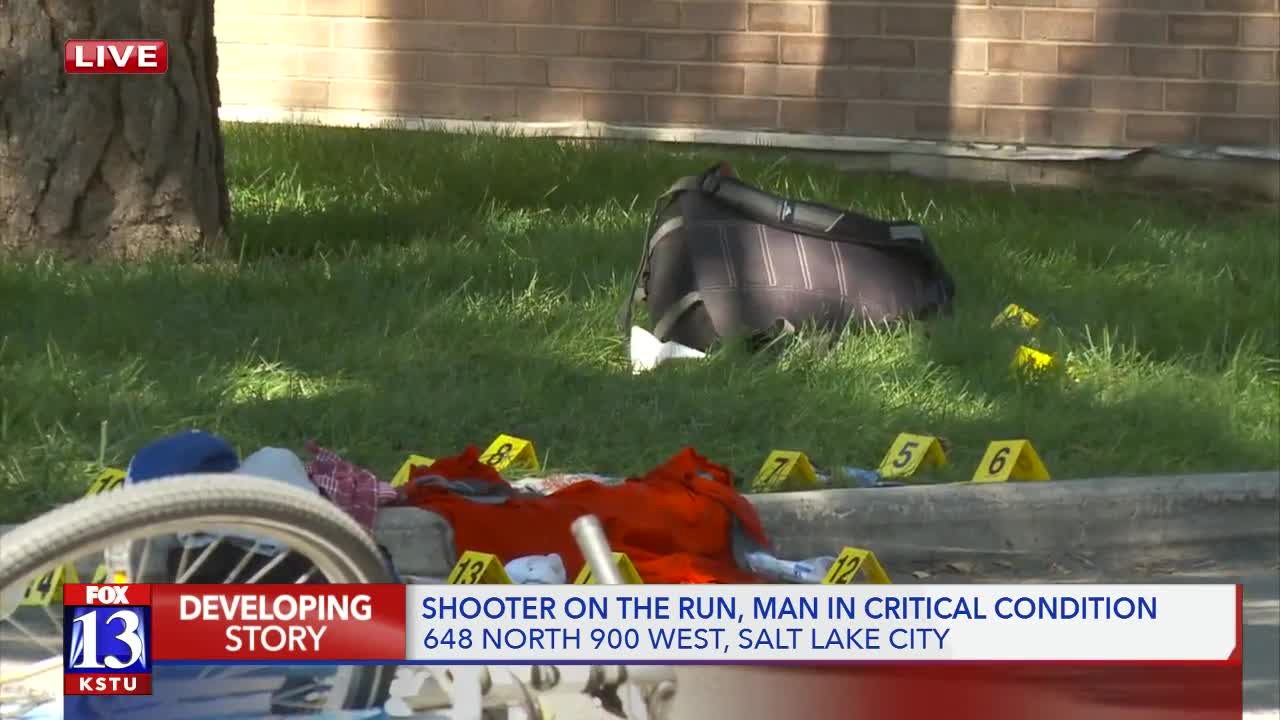 Shooter on the run, man in critical condition in SLCv

SALT LAKE CITY — A man is in critical condition after being shot in the torso Thursday afternoon in Salt Lake City.

The man was outside when officers arrived at the scene. He was taken to the hospital with life-threatening injuries.

The suspect is on the loose, but there is no immediate threat to the public as police believe this was an isolated incident.

A darker colored Honda Civic or Accord may have been involved.

Police are in the early stages of investigation. Video surveillance from the scene is being collected and people are being interviewed.

Anybody who may have additional information about the incident should contact police.