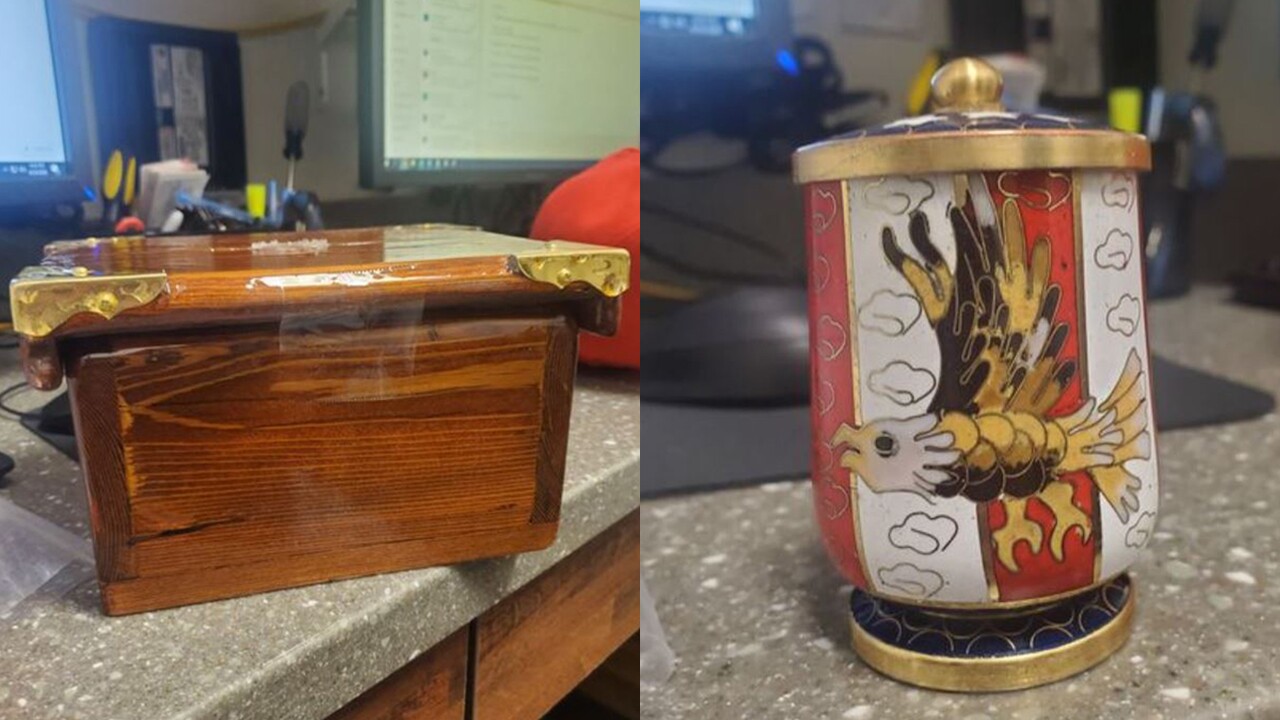 Ellie Davidson
Employees at a Maverik in Tooele are looking for whoever left behind a box with an urn inside it last month. 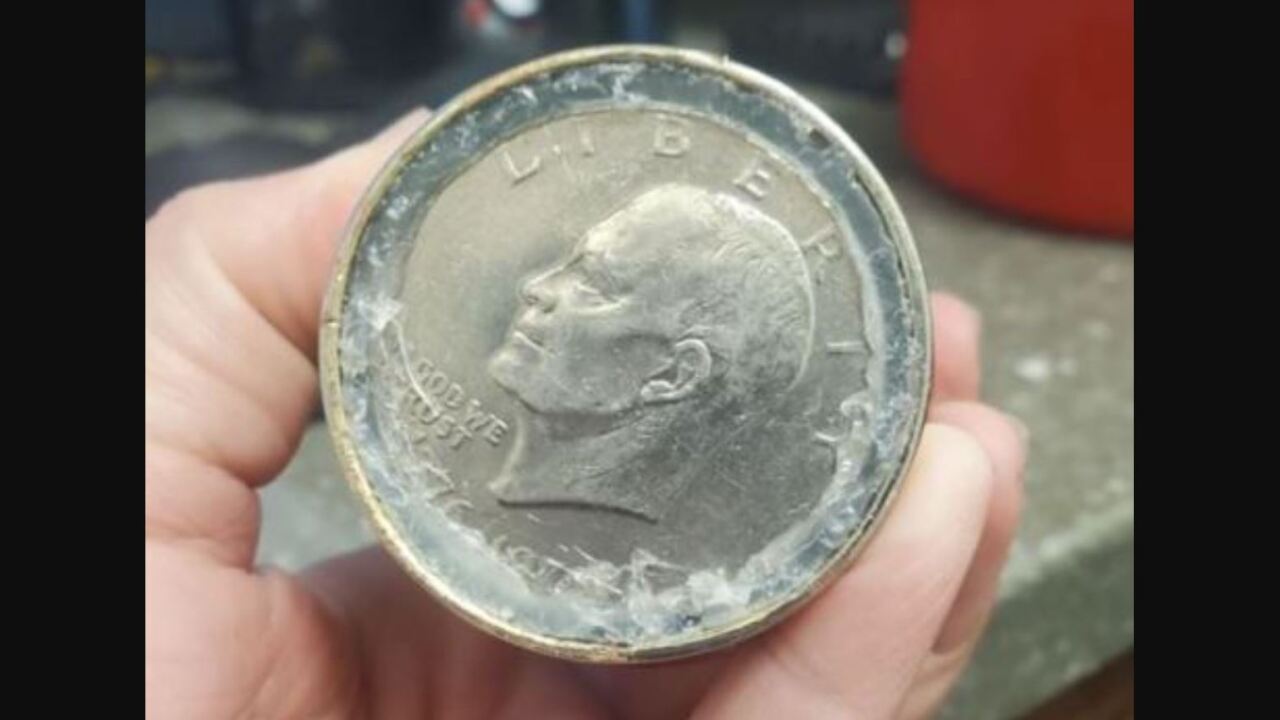 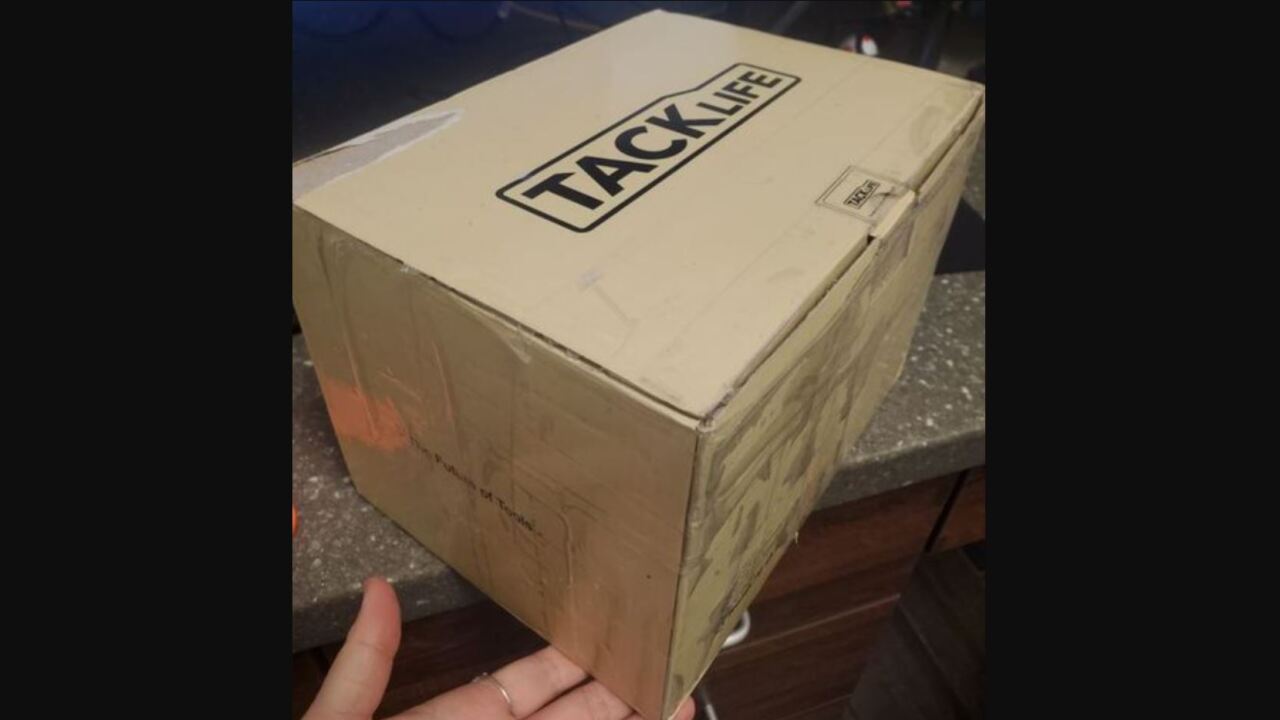 TOOELE, Utah — Employees at a Maverik in Tooele are hoping to find the owners of an urn left in the store last month.

Manager Ellie Davidson said an employee found a cardboard box labeled "TACK LIFE" in one of the bathrooms. At first, they didn't open it and set it aside to wait for whoever left it behind to come back and claim it.

Eventually, they opened it and found some unexpected contents.

Neither the boxes nor the urn had any indication of whom they belonged to. However, the unique design of the urn may be familiar to someone. It has a bald eagle design on top of a red and white striped background, along with blue and gold trim. On the bottom of the urn is a design of an enlarged Eisenhower dollar.

Davidson said she has posted the photos on Facebook, including in a community group, but still no one has claimed it. She doesn't know if the remains inside belong to a person or a pet, but she says she doesn't believe anyone would leave something like it behind on purpose and just wants to reunite it with its owner.