Trial starts next week over girls tackle football in Utah 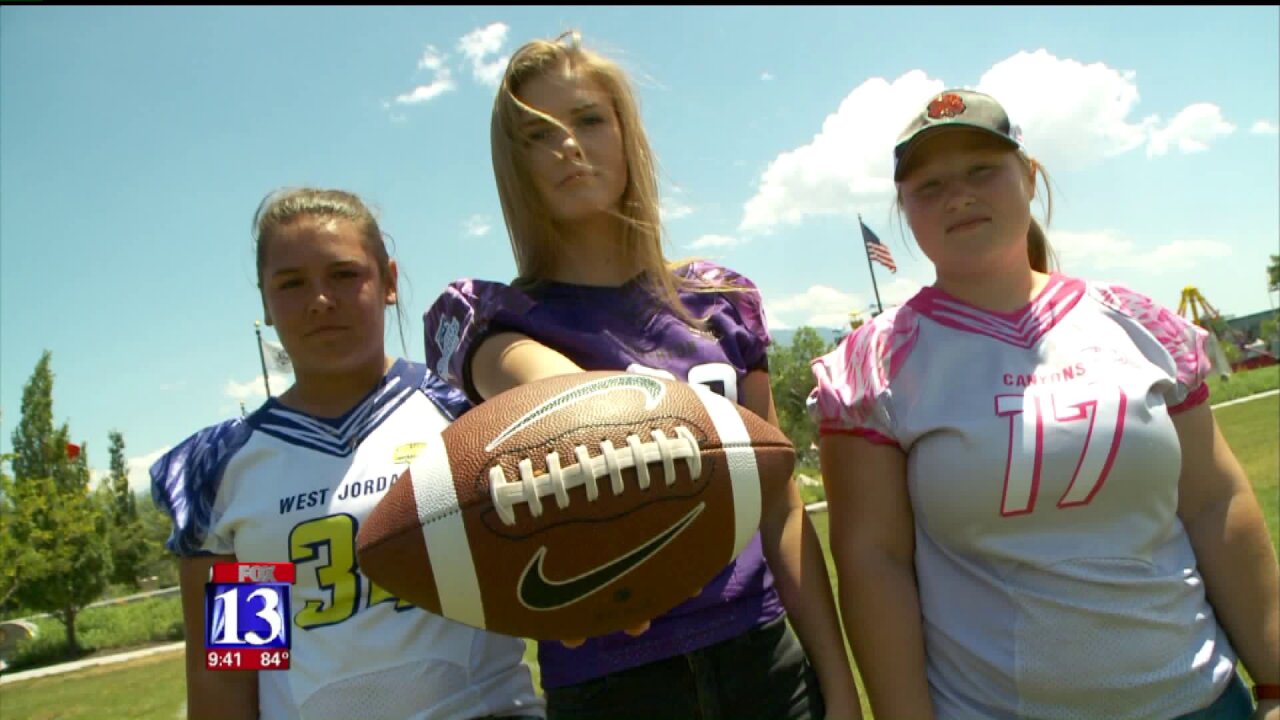 SALT LAKE CITY — A trial will begin next week in a lawsuit filed by several girls seeking to play tackle football in Utah.

Viral video star Sam Gordon and several other girls have sued the Jordan, Canyons and Granite school districts, as well as Utah High School Activities Association, alleging their Title IX rights were violated by the schools not allowing girls football teams. Title IX is the federal law that prohibits gender discrimination in education.

According to the docket from a Tuesday hearing, U.S. District Court Judge Howard Nielsen Jr. set a bench trial that starts Monday and is expected to wrap up by the end of this month. A bench trial is where a judge hears arguments and witnesses and renders a verdict, not a jury.

Gordon became known for her football skills when videos of her went viral. They showed her beating boys her age when she played against them. Gordon also appeared in an ad for the NFL during the Super Bowl.

"Plaintiffs will demonstrate that girls have been excluded from high school tackle football. The Defendants classify football as a boys’ sport, or at least did so until well after this lawsuit was filed, after which they began to drop the gender descriptor but otherwise changed nothing about how they offer the sport," Gordon's lawyers wrote in a brief filed with the federal court.

But the school districts argue that federal law doesn't cover what the girls want.

"The defendants recognize the passion the young women named plaintiffs display in their love of football and their sincere desire to play high school football on an all-girls team. They are well-spoken, intelligent, and athletic. No one should be confused. The defendants’ opposition in this case does not challenge that passion or the sport of girls tackle football," attorneys for the USHAA and Utah Attorney General's Office (representing the districts) wrote. "Rather, the argument before the Court is whether federal law requires the defendants to fund, supervise, and sanction girls tackle football ahead of and in the place of another sport in which girls have demonstrated an interest or at all. It does not."