UHP Trooper hit by truck near I-215 and California Ave 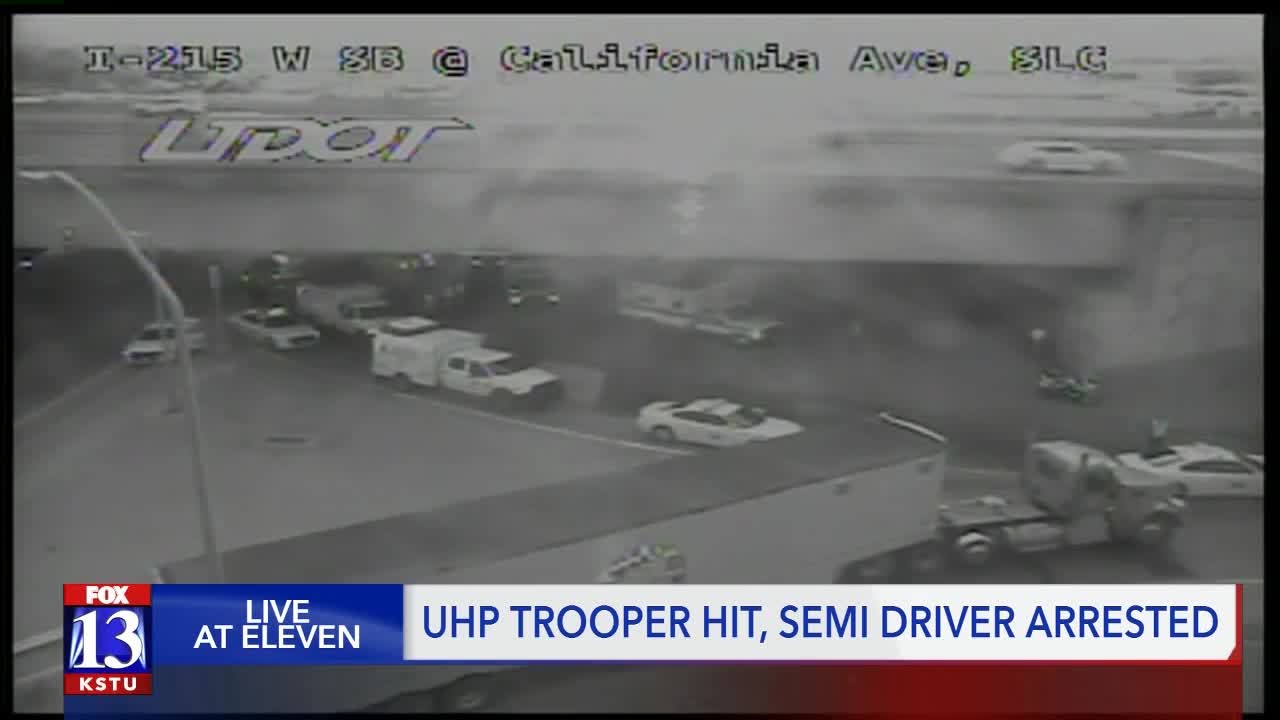 SALT LAKE CITY — A Utah Highway Patrol trooper was hit by a truck Tuesday morning near I-215 and California Ave.

The trooper noticed some slick spots on the I-215 southbound ramp and parked his truck in the lane to block cars from driving through the area.

As the trooper was out of his vehicle, and walking in the blocked off area, a semi blew past the closure and proceeded to drive up the on ramp, investigators said.

The trooper jumped up on the running boards of the semi to talk to the driver and tell him to stop and explain the situation, but that’s when UHP says the semi driver decided to take off, forcing the trooper to quickly jump off the truck. The trooper suffered injuries to his arms, legs and back, and he was released from the hospital shortly before noon.

Other troopers stopped the truck and arrested the driver on suspicion of assault on a police officer, failure to respond to a command to stop and driving on a closed road.

“He is in trouble,” UHP Corporal Andrew Battenfield said. “We actually had two other UDOT vehicles here and one stayed with the trooper and the other one followed the truck and radioed to get other troopers and finally got the truck stopped over on I-15 and 3300 South and that’s where it was taken into custody.”

The injured trooper is expected to make a full recovery.