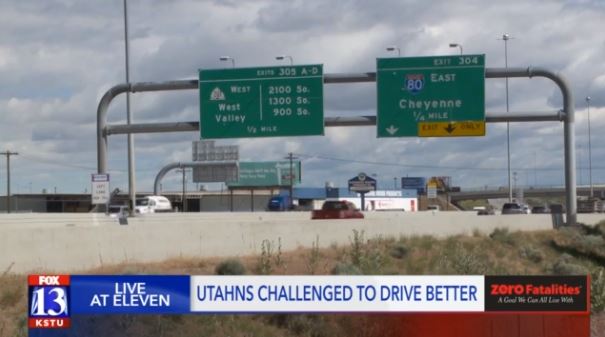 Memorial Day weekend marks the beginning of the 100 Deadliest of Summer - the time of the year when, historically, the rate of fatal crashes is nearly double the rate for the rest of the year.

UHP and Utah Department of Transportation officials want to turn that statistic around and make the time between Memorial Day and Labor Day the 100 safest days.

They've released a new PSA that shows a man struggling to shave while eating a sandwich and using his phone.

"The message is that we need to put all of the distractions down and treat driving as the most important thing that we're doing all day, because, for most of us, it is one of the most dangerous things that you can do," said UDOT spokesman John Gleason. "We all take it for granted because we do it so often, but it only takes a moment to take your focus off of the road and the results can be deadly."

While overall crashes are down, due in part to less traffic as a result of COVID-19, 82 people have died in crashes on Utah roadways so far this year - the highest year-to-date fatality rate since 2017.