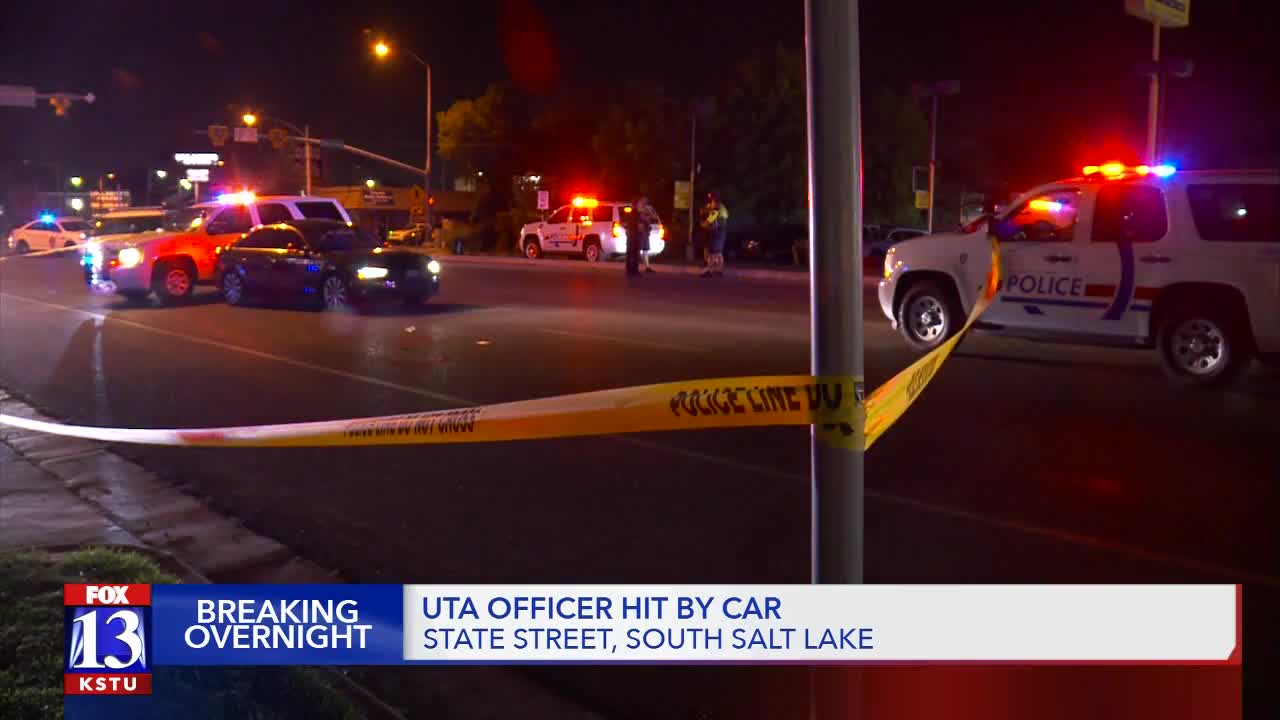 A UTA officer was helping a person catch a dog running down State Street when she was hit by a car.

SOUTH SALT LAKE, Utah — A Utah Transit Authority police officer is in the hospital after being hit by a car in South Salt Lake Tuesday night.

The officer had gotten out of her vehicle to help someone track down their dog that was running along State Street.

That’s when the driver of an Audi sped around a corner and the car hit the officer.

Investigators say the car was traveling between 30 and 40 mph when it struck her.

Mark Pando was sitting on a UTA bench at the time.

“She started to walk around the east side, and all of a sudden a black Audi come running around, sliding, and hits her,” Pando said. “And then she flipped, landed on her back.”

Pando said the officer was alert, but had a bloody nose and she complained that her chest and her lower back hurt.

South Salt Lake police responded to the scene, but still don’t know the extent of her injuries.

She was taken by ambulance to a hospital in critical condition.

“Fortunately, she was conscious and breathing,” said Deputy Chief Dwayne Ruth. “But when the human body is struck by a vehicle on State Street, there could be deeper injuries. I hope not.”

Ruth said the driver of the car may have been impaired and was taken into custody for further tests.

He also reminded people that an officer's job often requires them to get out of their cars and that drivers should be on the alert any time they see a patrol car's emergency lights on.

Officers were able to capture the dog and return it to its owner.