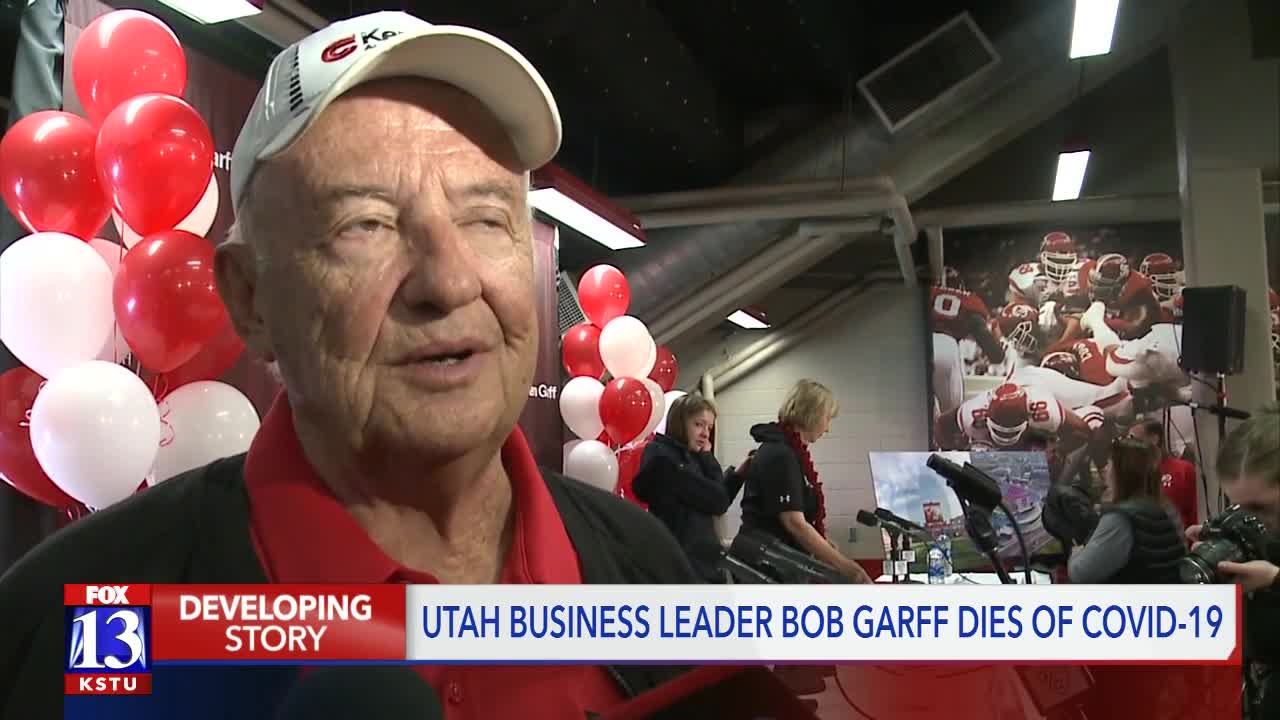 Bob Garff, a titan in Utah's business and political community, has died of coronavirus, his daughter announced. 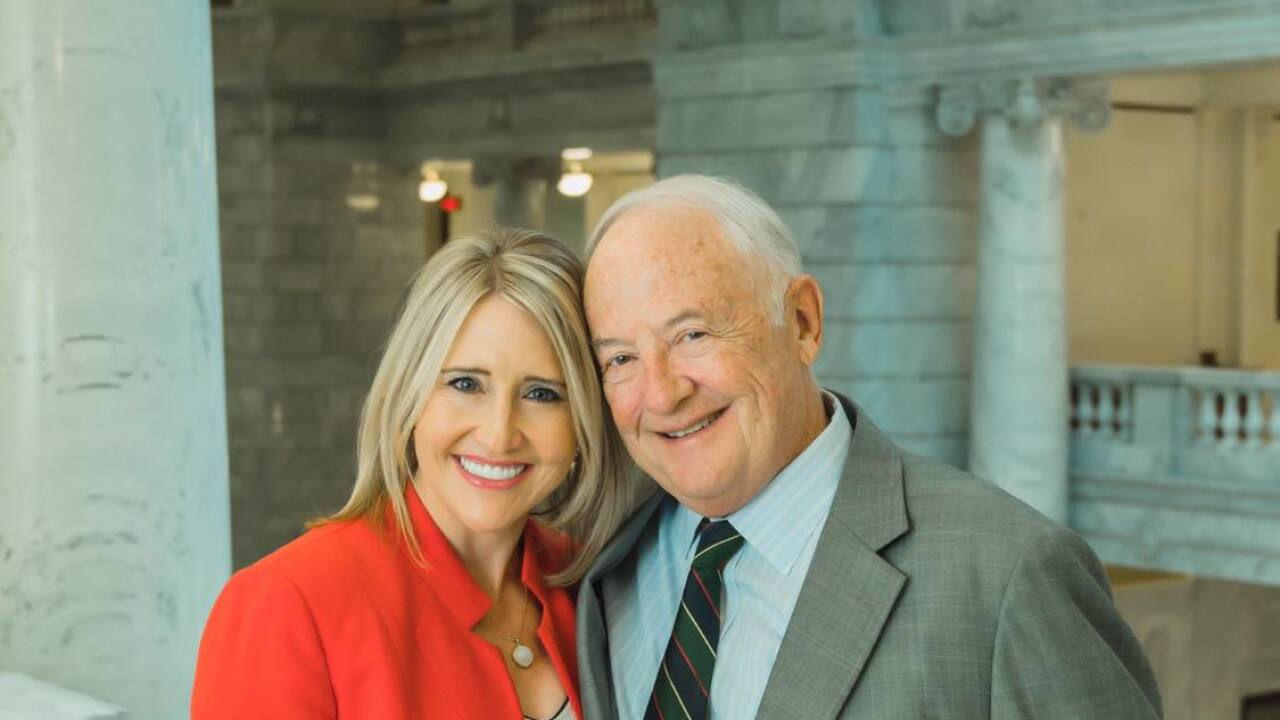 SALT LAKE CITY — Bob Garff, a titan in Utah's business and political worlds, has died of coronavirus, his daughter announced. He was 77*.

Rep. Melissa Ballard, R-North Salt Lake, said he passed away from COVID-19 in a post on Facebook Sunday. He is the third person in Utah known to die of the virus.

"My loving dad passed away peacefully today from COVID-19. He has lived a long and happy life, full of vigor and love for our state and our families. I count myself blessed to be serving in the Utah House of Representatives just as my Dad did," she wrote.

Garff, the chairman of the Ken Garff Automotive Group (named after his father), was also a former Speaker of Utah's House of Representative. He also previously served as chairman of Deseret Book, Intermountain Healthcare, and the Salt Lake Olympic Organizing Committee for the 2002 Winter Games.

The Ken Garff Automotive Group said Bob Garff and his wife, Katherine, both tested positive for COVID-19 after returning from a visit from California. They both self-quarantined, but earlier this week he felt ill and was admitted to the hospital. Katherine Garff is recovering at home, the company said.

"Robert loved his family immensely and will be missed by them as well as his employees and many friends. We ask the media and public to please respect the privacy of the Garff family as they grieve the loss of their husband, father, and grandfather," the company said.

Condolences came in across the business and political arenas.

"We have lost a really great man. Bob Garff touched countless lives and gave so much service to our state, and its people," Governor Gary Herbert said in a statement Sunday. "He was such a positive example to all of us. He leaves a hole in our heart and in the community. Our prayers are with his wife Kathi and the Garff Family, and all the families that have suffered and are suffering."

"It is with a heavy heart that I say goodbye to former House Speaker Bob Garff, who passed away today after a battle with COVID-19. Bob led a life of selfless service to others, which included leadership roles in the business, government, and faith communities," he said. "I also share my deepest condolences to his daughter, Melissa Garff Ballard, who serves as a member of the Utah House of Representatives. Bob’s influence is far reaching and will be deeply missed."

Across the aisle, the House Minority Caucus expressed their condolences.

"We are very saddened to learn that Rep. Melissa Ballard’s father, former Utah House Speaker Bob Garff, has passed away. We express our heartfelt condolences to his family and express our appreciation for his services to the state of Utah," House Democrats said in a statement Sunday.

Sen. Mitt Romney, who served with Garff during the 2002 Winter Olympics, said he was "heartbroken" over the news.

"It breaks my heart. Bob’s contributions to our state, to our economy, and to our church will be heralded by many. But for me, it was his sound and principled leadership as the Chairman of the Olympic Winter Games of 2002 that is most compelling. The scandal that surrounded the Games could have overwhelmed our collective commitment, but Bob’s genuine goodness, clear-eyed optimism, and can-do management experience helped to re-ignite our confidence and community spirit" Sen. Romney said in a statement. "The Games were arguably the best ever, in large measure thanks to the character and care of Bob Garff. Ann and I will miss our friend very, very much. We send our sympathy and love to dear Kathi."

*FOX 13 previously reported Garff's age as 78 before it was clarified that he was 77.