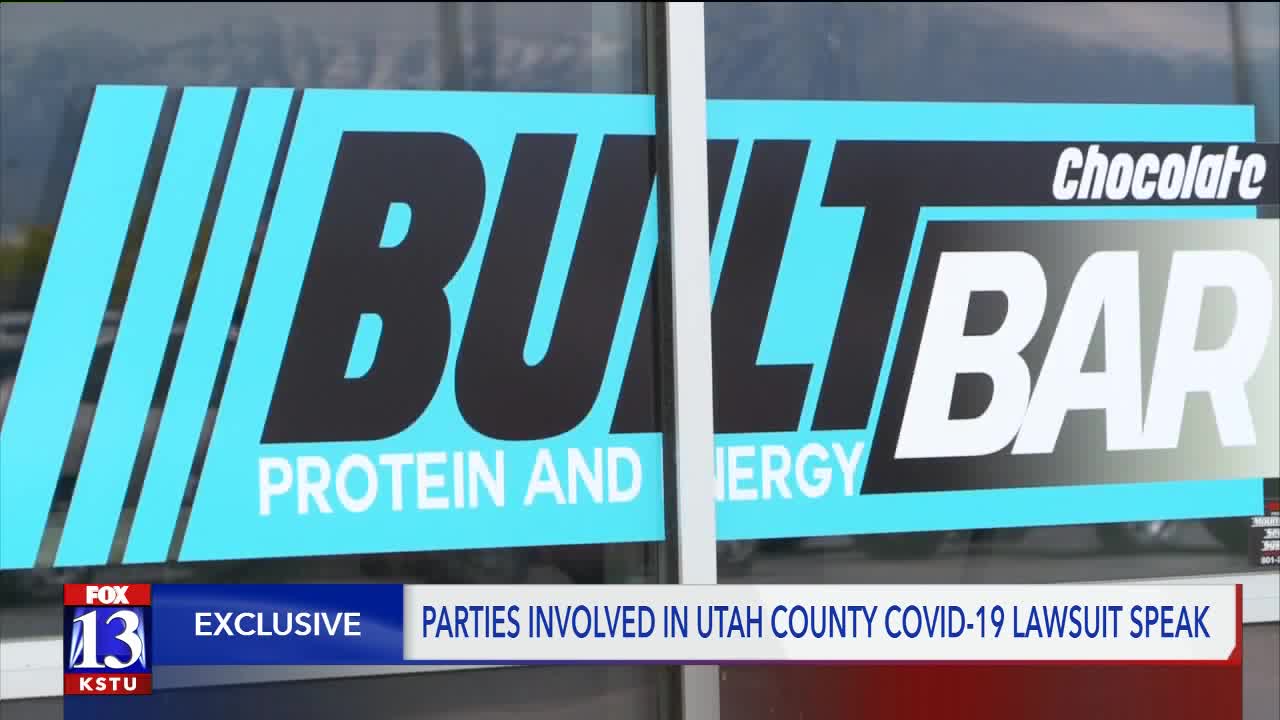 Utah County-based protein bar manufacturer, Built Bar, is being sued by a former employee for allegedly putting employees in danger by not following COVID-19 guidelines and threatening to fire anyone who talked about the virus.

AMERICAN FORK, Utah — Utah County-based protein bar manufacturer, Built Bar, is being sued by former employee Victoria Flores for allegedly putting employees in danger by not following COVID-19 guidelines and threatening to fire anyone who talked about the virus.

Another employee also came forward to FOX 13 News. He asked to not reveal his identity for fear of retribution. FOX 13 News verified his employment through pay slips he provided.

“I had the virus. They told me to not say anything at all. To stay quiet,” he said.

A lot of people got sick because employees were not told the truth, the employee said.

One of the allegations in the lawsuit is that people were told to not talk about COVID-19.

A spokesperson for Built Bar sent FOX 13 News a copy of the text message sent to employees, saying the allegations are being taken out of context.

The message read: “Please respect our employees who may be sick. HIPPA laws of medical privacy PROHIBIT ANY TALKING OF OTHER EMPLOYEES HEALTH. You have a responsibility, as an employee, to protect our team members and protect the company. Violation of this in ANY way could result in termination of your employment. Be respectful.”

“The reason we sent the text and communicated company wide was because there were people speculating openly and asking their co-workers if they had COVID-19, which is illegal. If someone has or had the virus or any other illness, it is their prerogative whether or not they want to communicate regarding their health,” Greer said.

Flores said Built Bar "never provided their employees with any type of protective equipment, such as masks, gloves or sanitizer," the suit alleges.

Built Bar continues to be very proactive and has taken precautions against COVID-19, Greer said.

“In certain areas of our facility, in different areas, they were given masks. We did everything we could because of the shortage of masks,” he said.

Flores’ daughter, who has Down Syndrome and "respiratory cardiac deficiencies," also contracted COVID-19 and had to be hospitalized for several weeks, she said. Her daughter is now home from the hospital, but remains on oxygen.

“It is really a death sentence for employees, particularly when you go home to a child that is susceptible, or more susceptible to illness or injury,” said attorney Mark Carlson, who represents Flores.

It appears that Flores was the first to talk about allegedly unsafe work conditions at Built Bar, her other attorney Juan Gutierrez said. He believes it boils down to a few things.

“One of them being the language for sure. They are Spanish speaking, they don’t know who to go to, they don’t have contacts in the community that they can go to seek legal assistance or any type of assistance for that matter. The second factor was that this is a pretty tight community, they all know each other so to come out and just say, ‘I’m infected with this virus’ it is a stigma that nobody in our community likes to have,” he said.

Flores has since been fired from Built Bar.

“Victoria was part of a reduction in force of 39 employees,” Greer said.

She was terminated before the company was aware of the lawsuit, Greer said.

“We welcome any state agency or agency to come in and come to our facility. Let's talk," he said.

When asked if Built Bar was one of those businesses, Greer replied: “I sure hope not. We haven’t been told.”