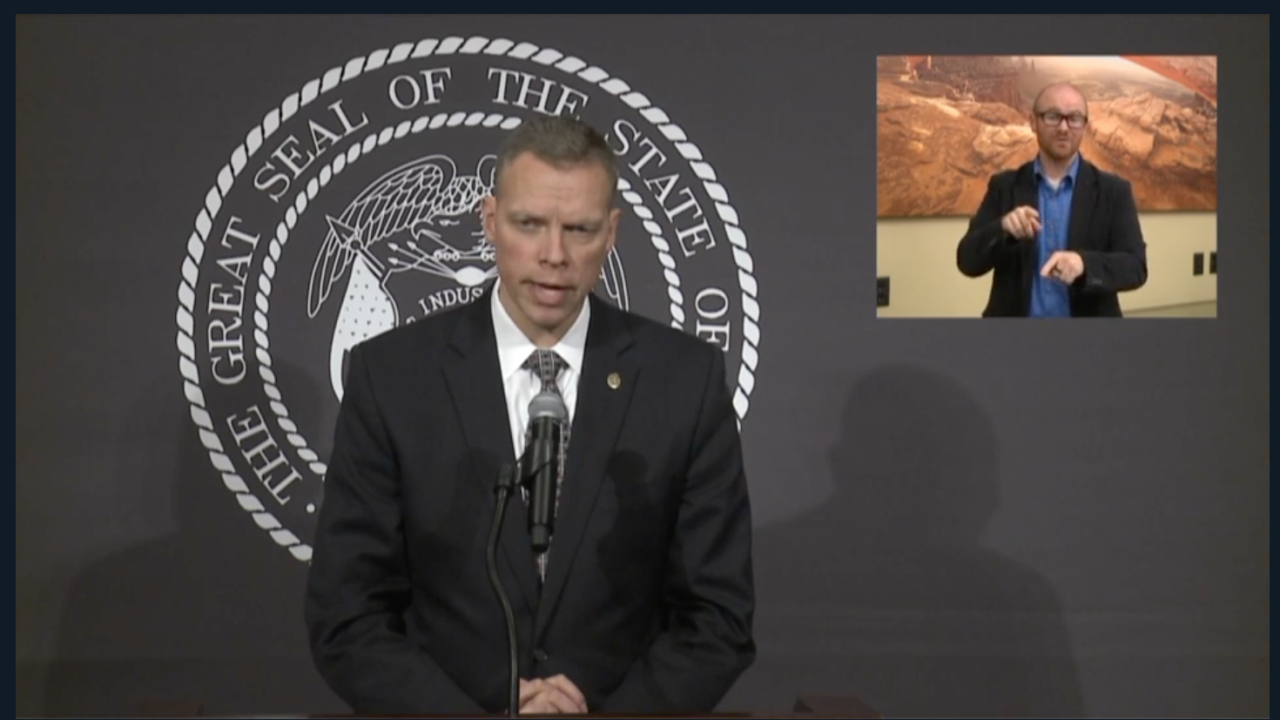 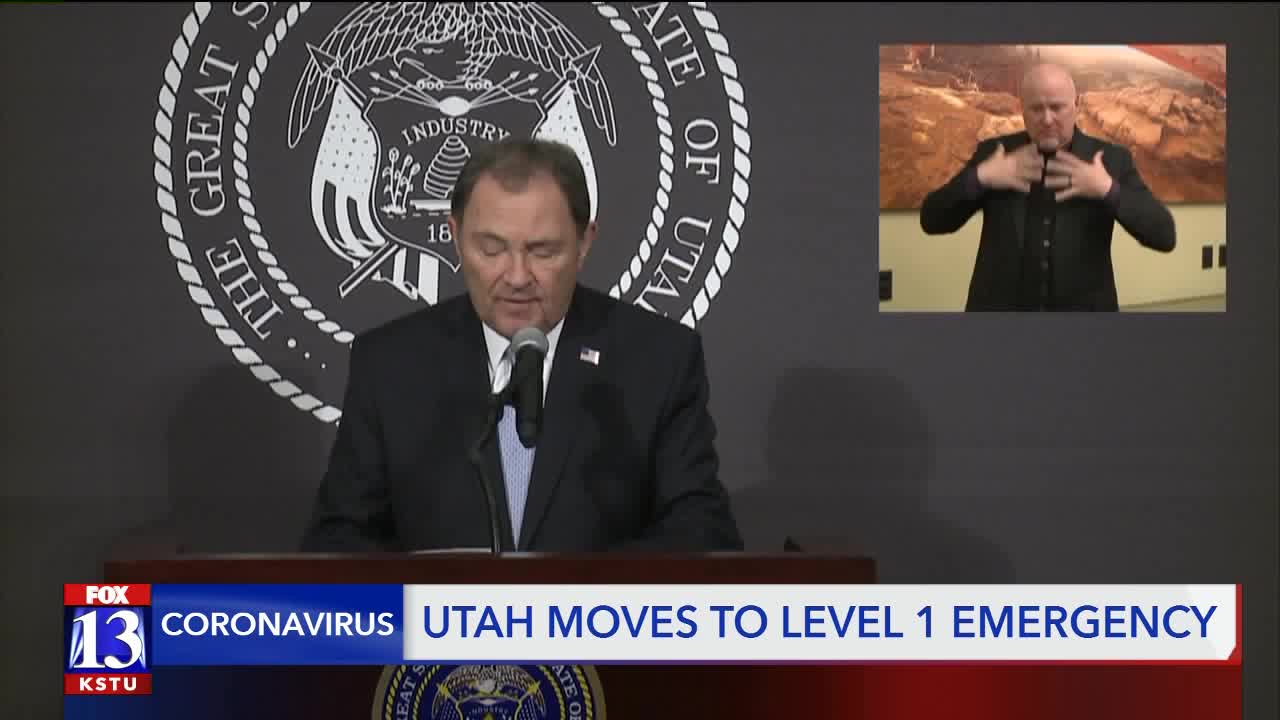 SALT LAKE CITY — Utah has moved to its highest state of emergency as a result of the novel coronavirus.

At a briefing on Tuesday, Governor Gary Herbert announced the state had moved to a "Level 1" emergency. The last time Utah did that was during the 5.7 earthquake that hit the northern part of the state.

Utah Department of Public Safety Commissioner Jess Anderson said the state will make a "major disaster declaration" with the federal government to get more resources to the state. That would include personal protective equipment for health providers, as well as other relief.

Public health remains the top priority, the governor said. Then, the state will focus on economic recovery. He urged people to continue to stay at home and practice social distancing if they venture out.

"I'm confident we're doing everything that can be done," the governor said, urging people to stay home. "It's going to be a few weeks of discomfort but we'll get to the stabilization phase and then recovery."

On Tuesday, the Utah Department of Health reported five fatalities and 887 positive cases of COVID-19 in the state. There have been 18,513 tests conducted. State epidemiologist Dr. Angela Dunn told reporters on Tuesday that every single region in the state has a case of COVID-19 now.

She said there are still some positive signs as Utah's infection rate remains about 5%.

On Tuesday, Tooele County issued a stay-at-home order. They join Summit, Salt Lake and Wasatch counties. Gov. Herbert has resisted calls for a statewide stay-at-home order. Dr. Dunn said the Utah Department of Health did advise the governor of the benefits of one order, but he has chosen to allow local health departments to implement them.

"We do recognize the variety of situations going on across our state from urban districts to the more rural districts in density of people and cases," Dr. Dunn said. "So I think that’s why the governor has left it up to the local jurisdictions to determine what’s best for them."

Meanwhile, Gov. Herbert did make some changes at Utah's Department of Health. The agency's director, Dr. Joseph Miner, is not in good health and considered a high risk for contracting COVID-19. He has been told to stay home and self-isolate.

To run the day-to-day operations, Gov. Herbert has tasked retired Utah National Guard General Jefferson Burton with running the state health department. Gen. Burton is not a physician, but has experience with disaster response efforts.