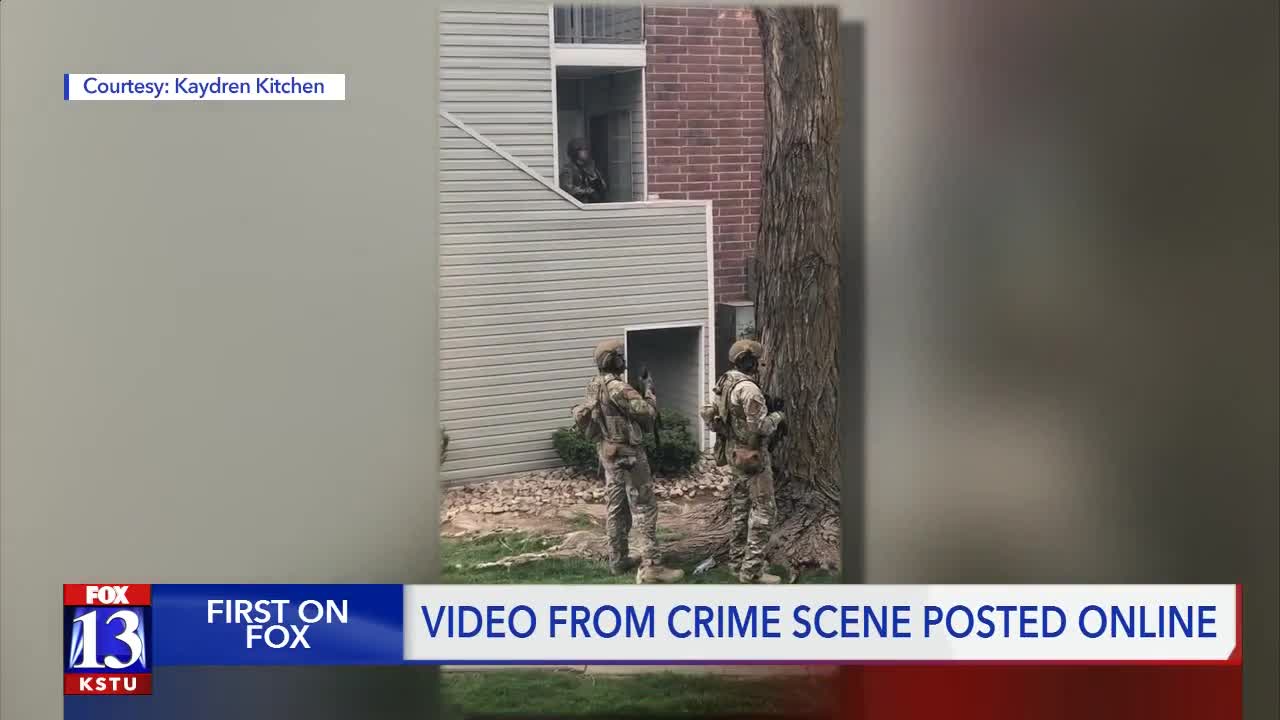 Gruesome cell phone video captured before a possible murder-suicide in Midvale was posted on a popular social media outlet.

On Friday, two bodies were found inside a third-floor unit at Candlestick Lane Apartments near State Street and 7800 South.

Video captured by neighbors shows an intense exchange between negotiators and a man with a gun.

A domestic violence call to 911 sent officers to the apartment just after 10:30. When they arrived, the armed man refused to come out.

“It was pretty intense, we didn’t know how it was going to end,” said Kaydren Kitchen.

While Kitchen filmed outside, the man apparently was filming inside.

“He was saying, ‘I’m sorry. I’m sorry. I apologize to my family and my kids.’ And then he just said it was his time to shine,” said a Salt Lake woman who asked to be called Melissa.

“He showed a pile of blood on the floor and then a table knocked over and made his way to where the body was and showed the lady just laying there in a big pile of blood,” she said.

Melissa said the videos also showed two assault rifles. Police could be overheard in the background.

Melissa and other Snapchat users alerted Unified Police and shared a copy of the video, according to Unified Police Detective Ken Hansen. He said they used that information to evacuate the building and try to negotiate with the suspect.

“Our whole point of the negation was to get these persons out alive. It’s unfortunate that that didn’t happen,” Hansen said.

Several hours into the standoff, gunshots were heard from inside the apartment.

Hansen said that’s when the man stopped communicating with police.

A robot was sent inside before SWAT stormed into the apartment and found the two bodies, according to Hansen.

“We just see the guys walking out. They just looked really sad and disappointed. That’s when we knew what had probably happened,” said Kitchen.

Later Friday night, police identified the deceased individuals as Miranda Schachinger, 26, and Isaac Andre Renfro, 26. They both lived in Midvale.

It’s unclear how many people saw the videos posted on Snapchat.