We are not alone? Mysterious object found in Utah during sheep count 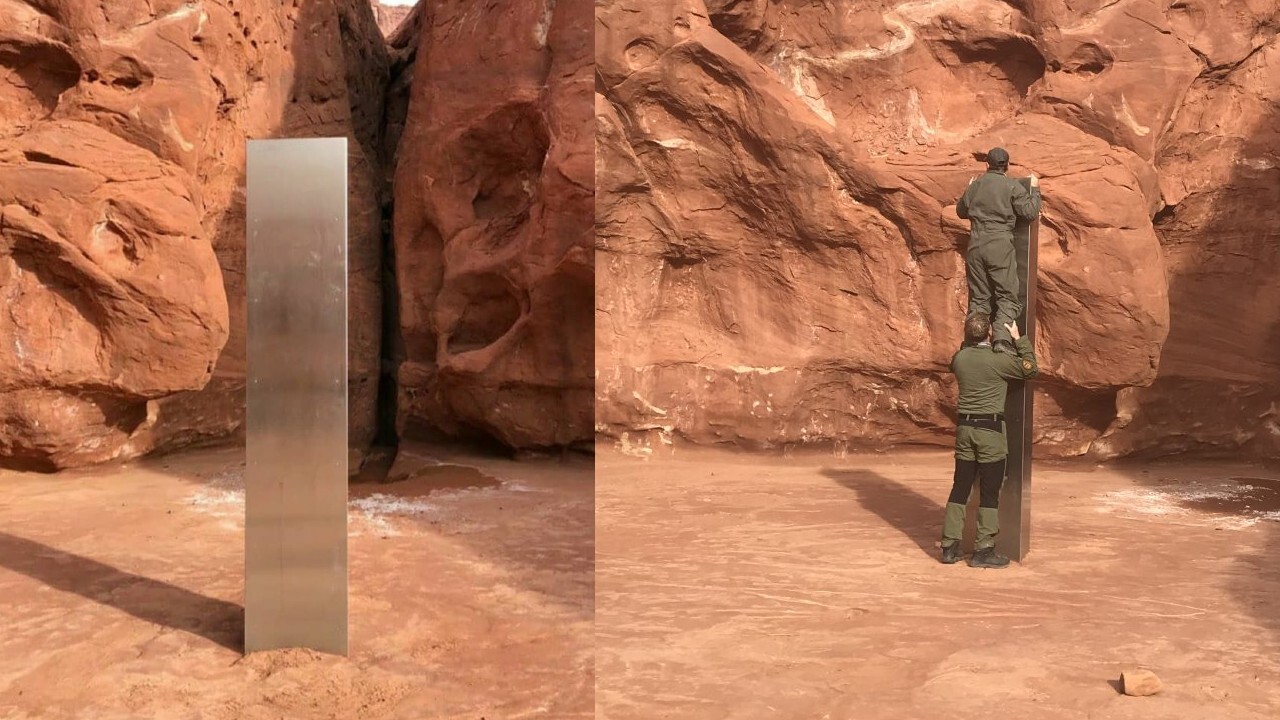 UTAH — Not since a monolith was found on the surface of the moon in Stanley Kubrick's classic "2001: A Space Odyssey" has a mystery object confounded the greatest minds of our generation.

The Utah Highway Patrol posted a photo to social media Friday showing a curious metallic-looking object found during a count of big horn sheep in the southeastern part of the state.

According to the post, the item was found buried in the "middle of nowhere" with UHP asking the public what they think it is. One person suggested "it fell off the UFO we've been seeing in Ogden lately."

While no alien craft have been officially seen in the area, nothing can be ruled out.

Most likely, it's just a piece of sheet metal placed in the ground as a prank or hoax. However, if you get close and hear someone say "Open the pod bay doors, Hal," you better run.

Officials won't announce the exact location of the object as "it is in a very remote area and if individuals were to attempt to visit the area, there is a significant possibility they may become stranded and require rescue."

Did you know that @utahdpsaerobureau helps @utahdwr with counting big horn sheep every year? During the count they came...