Where can you light fireworks in Utah this weekend? 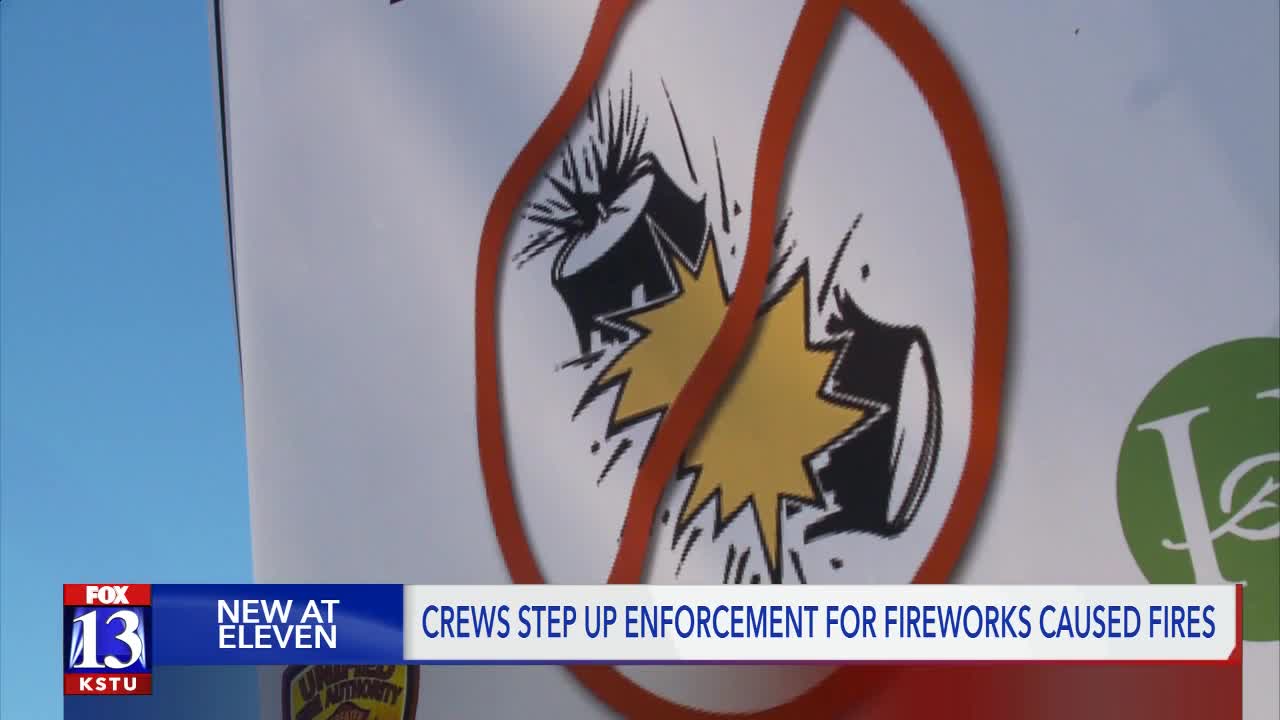 Multiple wildfires have already been started this summer by fireworks set off outside of the allowed dates, as well as in restricted areas.

SALT LAKE CITY — The Fourth of July weekend is officially here, which means firefighters are now on high alert for blazes caused by fireworks.

Multiple wildfires have already been started in Utah this summer by fireworks set off outside of the allowed dates as well as in restricted areas.

Statewide, fireworks are only permitted on July 2-5, July 22-25, New Year's Eve and Chinese New Year's Eve. And even during those times, many areas are off-limits to fireworks due to factors contributing to high fire danger.

Utah House Bill 38 mandates that fireworks are only allowed to be lit between the hours of 11 a.m. and 11 p.m. on the permitted dates in July, but until midnight on July 4 and July 24.

In spite of all the warnings and guidelines, fire officials say this is their busiest time of the year, and many of the fires they deal with around Independence Day and Pioneer Day are preventable.

Many communities have signs plainly posted prohibiting the use of fireworks, especially in areas where the terrain is tinder dry.

Despite the warnings, Matt McFarland with Unified Fire Authority says people will still choose to use fireworks at times and places where they shouldn’t.

One of the tools they have at their disposal to try and discourage that activity are citations which carry fines up to $1,000.

And McFarland says ignorance of the law is no excuse.

McFarland says between the different agencies in the Salt Lake Valley, they will likely issue upwards of 100 citations during a typical summer holiday time frame, and those fines could lead to civil penalties and monetary damages which can easily reach into the hundreds of thousands of dollars.

So if you have questions or about times, dates and places where you can legally set off fireworks we have put a state map on our website Fox13 out.com.