Winds tip over semi-truck on Legacy Highway in Farmington

Truck was parked on side of highway when pushed over 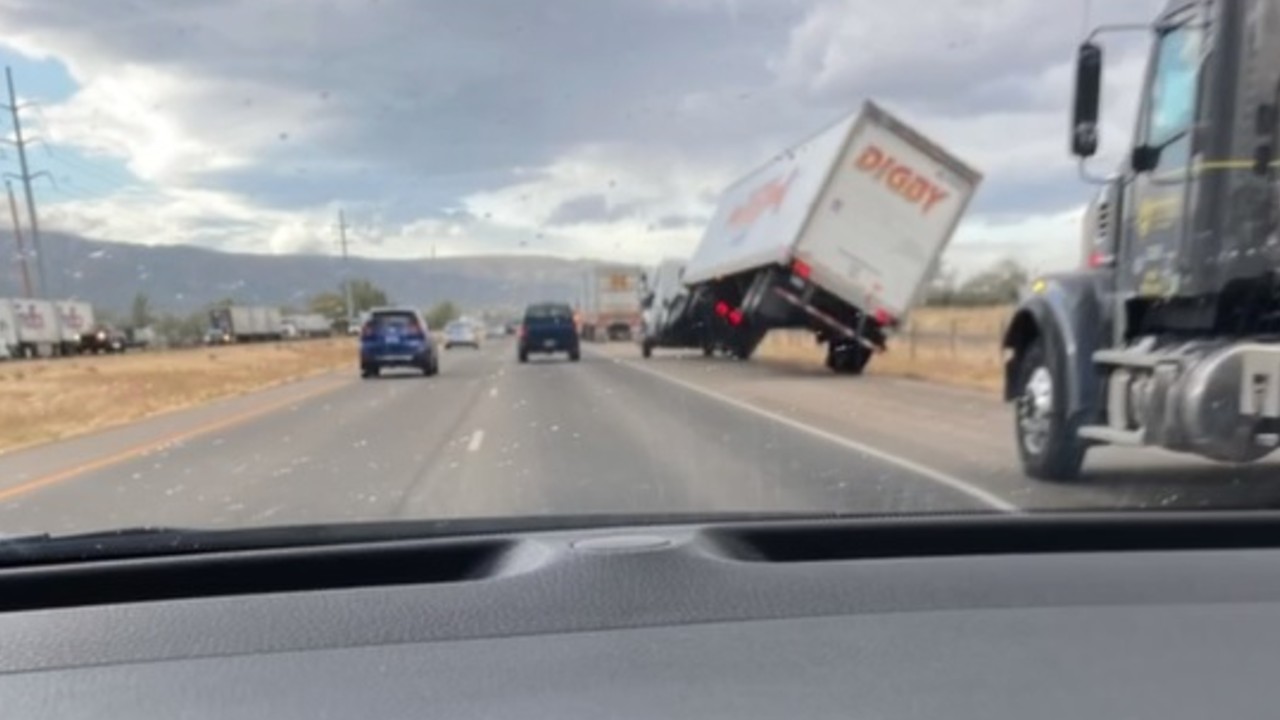 FARMINGTON, Utah — Heavy winds are forcing authorities to advise drivers to stay off the road in Northern Utah no matter what kind of vehicles they are using.

The Utah Department of Transportation said winds were so strong Tuesday morning that regular passenger cars are in danger on the road. However, those warnings were lifted as winds died down in the afternoon.

Video captured by FOX 13 viewer Cori Fox showed an 18-wheel semi-truck forced over by the wind while sitting on the shoulder of Legacy Highway in Farmington. It is not known if the driver suffered any injuries.

At 1:30 p.m., a UDOT spokesperson said at least three dozen semi-trucks had blown over in the previous 20 minutes.

All semi-trucks and recreational vehicles were told to stay off the road, but those restrictions were lifted in Weber and Box Elder counties at 3 p.m.

There are also concerns that overhead signs on the highways are not working due to power outages caused by the storm.

The Utah Highway Patrol is asking drivers to avoid I-15 from the north border of Salt Lake County to the Idaho border because of numerous closures along the highway. Authorities also advise drivers to stay in the vehicles due to flying debris.

Truckers, please don't risk it! The restrictions are in place for good reason. We continue to see toppled semis due to the wind gusts in North Salt Lake County and Davis County (including a couple on Legacy Highway). pic.twitter.com/PFUJNcjAOV

Remember: The hwy & interstate restriction is still in place for high profile vehicles in Northern Utah. Right now in Davis County we are highly discouraging anyone from driving on roadways in that county for the remainder of the morning. pic.twitter.com/BwbrPQrOAU